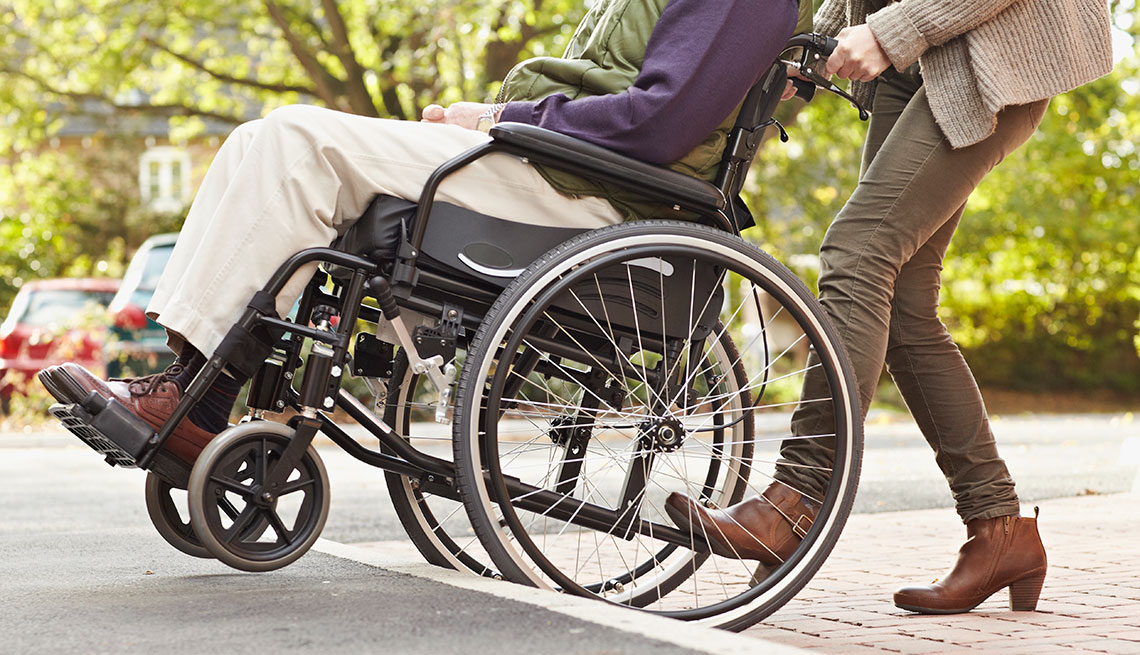 Lack of mobility is the most common disability among older Americans.

En español | A bill that threatens to weaken the landmark Americans With Disabilities Act (ADA) by making it more difficult to prove the law has been violated passed the House of Representatives Thursday. The measure would force 16 million older Americans with disabilities to comply with onerous new rules in order to enforce their civil rights.

The bill requires people with disabilities who want to sue over their inability to access specific businesses to detail in writing how they were denied access and which sections of the ADA they believe were violated. Business owners would then have 60 days to acknowledge the problem and an additional 60 days to either correct it or make “substantial progress.” The bill does not set a deadline for a business to fix the problem.

Advocates for people with disabilities were outraged by the House’s action. As House members cast their votes, protesters in the visitors’ gallery tried to drown out the proceedings by chanting, “Hands off ADA! Don’t take our rights away!” The ADA was enacted in 1990.

“We are extremely disappointed and downright angry to see this blatant attack on the civil rights of people with disabilities to access places of public accommodation,” the American Association of People With Disabilities said in a statement after the vote.

The bill, “ADA Education and Reform Act,” passed the House by a vote of 225-192. Lawmakers who support the measure say its intent is to protect the interests of business owners by making it more difficult for lawyers to file unfounded ADA lawsuits.

But in a letter to House leadership, Joyce Rogers, senior vice president of government affairs at AARP, said that while frivolous lawsuits have been a problem in several states, that does not justify the imposition of difficult notice requirements and lengthy waiting periods. Rogers pointed out that states already can impose sanctions on lawyers for frivolous litigation.

Rogers also emphasized the importance of the ADA in preserving the quality of life of older Americans with disabilities: “Mobility is the most common disability among older Americans,” she wrote. “Of those age 65-plus with a disability [about 40 percent of older adults], two-thirds report trouble walking or climbing.”

No companion bill has been introduced in the Senate. If this measure were to become law, it would have a significant impact on older adults with disabilities. “People of all abilities and ages should be able to enjoy services and community features that meet their needs, allowing them to live in the setting of their choice,” Rogers wrote.