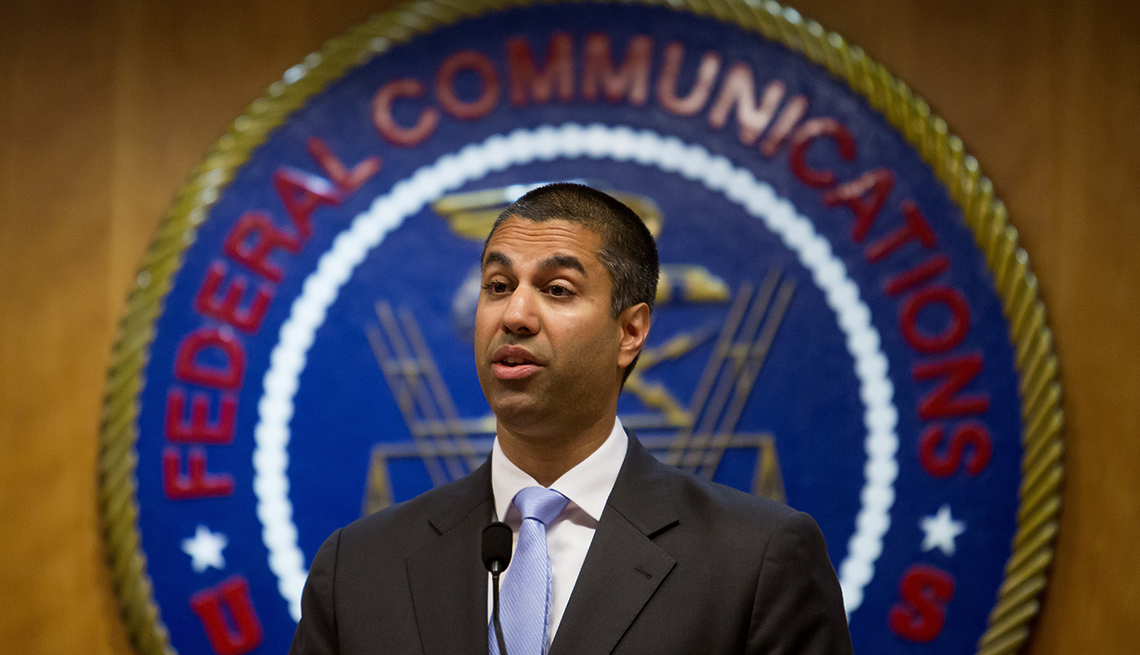 Rules that provide equal access to the internet were repealed by the Federal Communications Commission (FCC) on Thursday, setting off protests from consumer advocates and likely legal challenges.

The FCC’s decision to scrap so-called “net neutrality” rules is expected to transform the way that people use the internet by allowing major broadband providers — such as Comcast, AT&T and Verizon — to potentially block or slow down competing services and to charge more for certain content. It also bars states from imposing their own internet regulations. The 3-2 FCC vote was along party lines, with Republicans in the majority.

FCC Chairman Ajit Pai, a Republican, said the repeal of net neutrality rules will help avoid “heavy-handed government regulation” of the “phenomenal” development of the internet. "Quite simply, we are restoring the light-touch framework that has governed the internet for most of its existence,” Pai added. “The sky is not falling, consumers will remain protected, and the internet will continue to thrive."

But Commissioner Mignon Clyburn, a Democrat, warned that the outcome will harm individual users, small businesses and marginalized populations while giving control to "a handful of multibillion-dollar corporations."

“The widespread availability of high quality and affordable broadband connections — both fixed and mobile — will enable new applications and services that can enhance older Americans’ quality of life, including new methods of delivering health care and support for independent living,” noted AARP in its comments to the FCC opposing the rule change. “Policies to promote a vibrant and competitive internet ecosystem are essential for the continuation of this success.”

When the Pew Research Center began tracking internet use in 2000, just 14 percent of adults 65 or older said they went online. By May 2017, 67 percent were surfing the Net, Pew found.

Protests against the rollback include expected legal challenges. New York state’s attorney general plans to lead a multistate lawsuit to block the FCC decision. And the issue will likely become a flashpoint during political debates in upcoming election campaigns. The issue already has sparked hundreds of thousands of calls to Congress.

Some consumer groups also are targeting the FCC decision, warning that it could force people to pay more for what they do online while discouraging startup operations that may face higher costs from the major broadband companies to provide services.

"This gives free rein to broadband providers to block or throttle your broadband service as long as they inform you of it," says Chris Lewis, vice president at Public Knowledge, a nonprofit organization that supports an open internet.

The broadband industry lobbied for the net neutrality repeal, saying it would not significantly change the consumer’s internet experience. They say that the change will allow them to invest more in the development of broadband.

"The internet will continue to work tomorrow just as it always has," Bob Quinn, AT&T senior executive vice president, said in a blog post.