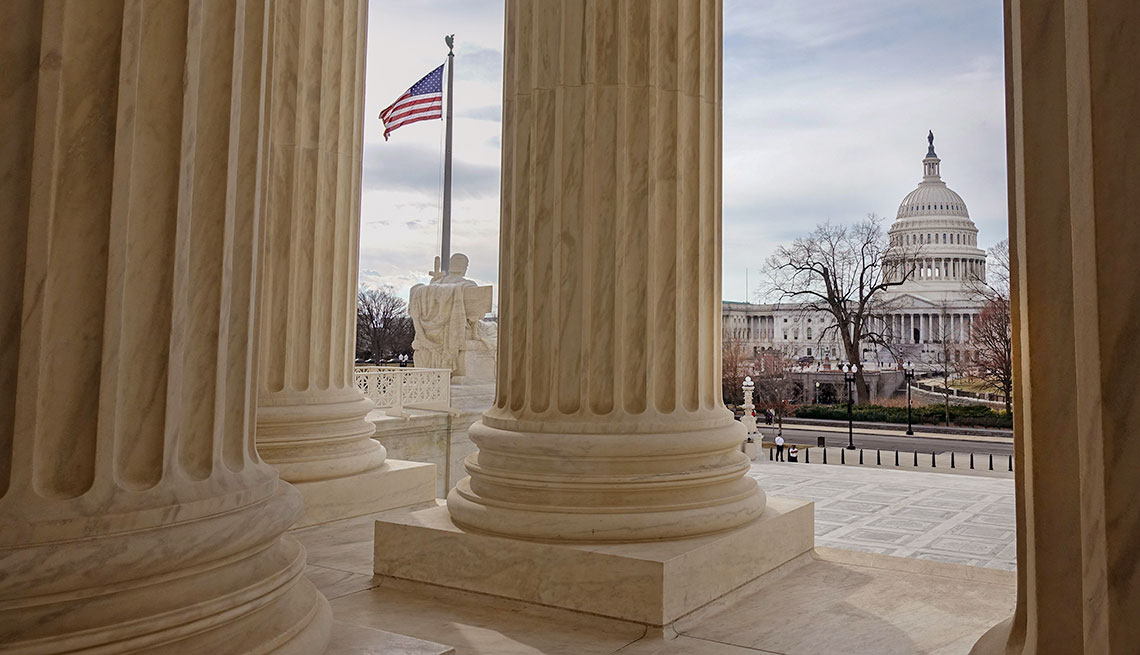 The members of the House-Senate conference committee are tasked with merging the two tax bills.

En español | Congress this week is trying to meld two complex plans for changing the nation’s tax code into a single piece of legislation. The overall impact of the bills passed by the Senate and House of Representatives on older Americans would be devastating, raising taxes on millions of them. In addition, the plans would also grow the nation’s deficit, which would prompt mandatory cuts to programs vital to seniors such as Medicare.

In a letter to Senate leadership last week concerning its version of the tax bill, AARP Chief Executive Officer Jo Ann Jenkins urged Congress to work in a bipartisan fashion to enact tax legislation that would meet the needs of the older population and arrive at a tax code that is “more equitable and efficient, promotes growth, and produces sufficient revenue to pay for critical national programs, including Medicare and Medicaid.”

Both measures would add $1.5 trillion to the deficit. Absent congressional action, under a law known as “Pay-As-You-Go,” a projected deficit of that amount would trigger automatic spending reductions in many federal programs, including Medicare. According to the nonpartisan Congressional Budget Office (CBO), the legislation would result in a $25 billion cut in Medicare in 2018.

An analysis released last week by the nonpartisan Joint Committee on Taxation found that more than 60 percent of U.S. households would get tax cuts in 2019 under the Senate plan, but by 2027, after the individual tax cuts expire, roughly the same number would either have higher taxes or cuts below $100.

More than one million taxpayers 65 and older would pay higher taxes in 2019, and more than 5 million would see their taxes increase by 2027, according to an AARP Public Policy Institute analysis. More than 5 million seniors would not receive a tax break at all in 2019, and 5.6 million would not see their taxes decrease by 2027.

While the centerpiece of both proposals is a major cut to the top corporate tax rate — dropping it from 35 percent to 20 percent — there are significant differences between the measures.  The Senate bill — unlike the House proposal — repeals the Affordable Care Act provision requiring most Americans to have health insurance. That change could ultimately result in 13 million more people without health insurance by 2027 and increase premiums in the individual health insurance market by 10 percent in most years over the next decade, according to the CBO. An AARP Public Policy Institute analysis found that people ages 50 to 64 in this market would face average premium increases of up to $1,500 in 2019.

The members of the House-Senate conference committee tasked with merging the two bills will also have to iron out the differing views on the medical expense deduction, vital to many older Americans. Under an AARP-supported initiative, the Senate plan allows taxpayers to deduct medical expenses exceeding 7.5 percent of their income — versus a current 10 percent — for the next two years. The House plan eliminates this valuable deduction, used by nearly 75 percent of filers age 50 and older. Some 70 percent of filers who use the deduction have incomes below $75,000.

The conference committee is working to reconcile the two proposals by mid-December in the hopes of sending the legislation to President Trump before Christmas.

Here’s a look at some of the other provisions that would also affect older taxpayers:

Deductions for taxpayers 65 and older. The House bill eliminates the extra standard deduction for those 65 and up, while the Senate bill retains it. For 2017, that’s $1,250 for individuals, $1,550 for heads of households or $2,500 for couples who are both 65 or older.

State and local taxes. Both the Senate and House versions abolish state and local tax deductions, with the exception of up to $10,000 in property taxes. That would be harmful to residents in high-tax states such as California, Connecticut, New Jersey and New York.

Sale of principal residence.  Individuals would continue to get up to $250,000 tax-free from the sale of a home (up to $500,000 for couples).  Both bills require sellers to live in the property five of the eight years prior to a sale, up from the current requirement of two of the last five years.

Charitable deduction. Both bills retain the deduction and increase the amount taxpayers may claim. However, the provision in the Senate bill expires in 2025.

Estate tax. Both House and Senate bills double the amount of inherited wealth exempt from tax to about $11 million, but the House bill repeals the tax entirely in 2025.

Family tax credit. The House plan creates a new $300 per person credit for each adult and adult dependent, which expires in 2023.