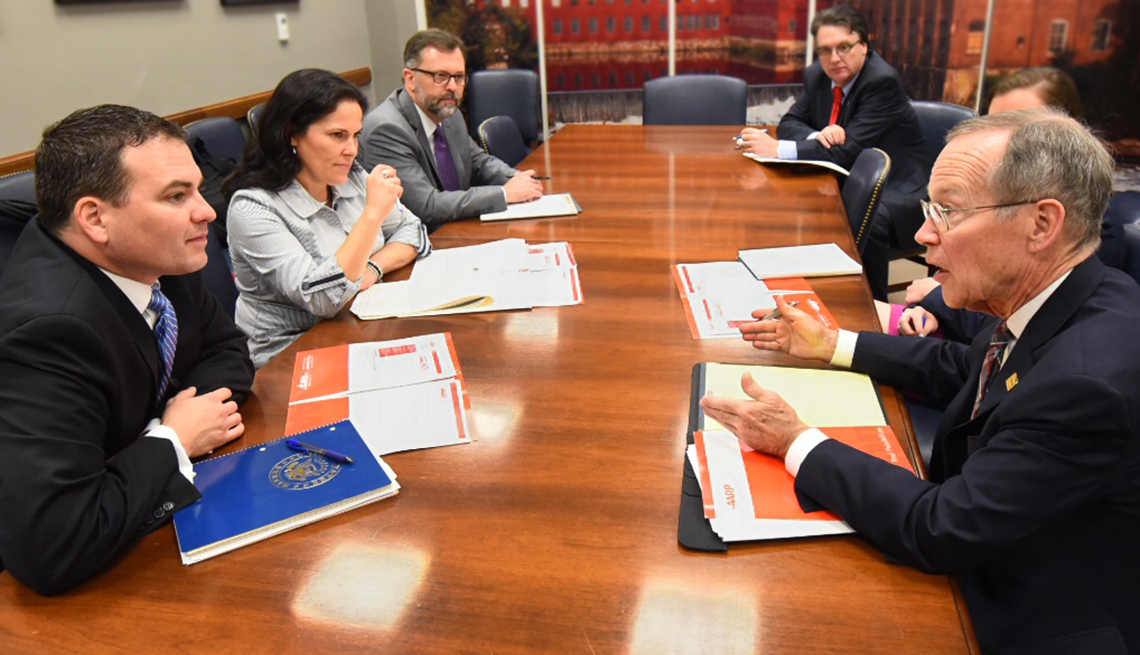 Scores of AARP advocates representing every state fanned across Capitol Hill on Wednesday, intent on persuading members of Congress to preserve and expand access to affordable health care for millions of older Americans.

AARP’s Lobby Day was mainly aimed at influencing wavering senators on health-care-overhaul proposals, but it also served as a rallying point for efforts to provide help to family caregivers and to fend off cuts to Medicare and Medicaid.

The advocacy campaign was one way to bolster the resolve of lawmakers supportive of AARP’s position, to soften opposition from others and to sway those legislators still deciding whether and how to make changes to the nation’s health care system. Much of the focus was on controversial provisions contained in the House-passed American Health Care Act (AHCA). The bill passed the chamber on May 4 and is pending in the Senate.

“Gatherings like this really demonstrate that AARP has a powerful voice across the country,” said Nancy McPherson, California state director for AARP. “This collective voice is important. And representatives like to see there is an army backing them, particularly the ones whose positions are aligned with ours.” 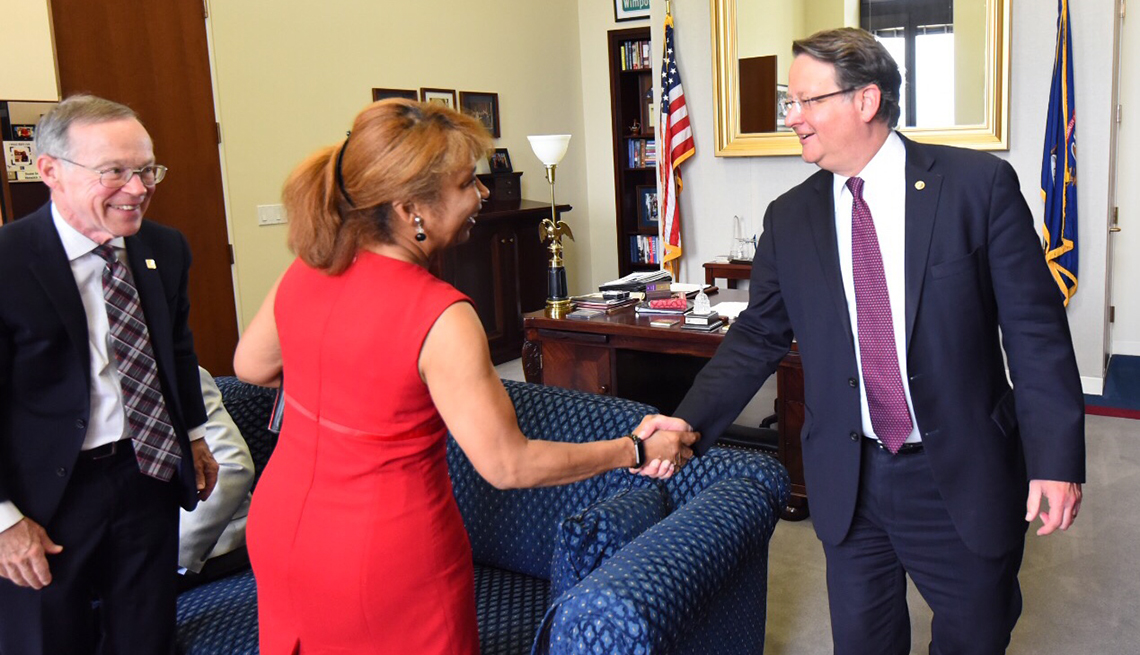 The advocates, some wearing red AARP shirts or scarves, swarmed Capitol Hill after a group photo and streamed through Senate and House office buildings. Throughout the day they engaged in more than 300 meetings with members or their staffs.

While waiting in a long security line, Dana Kennedy, state director for AARP in Arizona, said people back home were especially concerned about losing affordable health care coverage if Congress votes to drop current protections for people with preexisting medical conditions. Many also worry about a provision in the House bill (an age tax) that would allow insurers to charge people ages 50 to 64 five times or more what they charge younger people — that’s far greater than the current cap of three times more.

Kennedy and Steve Jennings, associate state director, visited the office of Republican Sen. Jeff Flake of Arizona, who is among the targets of AARP ads urging Congress to reject the age tax.

Flake is considered a key senator in the health care debate and is one of five senators in whose states AARP has placed TV ads. The spots urge senators to reject the AHCA and start from scratch with new health care legislation that puts consumers first.

Other AARP state directors and presidents making the rounds found signs of support or common ground with members of both major parties.

Kimberly Campbell, state director for AARP in Mississippi, said her meeting with a legislative aide to Sen. Roger Wicker, R-Miss., indicated that the lawmaker shared some of her concerns, especially about making sure that proposed budget cuts and other changes don’t jeopardize access to health care in rural areas.

“We’ve found that he has been accessible and willing to listen,” Campbell said. “It’s so important for someone from the local area to come to them [members of Congress] to talk about these issues. We are part of their voting base. It’s important for them to be cognizant of what our issues are.”

Across Capitol Hill, the AARP contingent also urged members of Congress to: