This year marked the 50th anniversary of President John F. Kennedy's designation of May as Older Americans Month. There were 17 million Americans over age 65 when Kennedy made this proclamation.

See also: Be aware of the Jamaican area code scammers use to exploit older Americans 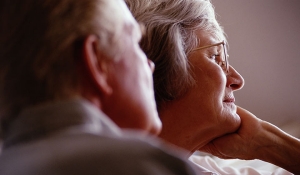 Congress needs to work to make sure seniors are better protected from fraud and exploitation.

Today, our country finds itself in the midst of one of the most dramatic demographic shifts in our history. Now we have 40 million Americans over age 65.

By 2060, the U.S. Census Bureau projects the number of older Americans will top 90 million — and, for the first time, this group will outnumber children under 18.

As our aging population has grown, so too have incidents of elder exploitation.

While exact numbers are hard to come by, one recent study estimated that older Americans are being swindled out of at least $2.9 billion a year — a figure experts say is increasing rapidly as boomers begin to retire.

As chairman of the Senate Special Committee on Aging, I'm aware of the reality: Older people are most likely to have a retirement nest egg, to own their own homes and have excellent credit ratings — all of which make them attractive to con artists. I've had the chance to hear firsthand from a number of seniors who have fallen victim to fraud.

In Florida, for instance, I recently met with a financial planner who had to go to court to stop one of his older clients from sending any more money to Jamaican scam artists who had already conned her out of $370,000. These fraudsters told the victim she had won a foreign lottery and they would send her the prize money once she paid them the supposed fees and taxes they claimed were needed to transfer the funds to her.

In April, our committee explored the soaring trend of tax-related identity theft. Since 2010, my office alone has received over 1,000 complaints from individuals who filed their taxes only to be told that their refund had already been claimed by someone else. We heard testimony from a Lake Worth, Fla., woman living with cancer who had her income tax refund stolen by identity thieves three years in a row.

Stories like these demand attention. And they're why I've made it a top priority of the Senate Aging Committee to reduce fraud and abuse against older people while preserving their dignity.

Kennedy was right in his 1963 message to Congress as he addressed the needs of our nation's older citizens: "Our national record in providing for our aged is a proud and hopeful one. But it can and must improve."

With the aging of our society come an urgency and a responsibility to focus on issues of vital importance to older Americans, and especially to safeguard them from fraud and exploitation.

Sen. Bill Nelson (D) is the senior U.S. senator from Florida and chairman of the Senate Special Committee on Aging.