Don’t panic. But don't ignore the IRS, either 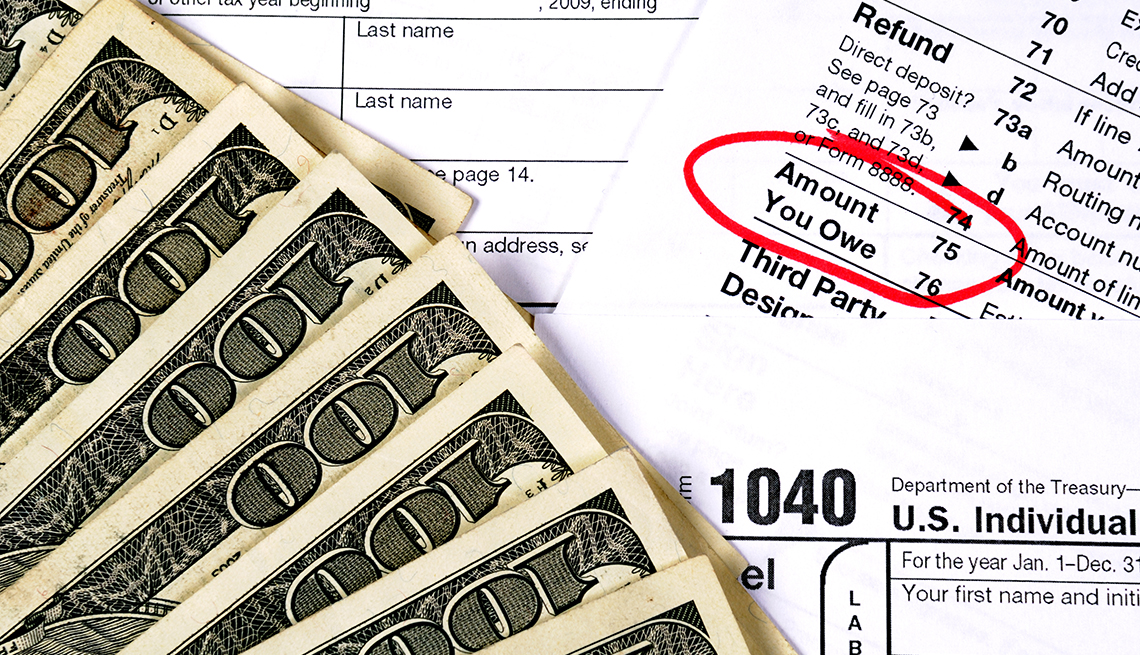 You’ve checked your income tax return three times, and that refund you were expecting is actually a very heavy debt to the Internal Revenue Service (IRS). What should you do?

For starters, stay calm: Leaving the country is probably not a good option. But don’t ignore the situation, either, because penalties and interest will pile up as you dither.

Instead, form an action plan and tackle the tax bill head-on. These five steps will help guide you through the process of dealing with an unexpectedly big tax bill.

If you’re doing taxes on tax software, make sure you didn’t put down the wrong information from your W-2 form or other tax notices. You’d be surprised how much you can owe because of a single wrong digit. (The IRS will generally kick back a return with wrong information on the W-2, but you may have to wait a while until it does﻿.)

If you’ve hired accountants, make sure they explain why the bill is so high. They are not required to pay the extra tax, even if they made a mistake, although the IRS may waive penalties on the return.

The IRS charges two separate penalties for being late with your tax return. The first is a charge for missing the deadline — which, in most parts of the country, is April 18 this year. (Taxpayers in Maine and Massachusetts get to file their return April 19 due to state holidays.) The penalty for late filing is ﻿5 percent of the amount due each month, and is the larger of the two penalties. The penalty for failure to pay is 0.5 percent a month and maxes out at 25 percent. (When both penalties are levied in the same month, the total penalty is ﻿5 percent a month: 4.5 percent for failure to file and 0.5 percent for failure to pay﻿.) You also pay 3 percent interest on the amount you owe, which will rise to 4 percent April 1.

You can get an automatic extension to file, but you’ll still be expected to pay your taxes due. This year’s extension lasts until Oct. 17. Although you’ll owe penalties on unpaid taxes, you’ll dodge the more onerous late filing fee penalty.

You may be eligible for a long-term payment plan of up to six years. You can fill out Form 9465 to apply for the plan online, or call the IRS directly. If you owe $50,000 or less, you may be able to avoid filing Form 9465 and establish an installment agreement online, even if you haven’t yet received a tax bill, says IRS spokesman Eric Smith. Visit the IRS website to apply for an Online Payment Agreement. If you establish your installment agreement using the Online Payment Agreement application, the user fee that you pay will be lower than it would be with Form 9465.

The IRS will want to know how much you can pay on the balance, and it might suggest a higher payment. In any event, you’ll still owe accumulated fees and penalties, but you should be able to get a plan that will work within your budget.

If this is the first time you’ve had to ask for an extension, ask the IRS for a first-time penalty abatement, says Bishop Toups, an estate planning, elder law and tax attorney in southwest Florida. Don’t make it a habit to ask for this one-time break. “You just get one ‘get-out-of-jail free’ card,” Toups says.

In some cases, the IRS can declare a tax debt uncollectible — for example, if you are sick or have other reasons that you can’t pay your tax bills. You’ll stop getting calls and enforcement letters from the IRS, Toups says. In theory, that debt could remain on the IRS books until you pay or the statute of limitations eliminates the debt — 10 years for most tax issues.

4. Don’t ignore mail from the IRS

You’ll get several notices from the IRS for late tax payment or nonpayment, ranging from a polite notice of late taxes to increasingly alarming ones. Eventually, the IRS will dispatch a person to talk to you in person or on the phone. It will ask you detailed questions about your finances and propose several different options for you to pay, ranging from demanding immediate payment, selling assets﻿, or having your wages﻿﻿ or bank accounts seized. You generally don’t want to get to this point.

Respond to the letters you get. Many times, the IRS will be asking about a certain deduction or calculation on one part of your tax return. It may also ask you to refile a form. Answer those letters! Ignoring them could mean that you get a visit from an IRS collector.

Also, get help if you need it. Consider hiring an enrolled agent, who has the ability to represent you before the IRS and in tax court.

5. Learn from the experience

Any number of issues can trigger a big tax bill: Not having enough income withheld from your paychecks is one common issue, as is selling stocks or real estate at a profit. Fortunately, many of those issues are easy to remedy. The IRS has a useful tool for figuring out the proper amount of withholding for your taxes; your broker should be able to help you find the tax basis for any investments you’ve sold.