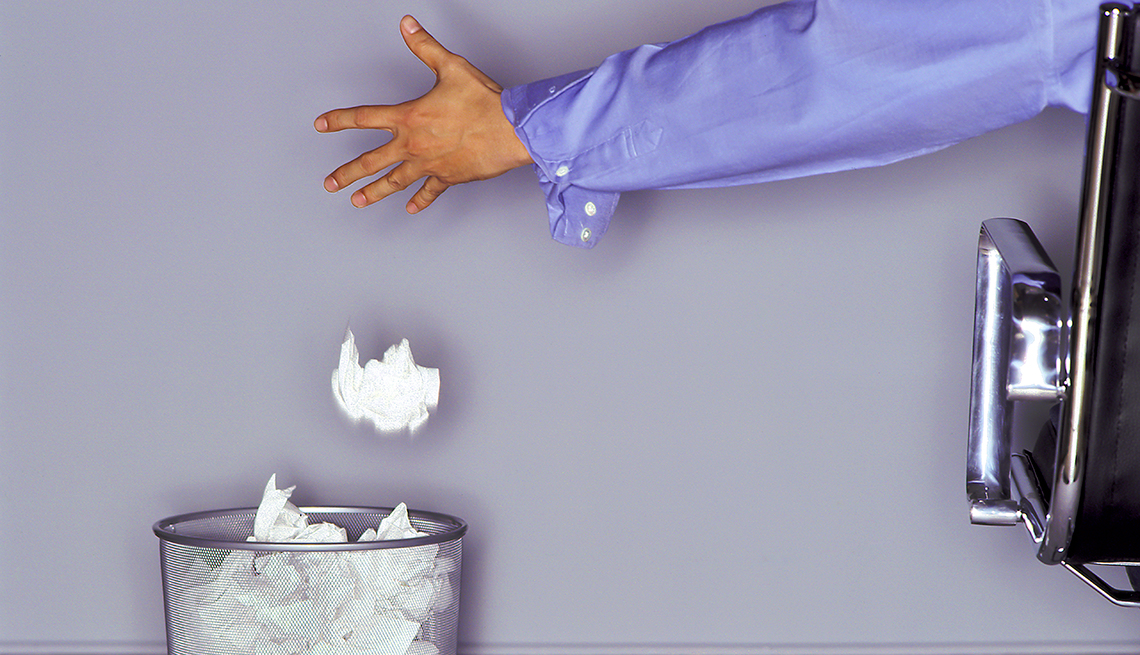 The IRS is holding more than $1 billion in unclaimed refunds from 2013 alone.

Even with three extra days to submit your tax return this year, it’s easy to make a mistake when you’re rushing to get through the tedium of filing.

Here are some common tax-filing errors the IRS and accountants see year after year.

This is often the No. 1 mistake by filers. Tax software will catch math errors, but it won’t know that your $1,500 in interest income was accidentally inputted as $5,100, says Kay Bell, author of The Truth About Paying Fewer Taxes.

“Your software doesn’t know you transposed it. It’s just going to keep adding that wrong amount throughout all the process,” Bell says.

The IRS likely will catch the mistake later. But if the error caused you to underpay your taxes, you could owe interest and a possible penalty, she says.

If your income last year was low enough — under $10,350 for singles and $20,700 for joint filers — you don’t have to file a federal tax return. This would be an error, though, if federal taxes were taken out of your paycheck, says Lisa Greene-Lewis, a certified public accountant with TurboTax. You could be missing out on a refund of those taxes.

The IRS recently reported that it’s holding more than $1 billion in unclaimed refunds from taxpayers who didn’t file a return in 2013. These taxpayers have until this year’s deadline on April 18 to file a 2013 return to claim their money. Otherwise, after three years, unclaimed refunds become the property of the U.S. Treasury.

Once some people figure out how much they will owe the IRS, they decide not to file a return because they don’t have the money to pay, says Deborah Gregory, a former IRS attorney and partner in the Texas-based Gregory Law Group. Bad move. The failure-to-file penalty is higher than the penalty for not paying, she says.

“So if you can’t pay all that you owe on time, you should still file your return and pay as much as you can,” she says. Then take advantage of one of the IRS payment options to make good on the rest.

Make sure you provide the correct routing number if you want the IRS to directly deposit your refund in your bank account.

Sometimes the IRS discovers the mistake and cuts you a check instead, which can delay your refund, says IRS spokesman Eric Smith. Contact the IRS and your bank if you noticed you made this error, he says.

His friends knew him as Machine Gun Kelly, but to the IRS he was always George Barnes. Don’t use a nickname when filing your return and be careful not to misspell your name either.

“The government is cracking down on identity theft, and misspelled names are suspicious and may indicate fraud,” Selig says. “This simple mistake can take months to correct.”

The correct name is the one on your Social Security card. So if you changed your name and haven’t yet notified the Social Security Administration, you’ll have to use your old moniker.

You got married — or divorced — in 2016. Do you file as a single or married person on your return?

You also may qualify as a head of household if you were single at the end of the year, financially support a dependent — who could be a child or parent — and provide more than half the cost of running your home.

Filing status often trips up filers and can affect their tax bill.

You’ll receive a 1099 form if you’ve earned at least $600 from a part-time gig as a contractor, sold securities or earned interest or dividends on your investments. The IRS receives copies of the 1099s, too. So if you neglect to report this income, count on hearing from the IRS when it discovers the discrepancy between what you claimed and what the 1099s show.

After hitting age 70½, retirees must take required minimum distributions (RMDs) from traditional IRAs and 401(k)s. Failing to do so, leads to a 50 percent tax on the amount that should have been withdrawn.

If you didn’t take a required distribution, you should file Form 5329 with an explanation of what happened and what you have done to correct the problem, says the IRS’ Smith. The agency may waive the hefty tax, particularly if this is your first time taking required distributions.

The IRS is expected to start notifying the State Department this year of people who are more than $50,000 in arrears on their taxes — and not working with the agency to resolve the issue. The State Department then can revoke their passports or deny their applications for one.

If you’re seriously delinquent on taxes, it’s time to make nice with the IRS and set up a payment agreement.