4 Tips for Talking to Your Kids and Grandkids about Fraud 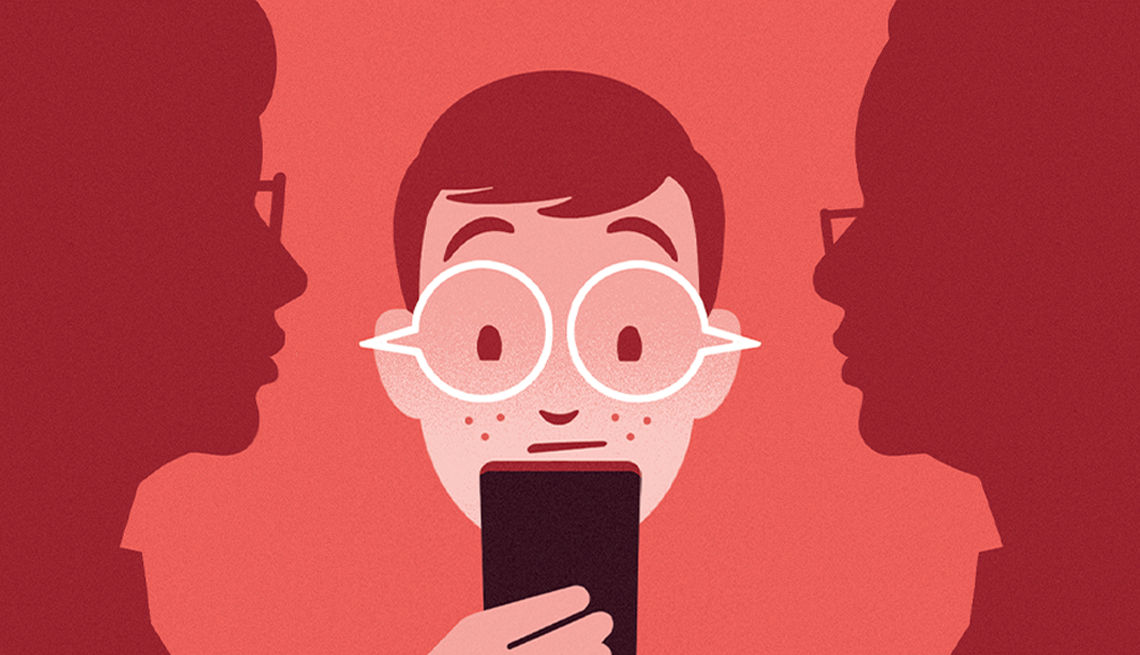 Young people, like your teenage grandkids or young adult children, are increasingly the targets of digital scams, according to the FBI and researchers.

When asked whom they trust most, those same teens and 20-somethings say their parents and grandparents. So in this case, take the bait: Be their guide through the treacherous landscape of modern fraud.

Sign up for biweekly updates on the latest scams.

“Kids will say things to grandparents they won’t say to a parent,” says Lisa Plaggemier, executive director of the nonprofit National Cybersecurity Alliance (NCA). “You can take advantage of that special relationship and have a much more open conversation.”

That help is urgently needed.

A September 2022 NCA report found that 18 percent of Generation Zers (ages 18 to 25) have had their identity stolen at least once, 34 percent lost money and/or data to phishing scams, and 15 percent were caught up in﻿ romance scams — far higher than rates for older adults in the survey.

The FBI received 14,919 cyberscam reports from people 19 and younger in 2021, involving losses of $101.4 million. In a separate report from the fraud prevention company Seon, cases of online fraud affecting people under 20 increased by as much as 116 percent from 2019 to 2020.

Though the young fall prey to many of the same scams as older people, they increasingly are targeted with pitches customized to their generation. One example: Criminals offer to help young people become online “influencers.” Most troubling of all is that sextortion scams﻿ —﻿ in which criminals solicit explicit photos from young people, then blackmail them﻿ —﻿ are on the rise, the FBI warns.

Sextortion “can start on any gaming app, website or social media platform,” says Amy Nofziger, AARP director of fraud victim support. “I want parents and older adults to say to the young people in their lives: ‘If you ever hear anyone struggling with this, talk to somebody.’ ”

Young people are vulnerable because so much of their daily life happens online, says Stephen Balkam, founder and CEO of the Family Online Safety Institute (FOSI). Young people “are far more likely to be on the receiving end of peer pressure to be online﻿ —﻿ not just consuming content but creating and producing,” he says. That means “there are a lot more opportunities for scammers.”

This is where parents and grandparents are so important, Balkam notes. In a 2021 survey by FOSI, 70 percent of teens and young adults said that parents were their most-used resource for online safety information. But when a teen thinks that he or she did something wrong or embarrassing, going to parents can be hard﻿ —﻿ which makes the role of other family members crucial. “We have countless anecdotal evidence that it’s grandparents ... alerting parents that something is going on, on a social media site,” Balkam says. “Oftentimes it’s easier for kids to talk with another adult in the family.”

Here’s how you could help younger family members.

1. Start the conversation about fraud

Let them know you’re ready to listen. “We’re the adults in this situation. We have to bring it up,” Nofziger says. “If we don’t, we’re part of the problem.” Mention a scam you’ve heard about in the news and ask if they’re hearing about it at school or from their friends, she suggests. “Ask what they would do if they were the﻿ victim of a scam. Who would they talk to?”

Tell them they can come to you no matter what’s happening and you will be open and nonjudgmental and not be angry. If and when they do come to you with a problem, “lead with: ‘Thank you for telling me. Let’s figure this out together,’ ” Nofziger says. “Save your shock and anger for a private space with yourself.” ﻿

Plaggemier agrees. “If you want them to keep telling you things, it’s best not to overreact. Keep being positive and affirming.”

Talking about identity theft? Suggest that they not give out their birthdate, home address or other seemingly innocuous information on social media because scammers might use it to apply for credit cards. Remind them to “think before they click” on links in emails, tweets, texts, social media messages and online ads, the NCA recommends. Talking about the perils of fake shopping websites? Explain that scammers frequently set up online stores that look like those of legit retailers, Nofziger says. ﻿

Coach them on how to sleuth. Should they come across an unfamiliar online store, doing a web search for its name, and including the terms “scam” or “fraud,” might reveal shocking truths or complaints.

4. Show interest in their digital devices. ﻿

Ask to see the new apps they’re excited about — and after being appropriately impressed, ask them about privacy and security settings, Plaggemier recommends. These include choosing multifactor authentication, making friend lists private, turning off location sharing and being sure not to geotag photos. “Safety has to be part of the conversation, with every new app and also whenever an app or social media site does an update. Because that can affect privacy settings. If your child or grandchild doesn’t know how to change the privacy settings, you can configure it together.”

Sari Harrar is an award-winning reporter and contributing editor to AARP publications who writes on health, public policy and other topics.​

MORE FROM the fraud watch network 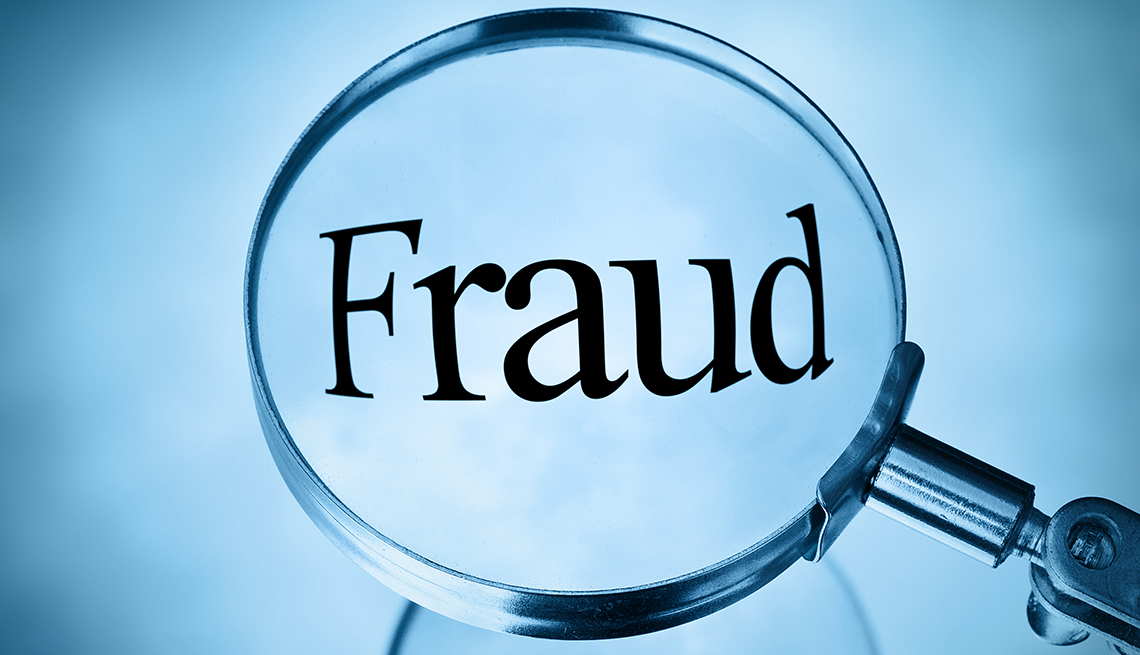 Learn About the Fraud Watch Network 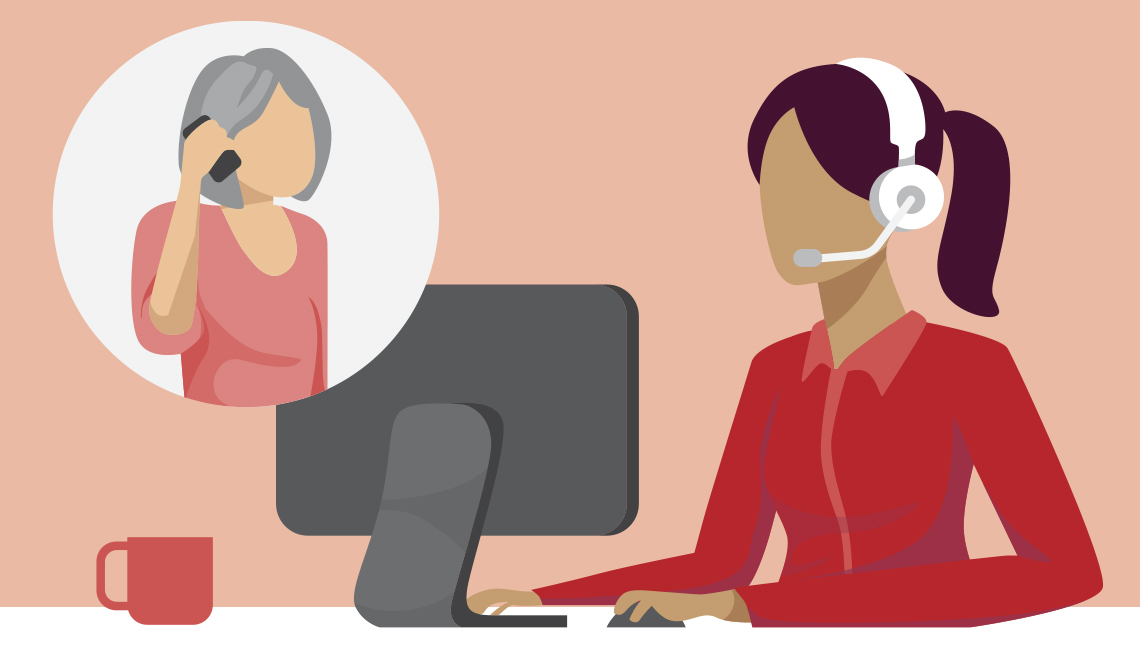 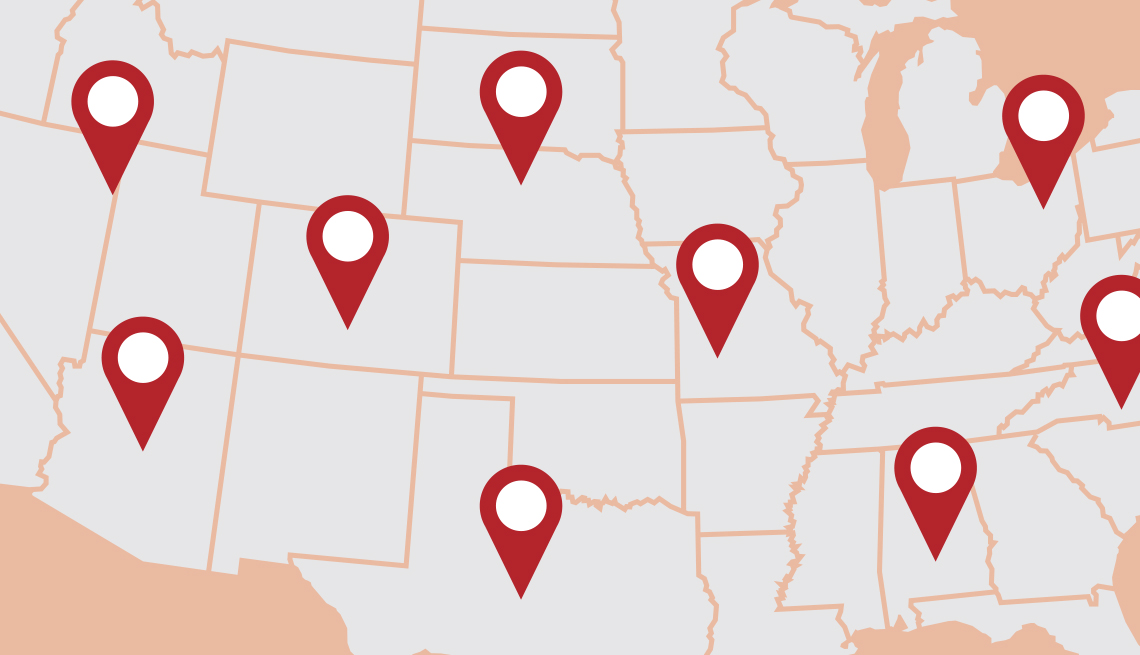 Find and Report Scams Near You