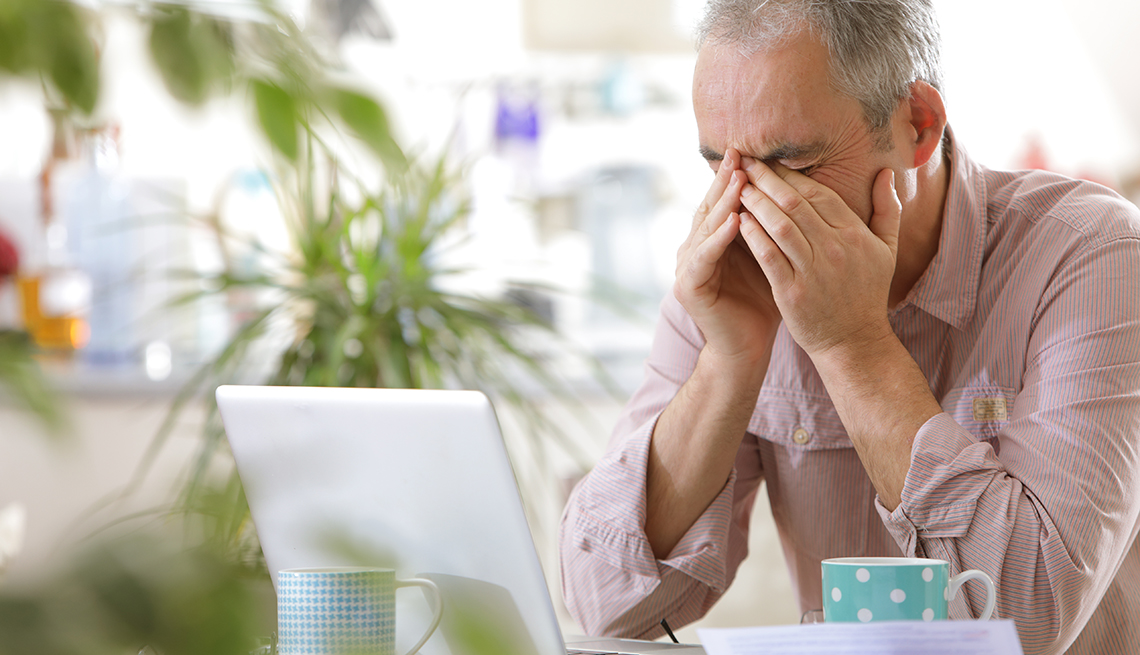 Cybercrime reported to the FBI co﻿st Americans 50 and older nearly $3 billion last year, a 62 percent increase from 2020, according to data from the bureau.

The steep rise in dollar losses came despite a drop in incidents reported by older adults to the FBI’s Internet Crime Complaint Center (IC3). Americans ages 50 and over filed 166,831 complaints with the cybercrime unit in 2021, down from 191,768 the year before. ​

The FBI’s 2021 “Elder Fraud Report,” issued April 5, shows a similar trend across generations, with scam report numbers stable or declining but losses spiking for all age groups. Older adults continue to bear the heaviest cost from online crime, though, with an average loss per incident of $17,662 for people 50 and up, compared with $10,166 for younger adults.​ 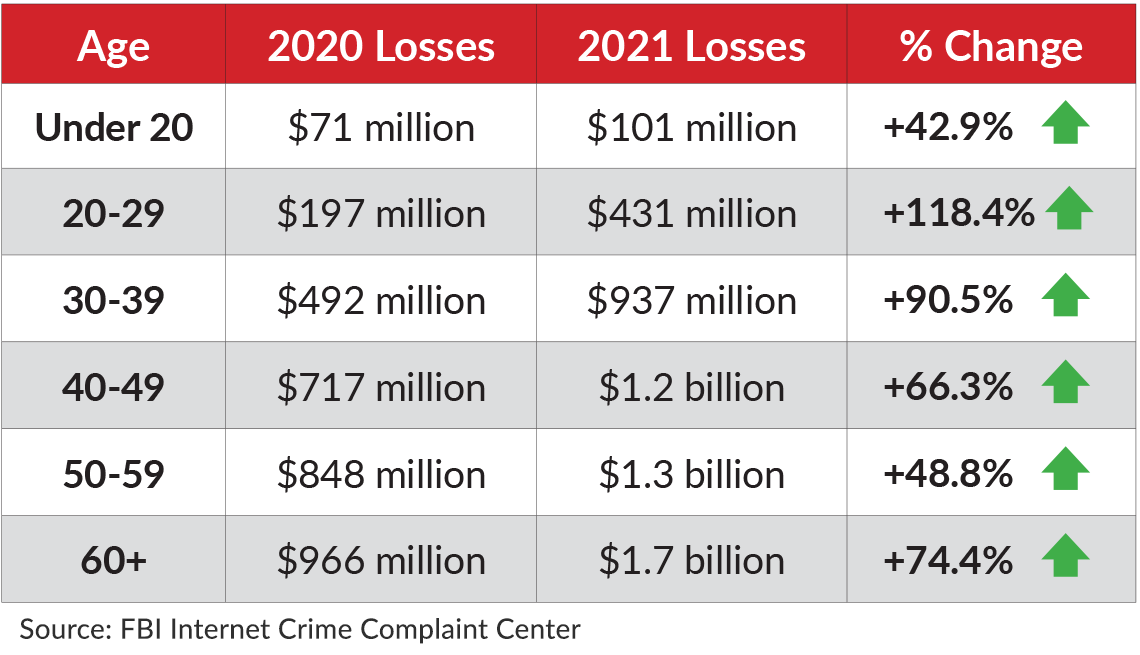 Overall, nearly a quarter of last year’s total cybercrime losses were borne by people 60 and older, ﻿the population that is the focus of the new report. Tech support scams, investment fraud and what the bureau terms “confidence fraud” — cons that play on victims’ emotions and affections, primarily via romance scams — were major drivers of rising fraud costs, collectively accounting for more than half of that age group’s losses.

Confidence frauds, which also include grandparent scams, were the costliest cons for older adults, with 2021 losses topping $432 million for victims age 60 and up, a 54 percent increase from the prior year.

But it’s tech support scams — in which crooks posing as IT pros from well-known tech companies charge hefty fees to fix fabricated computer problems — that have seen the most explosive growth during the COVID-19 pandemic.

While tech support scammers typically impersonate familiar software, cybersecurity and e-commerce brands, the IC3 has seen “an increase in complaints reporting the impersonation of customer support, which has taken on a variety of forms, such as financial and banking institutions, utility companies or virtual currency exchanges,” the report states.

Another key finding: Older victims in tech support, romance and other scams are increasingly being asked to pay in cryptocurrency. Virtual currencies such as Bitcoin, Ethereum, Litecoin and Ripple are “becoming the preferred payment method for all types of scams,” the FBI warns.

Fraud losses in which cryptocurrency was a factor, as a scam subject or a medium for payment, leaped from about $55 million in 2020 to more than $241 million last year. Crypto is now “extremely pervasive in investment scams, where losses can reach into the hundreds of thousands of dollars per victim,” the report states.

Investment fraud generally — whether involving cryptocurrency,﻿ Ponzi and pyramid schemes , or old-school stock scams — was also more pervasive in 2021, siphoning $239.5 million from Americans age 60-plus, more than in the previous two years combined, according to the IC3.

These were also among the costliest fraud types last year targeting those ages 60 and up:

​If you encounter an online scam, report it to the FBI’s Internet Crime Complaint Center and contact your local FBI field office. You can also get help from the U.S. Department of Justice’s National Elder Fraud Hotline (833-372-8311). 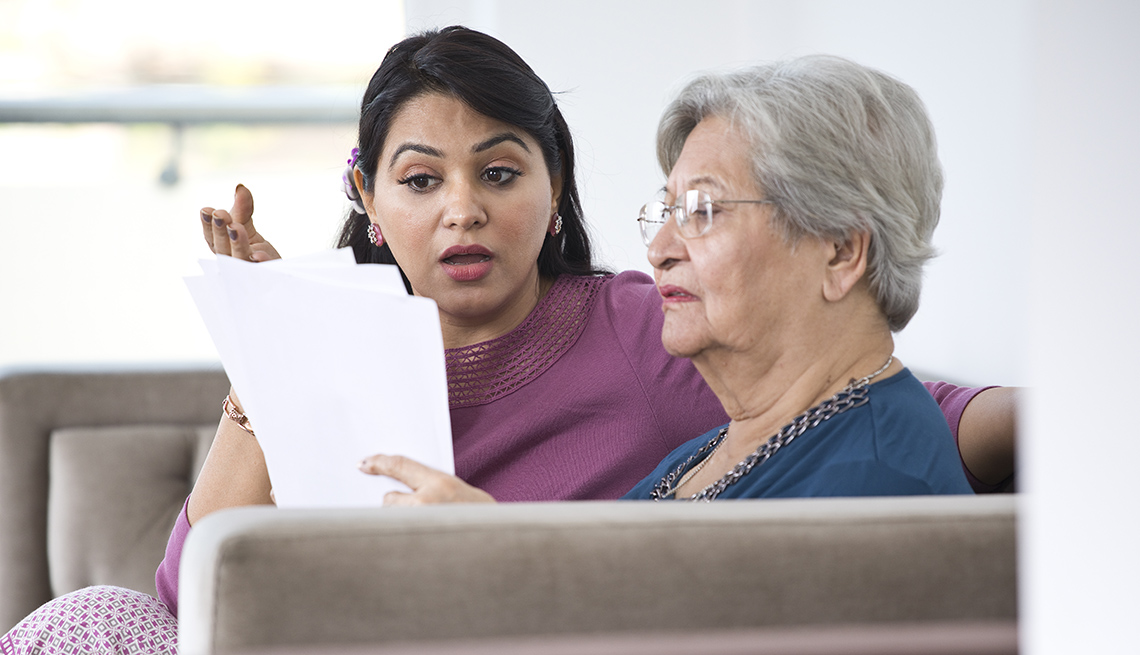 Watch for These Warning Signs of Elder Financial Abuse

Look out for unusual transactions and other red flags 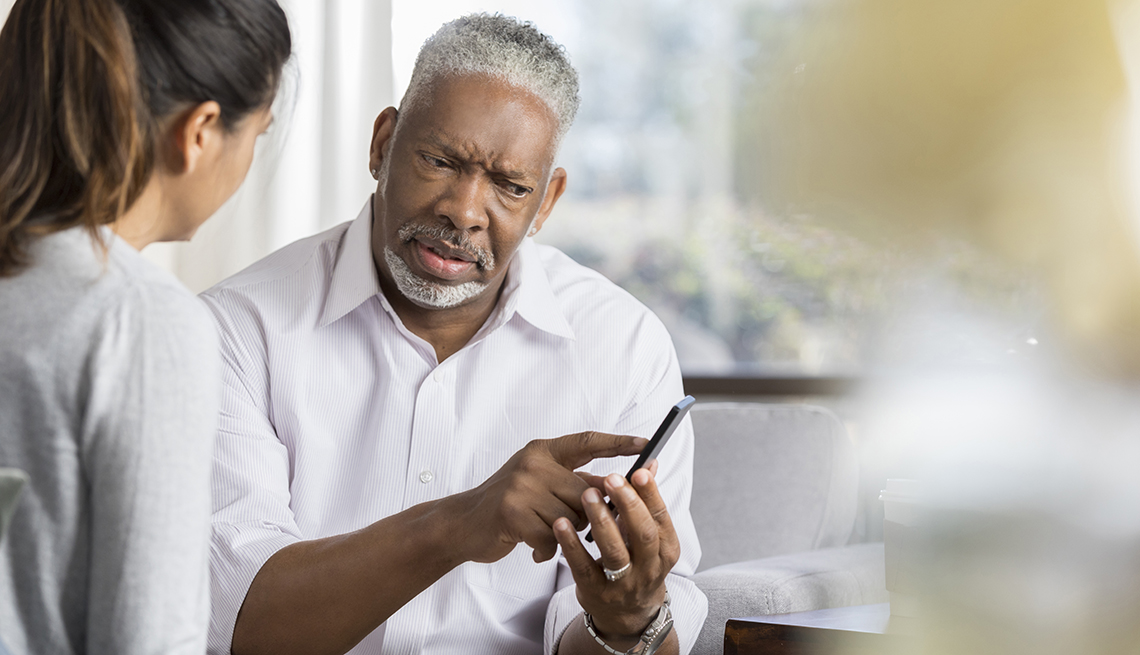 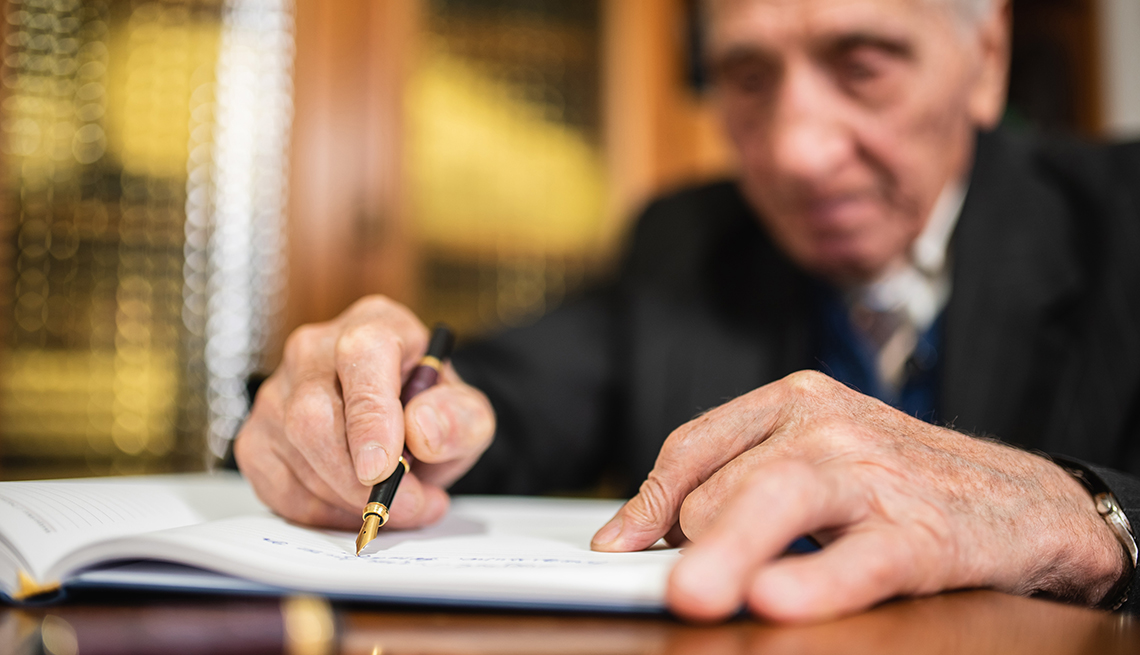