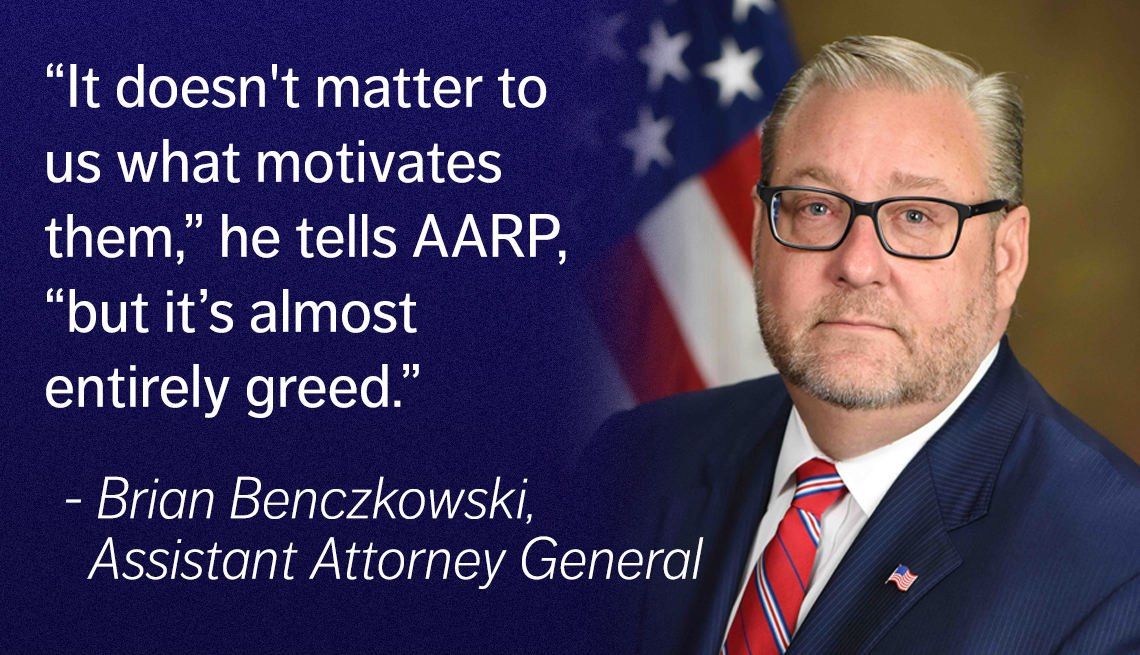 The U.S. Department of Justice, the country's chief enforcer of federal laws, is girding for two new types of pandemic-related crimes expected to spell trouble, a top official says.

If you think you are a victim of a fraud or attempted fraud involving COVID-19, call the National Center for Disaster Fraud Hotline at 866-720-5721 or file a report online.

If it is a cyber scam, file a complaint through the FBI’s Internet Crime Complaint Center.

Federal authorities are on the lookout for criminals who try to siphon off some of the business-sector stimulus dollars including the $659 billion in Small Business Administration loans intended to help employers keep paying their personnel, Assistant Attorney General Brian Benczkowski says. He suspects phony entities will go after some of the relief money and actual businesses may falsify payroll records to inflate their employee count and employees’ salaries.

One particular concern, he says, is foreign fraudsters grabbing some of the stimulus cash and stashing it in bank accounts overseas, where it's difficult to recover.

Authorities also are keeping an eye on fraudulent overbillings, for tests for COVID-19 and other illnesses, that are submitted to Medicare and Medicaid, he says. Corrupt doctors and complicit testing labs tend to be coconspirators in such crimes.

The bottom line: Unnecessary tests could be tacked onto a $30 test for COVID-19, and the government get a claim for $1,530.

Benczkowski, 50, has been chief of the Criminal Division since July 2018. The division's more than 600 attorneys prosecute an array of violations: fraud, organized crime, drug trafficking and transnational computer crimes, among many others.

Illegal schemes tied to COVID-19 already have emerged and triggered arrests and federal charges from New York to California.

The first criminal charge was filed March 25 against a Los Angeles actor from the Iron Man movies who hawked a fake cure for COVID-19 and promised astronomical returns to prospective financial backers. (To date, there is no approved cure for the acute respiratory illness.)

In an unrelated case, two men were criminally charged for lying to potential investors by claiming to have 40 million N95 face masks that “could be sold for double or triple” the purchase price. But the touted masks didn't exist.

Says Benczkowski: “There's almost no limit on the creativity of fraudsters and others to use COVID as a basis to commit new types of fraud, but also to put new twists on the same old scams."

'The worst of the worst'

"These are the worst of the worst individuals, in my mind,” he says. “We're all in this together. This is a time when Americans — even though we're isolated and separated from one another — we need to be there for each other, we need to support one another.

"And people who prey on the circumstance that we all find ourselves in, in order to make a buck, are just the worst of the worst human beings, as far as I'm concerned."

"It doesn't matter to us what motivates them,” he tells AARP, “but it's almost entirely greed."

As of the week of April 27, the National Center for Disaster Fraud had received more than 12,000 calls and emails, with 4,200 of these deemed worthy of criminal investigation, Benczkowski says. Depending on the severity and scope of the allegations, probes could be launched by federal, state or local law enforcement or regulatory agencies, he says.

"If somebody says, ‘There's a guy who is trying to charge $50 for a six-pack of toilet paper at his local store,’ “ at best that may be referred to state or local officials, he says.

The center, in Baton Rouge, Louisiana, was created to combat fraud tied to government relief programs that arose after Hurricane Katrina struck in 2005.

A man on a mission

Speaking Feb. 5 at American University’s Washington College of Law, Benczkowski opened by quoting some inscriptions on the Justice Department’s headquarters building on Pennsylvania Avenue, including: “Where law ends, tyranny begins.”

The department’s mission is to “deter and punish serious wrongs,” he said. “Our job is to hold those who inflict harm to account. And we must vindicate and provide redress to victims of crime, whether that’s a person who has been defrauded, a child who has been subjected to unthinkable crimes, or someone who lives in fear of violence. And we do so in accordance with the law. That is the work the Criminal Division does, on a daily basis.”

Less than two years on the job, Benczkowski is no newcomer to the department, as this is his sixth posting there. Early in his career he was a staff member to lawmakers in the U.S. Senate and House. Before returning to the Justice Department, Benczkowski was a partner for eight years for the Kirkland & Ellis law firm in D.C. His practice centered on white-collar defense and internal and congressional investigations.

A native of Fairfax, Virginia, Benczkowski graduated with majors in archaeology and sociology from the University of Virginia in 1991 and earned a law degree at Washington University in St. Louis in 1994. His wife is also a lawyer.

He describes himself as “introverted” and “direct.” He’s proud of his Russian and Polish heritage, and has a poster in his home office for the Polish trade union Solidarity featuring actor Gary Cooper from High Noon, the legendary Western film in which a town marshal, played by Cooper, faces down a deadly gang of outlaws.

Elder fraud is also on the radar

Elder fraud is another Justice Department priority, Benczkowski says. He’s counseled his 74-year-old mother on how to avoid the crooks and con artists who reach out in emails and calls, preying on older Americans. A high school graduate, she retired as divisional manager of the U.S. Bankruptcy Court in New Haven, Connecticut.

“You’ve been around long enough now to know who your friends are,” so be “very skeptical” of unsolicited phone calls and emails, he’s told his mother. If there’s a whiff of fraud, hang up the phone, delete the email and never click on links in suspicious emails.

When a stranger reaches out, “unfortunately, in this day and age that we live in, you should be very skeptical.” 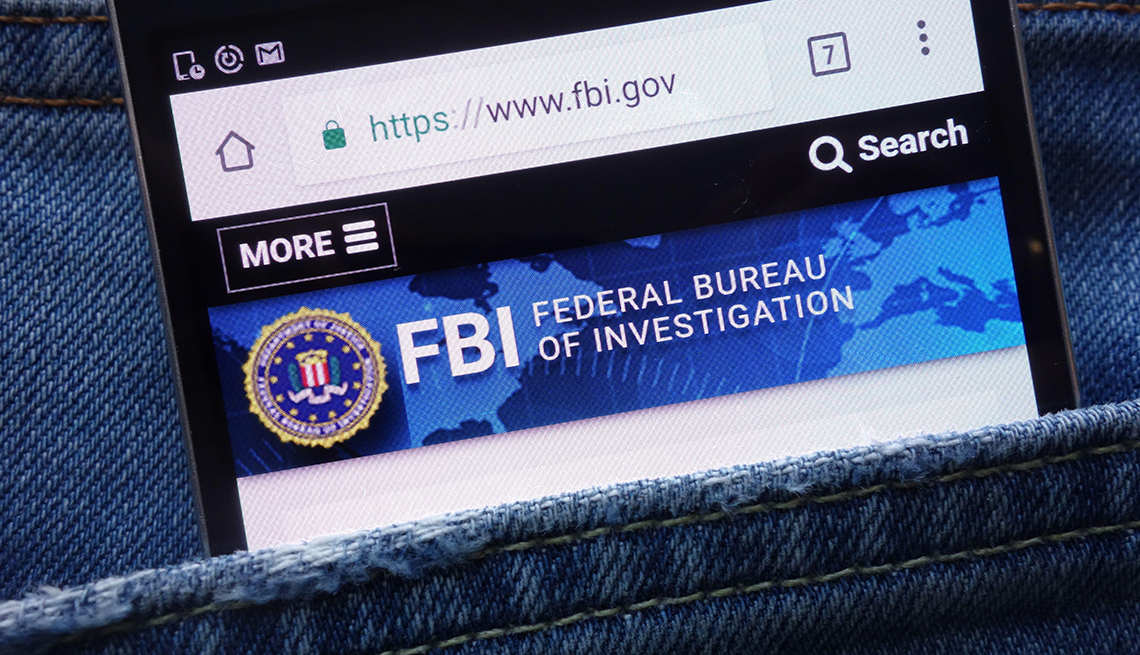 During pandemic, opportunistic crooks want your data, cash and help laundering their loot 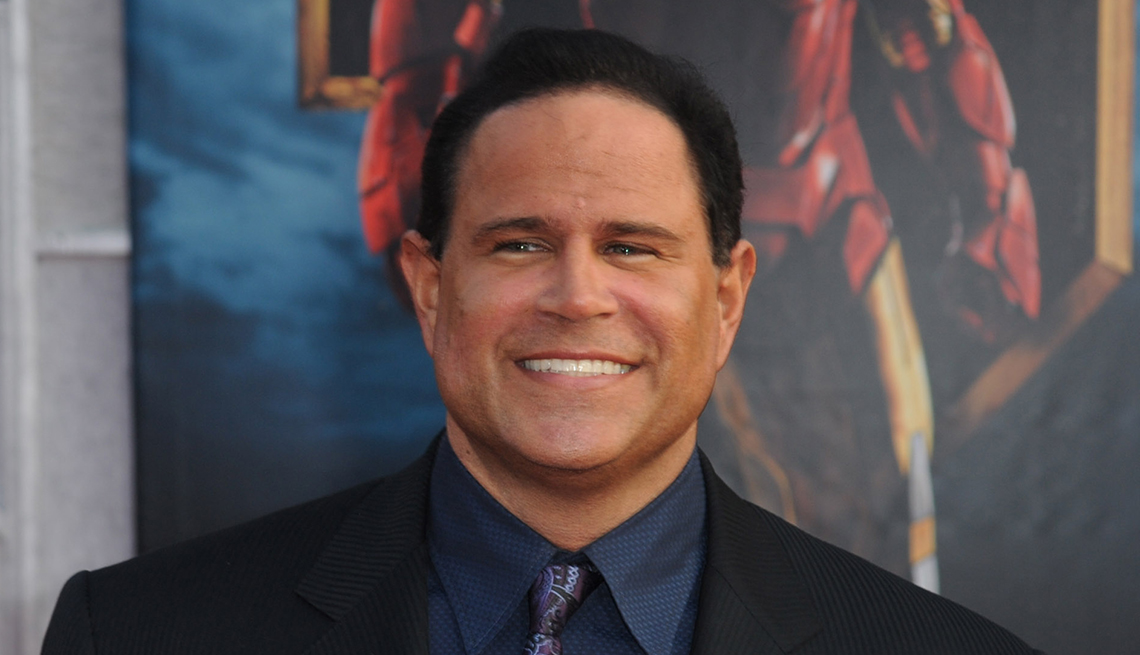 Allegations could be straight out of a Hollywood screenplay 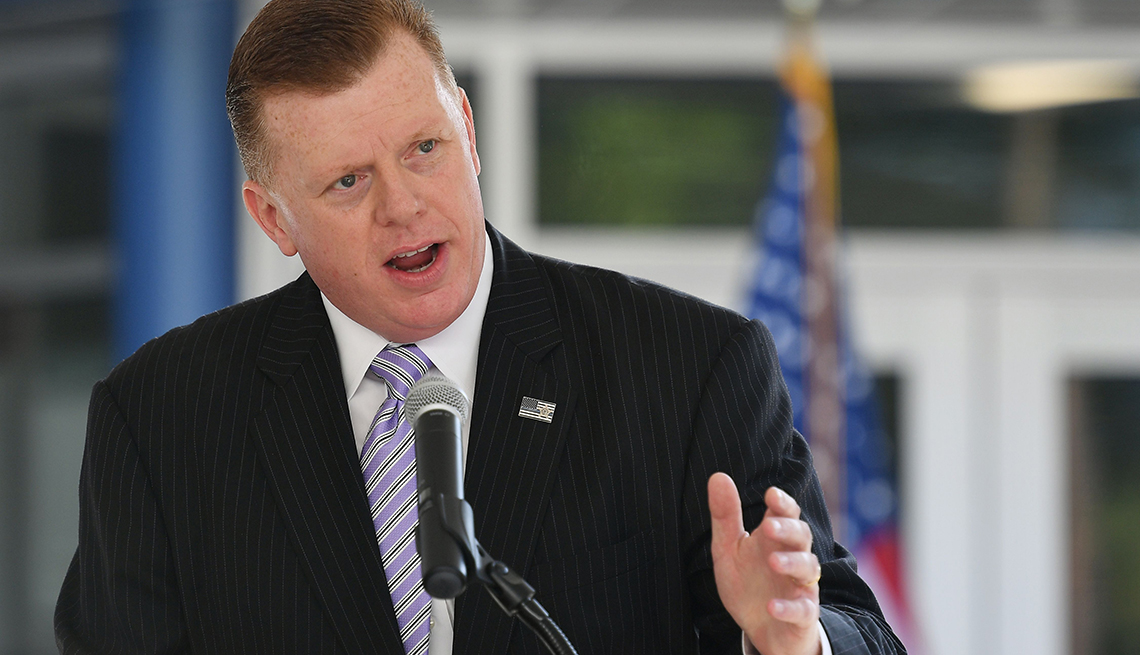