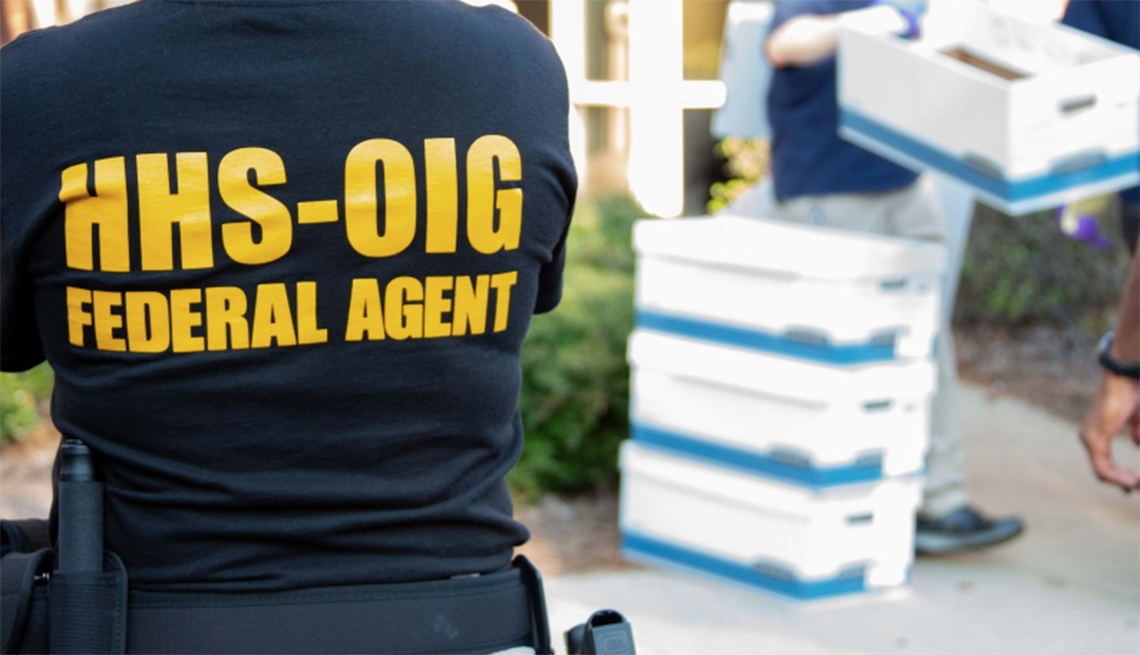 DEPARTMENT OF HEALTH AND HUMAN SERVICES

En español | After a sweeping crackdown on bad actors blamed for $2.1 billion in Medicare fraud, federal officials are urging older Americans to refuse offers of “free” genetic testing for cancer.

Equally important, they urged people to safeguard their Medicare identification numbers so they do not fall into the hands of fraudsters.

Federal officials announced on Friday charges against 35 people after a nationwide probe centered on false billings for medically unnecessary genetic tests for cancer.

They said the cases constitute one of the largest frauds in the history of Medicare, which was implemented in 1966 to provide health coverage to Americans age 65 and older.

The crackdown was called Operation Double Helix, named for the description of the structure of a DNA molecule.

The probe was conducted by the federal prosecutors working with the FBI and the law enforcement arm of the Health and Human Services Department, its Office of Inspector General.

Officials said the case heightens the need for seniors to protect themselves from Medicare billing scams and noted that the genetic testing scam is ongoing.

The fraud occurs when Medicare is billed for a test or screening that is not medically necessary or not ordered by a beneficiary's treating physician.

The first step to avoid getting scammed is to guard your Medicare number, officials said. Share it only with trusted health care providers you know. Don't give it out to a stranger whether in person, on the phone or online — however credible they might sound. Once compromised, a Medicare number can be used in other fraud schemes, costing the program valuable dollars and potentially making beneficiaries personally liable for payments.

Officials advise seniors to refuse delivery of genetic or DNA tests or to return them to the senders unless their personal physicians ordered them. Keep records of the sender's name and the date you returned the test.

If you have a medical concern, be sure your doctor examines you and assesses your condition. While Medicare does cover many genetic tests for diagnostic purposes, it only covers one to screen for cancer.

Officials also urge beneficiaries to regularly examine their Medicare Summary Notice (MSN), which details an explanation of benefits (EOB) and bills from providers. Beneficiaries should look for key words like “gene analysis,” “molecular pathology” or “laboratory.”

If a service, test or bill appears suspicious or arrives from a provider they don't recognize, seniors should contact their local Senior Medicare Patrol (SMP) or contact the HHS OIG.

Here's how the scheme typically unfolded: Recruiters, often at county fairs and other public events, targeted Medicare beneficiaries for genetic tests either in person (by swabbing their cheeks for DNA) or by mail (shipping them at-home DNA kits), and obtained Medicare numbers.

The recruiters, who sometimes went door-to-door hawking the genetic tests, exploited seniors’ fears of having genes that might put them at higher risk of getting cancer. Then recruiters passed on the patient information to the doctors, who allegedly ordered the tests for beneficiaries they never met or examined.

Officials said the physicians were paid kickbacks for the tests they ordered. Labs ran the tests, billed Medicare and paid the patient recruiters. Often the beneficiaries never received the results of the tests, which were worthless to beneficiaries’ own doctors.

Many beneficiaries also were billed for the tests, which they were told would be free.

The crackdown comes in an era when genetic testing has become commonplace through legitimate firms like 23 and Me and Ancestry.com, which trace family histories and analyze DNA. Officials said the scammers “exploit the promise of new medical technologies such as genetic testing and telemedicine for financial gain, not patient care."

A decade ago, it would have given Medicare beneficiaries pause if someone wanted to swab their cheek to obtain a saliva sample, Shimon Richmond, with the HHS Office of Inspector General, told the Associated Press.

"Today people know and recognize what (genetic testing) is, and they think ‘I can get that done, and I can get it done for free and find out if I have health issues that I need to address,'” he said.