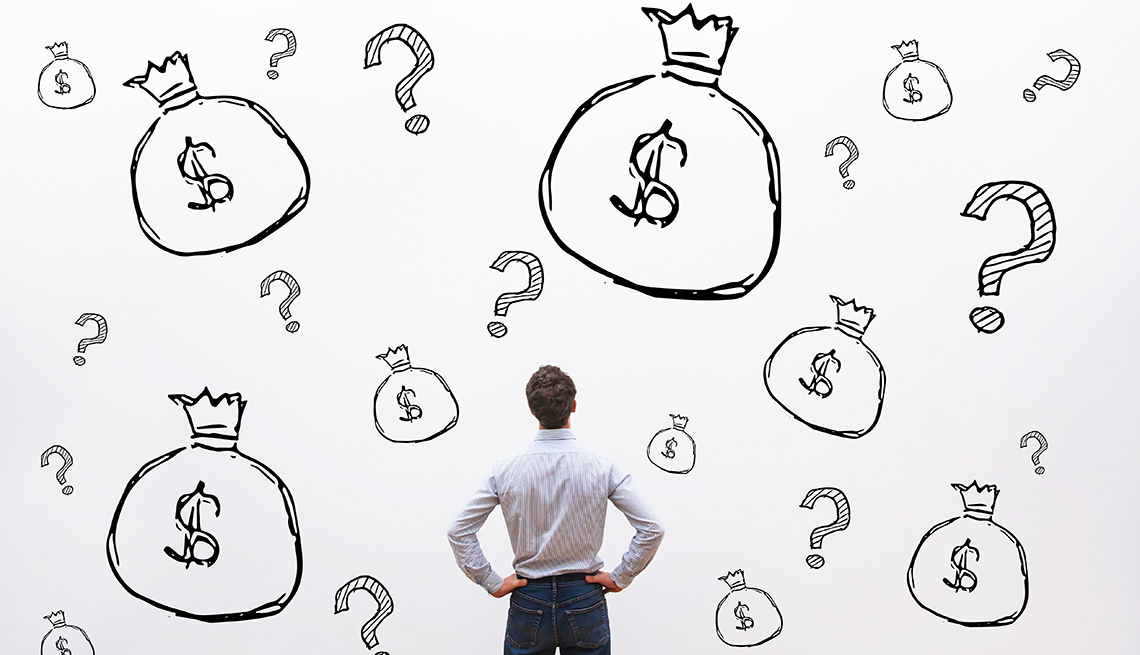 Sometimes it’s not the crazy investing ideas that we need to avoid — it’s the ones that seem most sane. Many widely held beliefs about stocks, bonds and other investments sound like reasonable guidelines for where to put your money on Wall Street. But through my work in the financial industry, I’ve seen how these oft-repeated truisms can be the catalyst for financial disaster. So be on your guard against these seven misleading beliefs, and pay attention to the real truths instead.

Though that approach may work well in many areas of life, it serves us poorly when we invest. In fact, our gut feelings lead us down predictably money-losing paths. Think of the stock market as a bandwagon that holds sway over our emotions. Is the market surging? Greed says hop on. Is it plunging? Fear says hop off — not just to you but to millions of other people watching the decline of the Dow and other market indexes. Unsurprisingly, doing what everybody else is doing precisely when they’re doing it doesn’t seem to be a winning formula for investing. You end up buying stocks as they’re getting expensive and selling them as they’re getting cheap — in other words, buying high and selling low.

INSTEAD: Ignore your gut. What does work on Wall Street is flipping the script. As Warren Buffett famously said, “Be fearful when others are greedy and greedy only when others are fearful.” I followed that advice by buying stocks during the financial crisis a decade ago. It went against every instinct I had.

Everybody likes to feel needed, including people who work in the financial services industry. We love to throw around terms like fundamental analysis, technical analysis, alpha, beta, correlation, contango and backwardation (really!). Many investment products are mind-numbingly complex, perpetuating the perception that investing is way above the pay grade of the average investor. Spoiler alert: It’s not.

INSTEAD: Keep investing simple. Make sure you can explain your investing strategy to any 8-year-old. For example, you can own virtually every public company on the planet (roughly 10,000) with one or two simple low-cost index funds, such as a total U.S. stock and total international stock index fund.

#3 You Should Buy Good Companies

Good companies are profitable and growing. So it would logically follow that they would be the best investments, right? The data shows otherwise.

For investing advice and more, get AARP’s monthly Money newsletter.

It’s hard to imagine a more secure bet than buying blue chips. They’re big, and they’re well-established. They dominate their markets. They have a record of strong financial performance. And they’re secure enough to be able to pay their shareholders dividends that grow on a regular basis. What could possibly go wrong? Well, consider that in 1982, two of the six most valuable companies in the country, paying high dividends, were General Motors and Eastman Kodak. Today the shares of the original companies are worthless. In 2005, General Electric was the world’s most valuable company. It later cut its juicy dividend, and its stock is down 48 percent in the past year alone.

INSTEAD: If you own stocks, own a broad sampling of the entire market. When it comes to owning individual stocks, the mighty can fall —  and they'll take your dividends along with them. Don’t put your whole nest egg in one basket, or even a few. Instead, invest in dozens, hundreds or even thousands of stocks at once by purchasing shares in mutual funds or exchange-traded funds. That approach will give you stakes not only in today’s blue chips but also in lesser-known companies that — who knows? — might replace them as the blue chips of tomorrow.

#5 Investing Should Be Fun

The single biggest warning sign that people are about to suffer an epic investment loss is that they are having the time of their lives. Frequent trading is fun, exciting and even a bit sexy. Day trading during the dot-com bubble and flipping houses during the real estate bubble made people downright euphoric — that is, until everything came crashing down. Beware of the buzz you get from quick profits. Scans show it’s caused by the dopamine our brain releases, and the thrill isn’t all that different from what’s brought on by addictive drugs.

INSTEAD: Investing should oscillate between dull and painful. Owning the whole market through investments in index funds — and investing more in those funds after they decline in value — isn’t fun or exciting or sexy. Most of the time, it’s boring. When the market falls and you know you shouldn’t sell but should instead buy more stock, well, it’s downright miserable.

Here’s another case of something that works well in most parts of your life but not so much in investing. Though it seems obvious that someone who does his homework should have an advantage in picking the right stocks, studies reveal this is not the case. In reality, actively managed funds — in which “experts” frequently buy and sell stocks — consistently underperform the market; any possible advantage is more than offset by the extra management cost. And these are investors with years of professional experience in the stock market, plentiful expertise on staff and access to expensive research. Spending a few hours investigating companies on your own typically won’t give you a better record than theirs.

INSTEAD: Once you’ve built the right portfolio, be lazy. When it comes to investing, doing nothing is the ticket. Embrace what’s known as the “lazy portfolio” strategy, built on laid-back methods such as aiming to hit singles (rather than home runs) and not trying to guess which way the market will move. (Learn more at marketwatch.com/lazyportfolio.) I adopted laziness long ago and haven’t regretted it since.

#7 Look to the Past to See the Future

Funds and investment pools are constantly launched with “proof” that they worked in the past — and the implication they’ll work in the future. What’s the proof? It’s often an illustration showing that if this brand-new fund had existed 10 years ago, people who owned it would be fabulously wealthy by now. This “if only I had a time machine” technique is known in the trade as “backtesting.” Unfortunately, it rarely works going forward.

INSTEAD: Don’t invest based on past performance. As the fine print in virtually any legitimate investment offering will tell you, past performance is no guarantee of future results. Rather than looking at the past, stick with what has the best chance of success in the future: an ultra-low cost, diversified investment portfolio.