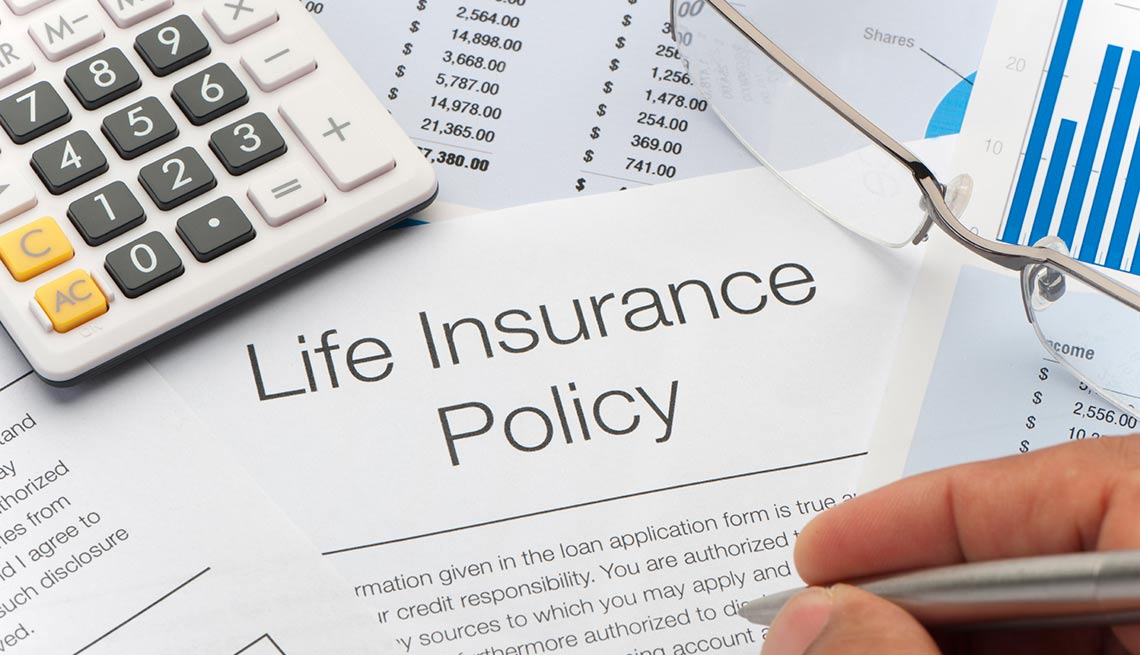 When it comes to life insurance, what is the best option for you in retirement?

En español | You already know that life insurance can provide a financial payout upon your death to your children, grandchildren and other loved ones.

But did you also know that permanent life insurance offers a slew of other benefits and creative features that can help you and your family members while you're still alive?

These perks come at a price, of course. Depending on the type of permanent insurance, premiums can be five to 12 times more expensive than term insurance, which covers you for a specific period of, say, 20 years, according to NerdWallet, a financial website. For many consumers needing insurance to pay off the mortgage or replace a salary should they die, a term policy can be sufficient.

But for those who want insurance to last the rest of their lives and who seek flexibility, there's permanent insurance. Here are five things you likely didn't know you could do with this type of insurance.

Unlike term insurance, which does not build any cash value, permanent life insurance policies let you tap into the cash value that has accrued in a policy.

You can use the cash for whatever purposes you want, typically without penalties or tax consequences — rather than only using life insurance proceeds to pass along a death benefit to your beneficiaries. For example, you can access an insurance policy's cash value to cover an offspring's college tuition, fund a wedding or pay for a major home improvement.

There is a trade-off, however, when using this strategy, according to Dave Simbro, senior vice president of life and annuities at Northwestern Mutual.

Any cash taken out of a permanent life-insurance policy cuts into the amount of funds your heirs will receive. "So you are reducing the death benefit" to beneficiaries, Simbro says. "But it doesn't have to be an either-or situation," he adds. "You can do both — take some cash and leave some money behind."

2. Pay for your long-term care needs

Many permanent life-insurance policies contain a provision or contract rider alternately known as an accelerated care benefit, a living needs benefit or a benefit access rider. Such a provision or rider lets policyholders use some insurance money for chronic care or long-term care while still preserving some or most of the insurance money as a death benefit that is paid out to beneficiaries.

"With Prudential's living needs benefit, if you're terminally ill, confined to a nursing home, or need a heart transplant or another major operation, Prudential will allow you to access that benefit while you're alive," says ShirleyAnn Robertson, a financial professional with Prudential Advisors and head of Robertson & Robertson Financial Services in Schaumburg, Ill.

Specific insurance rates and benefits vary based on your age, health and other factors.

Robertson cites an example of a 50-year-old female with a $250,000 permanent life-insurance policy, a benefit access rider and annual premiums of $2,600. Assuming the woman was taking medication, she would be entitled to chronic care benefits capped at $5,000 a month, or $340 per day.

If the woman later went into a nursing home or used in-home care at that rate of $5,000 a month for two years and then passed away, she would have used $120,000 worth of insurance benefits. The remaining $130,000 would then be paid out to her heirs, Robertson says.

3. Receive a guaranteed income in retirement

While you are alive, you can also get an annuity from permanent life insurance instead of later providing a death benefit to relatives and others.

"I have clients who kept their policies for 20 or 30 years, and they didn't have a good pension plan and never invested in IRAs," says Eustace Greaves Jr., head of Greaves Financial Services and the Bridge Insurance Agency in Brooklyn, N.Y.

"Now, they're going to get Social Security, and they can also take a portion of the cash value of their life insurance and put it into an annuity and get a guaranteed payment for life.

"It won't be Rockefeller money," Greaves adds, "but it will be a reliable stream of money every single month. For many people, that's the difference between financial security and financial disaster."

Once you have a paid-up permanent life-insurance policy, no further premiums are due and your coverage is guaranteed for life. Greaves says some people obtain a paid-up policy by taking one big lump sum of money and purchasing what's known as a "single-pay whole life policy."

Other people, however, aggressively pay sizeable chunks of cash over the course of several years in order to get a paid-up policy and then stop making payments.

Either strategy can be effective. But Greaves warns: "Be careful of how much you prefund a whole life policy." You can pay up a whole life policy over seven years, he says, but if you put in even a penny more than is legally permitted, "you can turn the policy into what's called a modified endowment contract, and that creates a taxable event."

For guidance on this strategy, therefore, and to assess your insurance options overall, it's prudent to consult an insurance professional about your best course of action.

Another clever way to use life insurance is to automatically reinvest dividends that normally get paid out from a policy, instead of taking those dividends in cash.

By reinvesting a policy's dividends, the payout your beneficiaries receive upon your death can grow substantially — without you paying any extra money out of pocket.

So by using dividends to create a heftier pot of life insurance, you can ultimately be more generous to your heirs, giving out larger sums to selected individuals or perhaps simply passing along money to a larger number of beneficiaries.

What about using term life insurance to leave a legacy?

"Term insurance is great and it serves a purpose," Simbro says. "But it solely provides a death benefit." With permanent life insurance, he adds, "there's an underappreciation of all the range of options one has and the flexibility and control, too."

Simbro suggests that those in their 50s who may still have only term insurance explore their "conversion rights and choose to convert their term policy into permanent coverage that lasts forever."