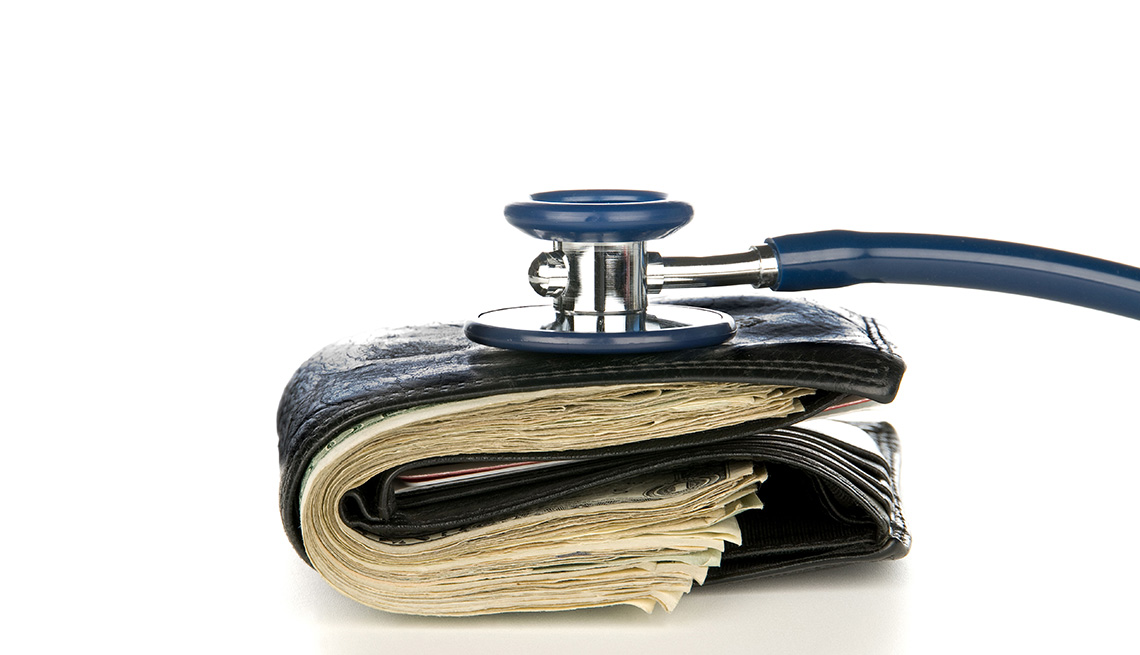 It’s a familiar story: You need surgery, become ill or experience a medical emergency. You’re treated at a hospital in your health plan’s network. As you head home to continue your recovery, you take some measure of comfort: Insurance will take care of most of your bills.

But for you and many other patients, that comfort proves to be a mirage. Not long after returning home, you get a notice in the mail from an ambulance company, medical lab or specialist who took part in your treatment. They aren’t in your health plan's network, and you’re stuck paying part of their bill.

According to a March 2019 study by the Health Care Cost Institute that analyzed claims data from nearly 620,000 hospital admissions, about 1 in 7 patients using an in-network hospital was nevertheless billed by an out-of-network medical provider, a practice known as "balance billing." Anesthesiology, emergency treatment and lab services were among the most common causes of these unexpected bills.

Medical providers in your health plan’s network cannot collect more than the rate negotiated by your insurance company. A non-network provider can, and often will, charge its full price. Many plans will still pay some of that bill, based on what the insurer considers the customary fee for a procedure. The out-of-network doctor or facility might then bill you for the remaining balance.

The average “surprise amount” in such cases is roughly $1,500, according to Mark Hall, a professor of law and public health at the Wake Forest University School of Law who has written extensively on balance billing. But the amount you are balance billed can reach into the tens of thousands of dollars, says Karen Pollitz, a senior fellow at the Kaiser Family Foundation, which focuses on health care issues.

Balance bills are primarily an issue for people with private insurance. Government-run health care programs like Medicare do not have set networks of physicians and facilities; you can see any practitioner who provides Medicare-covered services, and the vast majority of those providers have agreed to accept Medicare’s rates for those services. (That’s if you rely on MedIcare Parts A and B, also known as original Medicare. If you also have a Medigap or Medicare Advantage plan provided by a private insurer, you may be subject to that plan's network limits.)

Balance bills are often associated with emergency treatment. If you are seriously injured or ill, a first responder or family member is likely to take you to the nearest ER or the one most suited to the medical situation, regardless of whether it is in your network. Even if the facility is in network, the doctors you see might not be — nearly two-thirds of ER physicians at U.S. hospitals are outsourced, according to a National Bureau of Economic Research report — and those out-of-network doctors might bill you at their own rates.

This can also happen in nonemergency situations. You can choose treatment at an in-network hospital but still be billed by an out-of-network provider who works there, even one you haven’t seen. “You may never meet these doctors,” Pollitz says. “They may just look at your slides or films.” Your blood work might be sent to an out-of-network lab, or you could be referred to a clinic or practice affiliated with the hospital and charged a “facility fee.”

Other causes of surprise bills

How surprised you are by the size of a medical bill may be a function of how well you understand the cost-sharing terms of your insurance policy, such as the deductible, copays and coinsurance.

Here are some other reasons you might receive a shock bill:

Out-of-pocket costs. How surprised you are by the size of a medical bill may be a function of how well you understand the cost-sharing terms of your insurance policy, such as the deductible, copays and coinsurance. Experts estimate that one-fourth of Americans who carry health insurance are actually underinsured because of coverage gaps and out-of-pocket expenses, according to a 2019 Commonwealth Fund report.

For most covered services and procedures, insurance will only start paying once you’ve reached the annual deductible. After that, you’ll pay coinsurance — for example, 20 percent of the rate negotiated by your plan for a service — until you reach your out-of-pocket maximum, a yearly cap on how much you pay for care.

Carefully check your explanation of benefits (EOB), the statement you get from your insurer that breaks down what it pays and what you pay for recent treatment. And be aware that even if you don’t change plans, your deductible, copays and coinsurance might change from year to year.

Billing errors. Every medical procedure has a five-digit Current Procedural Terminology (CPT) code, which providers list on bills and insurance claims. (Medicare has a similar system called the Healthcare Common Procedure Coding System, or HCPCS.) With thousands of codes, and paperwork that goes through multiple hands, “human error happens, both in inputting those codes and in accepting them as accurate,” says Caroline Pearson, a health policy expert at NORC, a research institution at the University of Chicago.

The more complex the bill, the more likely it is to include mistakes. A surgery or hospitalization can involve dozens of services, medications and consultations. That’s dozens of opportunities for typos, clerical errors and confusion between what a doctor ordered and what was actually done, says Victoria Caras, the owner of Aspen Medical Billing Advocates, a Colorado firm that works with patients to review and reduce health care bills.

Costly errors may be buried in page after page of specialized terms and complex codes, and analyzing a bill line item by line item “is really difficult for a patient to do,” Caras says. A 2018 Consumer Reports survey of insured adults who’d incurred major medical expenses found that more than a third had paid a bill they weren’t sure they owed, in part due to confusion over the charges.

Billing fraud. Most medical billing errors are just that — errors. But outright phony charging does occur. According to the National Health Care Anti-Fraud Association and billing experts, common types of billing fraud include:

Medical identity theft. This occurs when someone obtains your health care information — for example, a Medicare, Medicaid or health insurance number — and uses it to see a doctor, get prescription drugs, file insurance claims or get other care. Indications that you’ve been a victim of medical identity theft can include:

AARP’s Fraud Resource Center has information on preventing and recovering from medical ID theft and identity theft generally. Call the AARP Fraud Watch Network Helpline toll-free at 877-908-3360 if you or a loved one suspect you've been a victim of identity fraud.

What to ﻿Do ﻿﻿if You Get a Surprise﻿ Medical Bill

How to Negotiate a Surprise Medical Bill

How to Pay Off Medical Debt

When all else fails, these tools can help you deal with big bills