Is It OK to Retire With Some Debt?

What to know about leaving the workforce with unpaid loans 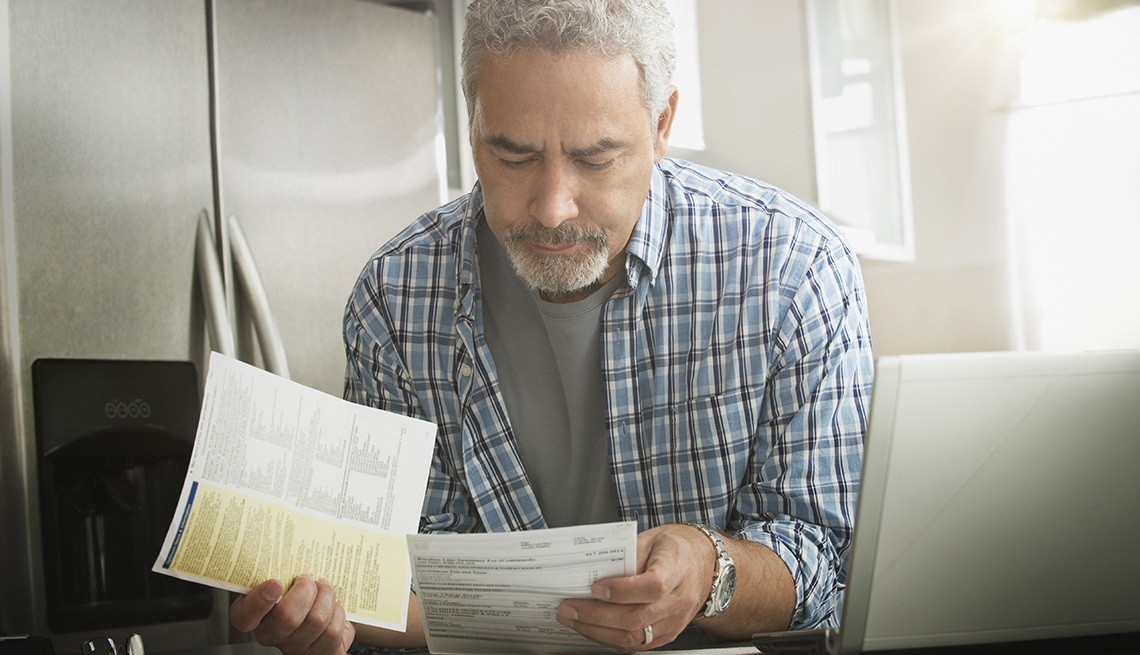 It used to be more the rule than the exception: Older Americans would enter retirement debt free, with no home loans, no car loans, no credit card debt.

But that’s no longer the case. Today, people are increasingly retiring with all sorts of debt — mortgages, home equity lines of credit (HELOCs), credit cards, cars and even student loans.

Mortgages and HELOCs make up the bulk of that debt, but older Americans also are retiring with more student loan debt than ever before — much of it loans they took out to finance college and graduate school for children and grandchildren.

Debt isn't all bad. But before you retire with it, there are a few issues you should consider.

Borrowing plays an essential role in financial planning, but it should be revisited before entering retirement, says Robert Westley, a certified public accountant and financial planner. According to Westley, “good” debt may be effectively used before retirement to build wealth over time. “Good debt is debt used to acquire assets that appreciate at a rate higher than the interest rate owed on the borrowed funds,” he says. An example is borrowing to buy a home.

Jeffrey Levine, the CEO and director of financial planning at BluePrint Wealth Alliance, also says certain debt is better than other debt. “We generally think of credit card debt as being ‘bad,’ and housing debt as ‘good,’ ” he says. “But the reality is more complex than that.”

The debate over student loans

Westley says student loans generally fall into the good-debt category because “you are investing in human capital or the aptitude for increased lifetime earnings.”

But some experts say older Americans should avoid taking out student loans for their children or grandchildren, and make sure their own retirement is secure. “As the popular expression goes, ‘There are no loans for retirement,’ “ Levine says. “If a parent’s retirement is not certain and a student does not have enough money to pay for school ‘out of pocket’ — and few do — then the student should take the loan. If the parent later finds that their circumstances allow, they can help the student pay back the loan. As an added ‘bonus,’ funds put into the parents’ retirement accounts are not considered assets when filling out the FAFSA form,” he adds, referring to the Free Application for Federal Student Aid.

In general, experts advise against retiring with debt. Debt is generally unfavorable for individuals, as it hurts their cash flow, Westley says. “Managing cash flow is the cornerstone of a retirement plan because retirees typically live on a fixed income derived from their investment portfolios, Social Security, pension plans and the like,” he says. “Routinely, retirement income is lower than preretirement income, and therefore debt repayments that were once manageable preretirement begin to consume a proportionately larger share of income.”

Consequently, Westley says, it can become quite challenging to live comfortably in retirement while paying down outstanding debt.

So when approaching retirement, it’s prudent to review everything you owe and decide whether any debt should be paid down or paid off while you still have the financial flexibility to do so, he says.

Westley says pre-retirees should prioritize paying down their most expensive debt first, beginning with their highest-interest consumer debt, such as credit cards, personal loans and auto loans. “These types of debts are generally considered bad debt, as the loan proceeds are used to purchase an asset that immediately depreciates,” he says.

For other types of debts — including mortgages, home equity loans and margin loans — Westley says it’s important to consider the interest rate, tax benefit and whether the repayments will continue to be affordable in retirement.

First, he recommends estimating your expenses in retirement against your projected retirement income to determine if the debt repayments will continue to be within your means. “If the payments consume too much cash flow, strive to pay off the debt before entering retirement,” Westley says. “If the debt continues to be affordable because of a high income or asset base, consider what the interest rate costs on an after-tax basis and compare that rate to what you may earn by keeping your liquid portfolio assets invested.”

Remember, too, Westley says, the Tax Cuts and Jobs Act of 2017 eliminates the interest deduction for home equity indebtedness and results in far fewer taxpayers benefiting from itemizing their deductions. “If the analysis favors paying off debt before retirement and funds are not available to satisfy the obligations, pre-retirees and even retirees have a few different levers to pull,” he says. “These levers include delaying retirement, picking up a part-time job in retirement, downsizing a home and moving to a lower-cost-of-living state.”

On the bright side, entering retirement with some debt today is not nearly as bad as it was in the past, Levine says. “For one, interest rates are still relatively low. Paying down a 4 percent mortgage is nice, but if you can earn 6 percent with that same money, the better financial move is to keep the money invested and pay the mortgage over time,” he says.

Because retirees are living longer than ever now, he adds, they need higher returns on their investments: “That means that at the beginning of retirement, they need to be more aggressive — on average — than retirees of previous generations. They have to make those funds last longer.”

And aggressive investing increases the likelihood of “beating” the interest rate with investment returns.

Levine says that older Americans who own homes might consider a reverse mortgage. These have become more popular as of late, and a number of studies have concluded that they can be helpful tools for retirement planning. Bottom line, according to Levine? “Not all debt in retirement is bad, and sometimes it might even be necessary.”

Robert Powell is editor of TheStreet's Retirement Daily, a retirement columnist for USA Today, and editor of the Investments and Wealth Institute's Retirement Management Journal.