Refinancing can be a great way to save money and help you more quickly get rid of a mortgage. And with interest rates near historical lows, you may be wondering whether a new loan makes sense for you. Perhaps, but keep in mind that not all refinance offers are worth the trouble — or the expense. Before making a decision, take a look at the following six do's and don'ts.

1. Do Pull Your Credit Report and Score

Start out by pulling your credit reports so that you know exactly what a prospective lender will see. You don't want any nasty surprises, like having someone else's late payment showing up on your report by mistake.

Under federal law, you're entitled to one free copy per year of your report from each of the big-three credit bureaus — Equifax, Experian and TransUnion. You get it by visiting Annualcreditreport.com.

The report won't include your FICO credit score, which is a summary of the information in your credit reports that represents your potential credit risk. It will cost you $19.95 online to get the FICO report.

From a bank's perspective, "your credit score is a reflection of what kind of risk you are," says Bill Hardekopf, chief executive of LowCards.com, a website that provides comparative consumer information about credit cards. "The lower your risk, the higher your credit score will be. And the higher your score, the lower your mortgage rate will be."

2. Do Shop Around for the Best Rates and Lowest Overall Fees

In recent months, mortgage interest rates have fallen well below 4 percent, their lowest levels since the 1950s. But not everyone qualifies for the super-low rates. They're normally granted only to people who have excellent credit and at least 20 percent equity in their homes.

So pick up the phone and start dialing lenders. Have your credit score in hand — the person at the other end of the line will want to know it. Or you can shop online at mortgage comparison sites like HSH.com or bankrate.com, which will do the rate hunting for you.

"Just understand that rates change on a day-to-day basis. So shop on the same day," says Shah Tehrany, who runs the mortgage advice site AskShah.com.

Tehrany suggests asking about other refinancing expenses such as loan origination points, loan discount points and lender fees such as underwriting, processing and application fees.

Don't focus just on the interest rate. Instead, look at the overall APR — or annual percentage rate — on a loan, Tehrany says. That way, you'll be able to make a true, apples-to-apples comparison of the overall cost of credit from each lender.

Most large banks are charging lender fees ranging from about $1,200 to $1,700 for each mortgage closed, Tehrany says. 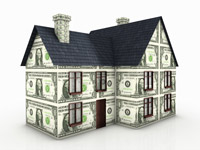 3. Do Use Caution When Taking Cash Out

Some people use mortgage refinancing as a way of retiring higher interest debt, such as credit card balances — you borrow extra for that. While eliminating that kind of debt is a good strategy, you don't want to do a "cash out" refinance deal only to run out and charge up the credit cards again, says Barb Mickelsen, a senior residential mortgage loan officer at Firstrust Bank in Conshohocken, Pa. The risk is that you'll end up both with big credit card balances and with a larger mortgage note that may become unaffordable.

4. Don't Let Low Rates or Teaser Rates Get You Into Trouble

It's easy to want to trade in your current mortgage for a new one when it seems like everyone else has a lower rate than you or when banks are offering "teaser" rates, like adjustable rate mortgages that start off low and then reset upward.

You may have family members, friends or your local, friendly banker telling you to follow the old, conventional wisdom that you should refinance whenever rates fall by at least 1 percent.

But getting a new mortgage doesn't always make economic sense.

Mortgage Refinance Calculator
Use this calculator to determine whether refinancing your mortgage is a sound financial decision.

"No matter what somebody's telling you, you need to run the numbers and see if a refinance is wise financially," says Mickelsen. "For people who've had their mortgages for 15 years or so, and they've already locked in a low rate, refinancing may not be worth their while."

A costly refinancing can also be a poor choice if you're planning to sell your home and move in just a few years.The only way to know for sure, she adds, is to do a "break even" analysis: Look at how much money you'd pay if you continued with your current mortgage versus how much you'd pay over the life of a new loan, including the closing costs.

"The numbers don't lie," Mickelsen says. They're "not just an opinion or someone else's subjective viewpoint."

And just as you should always read the terms and conditions of any credit card offer, so should you read the fine print of a new mortgage.

"You need to go beyond a lender's introductory rate, or that very attractive promotional rate, and ask yourself: 'After X number of years, if the interest rate goes to a new level, what will that mean and what kind of income will I have?'" says Hardekopf.

Consider how you'd fare if your income stopped in retirement or dropped dramatically. "If that happens when your rate increases, you could be in for a world of hurt," he says.

AARP offers a Mortgage Refinance Calculator to help you decide whether refinancing makes sense for you.

5. Don't Extend the Term of Your Loan Unnecessarily

"In my opinion, nobody over the age of 50 should be taking out a 30-year mortgage. Who would want to be paying a mortgage in their 80s?" says Tehrany, who is also managing director at Franklin First Financial, Ltd. in Melville, N.Y. "Half of the refinancing business I'm currently doing is for 15-year loans."

Instead of starting all over again with a new 30-year loan, opt for a loan with a shorter term so you can more aggressively eliminate housing debt.

This advice, of course, won't apply to everyone. "Sometimes older Americans are struggling to just pay their bills," says Mickelsen. "So if you're refinancing because you need a lower payment and if it's a choice between defaulting on a current mortgage versus taking a mortgage with a longer term, then by all means take the longer mortgage."

In years past, it wasn't uncommon for borrowers to be hit with unexpected fees and rate changes when they proceeded to settlement on their loans. These days, that doesn't happen as much, thanks to recent federal laws protecting consumers in the mortgage market.

For starters, you can now get a special statement 72 hours before closing. Known as the HUD-1 form, it contains an accounting of all the costs tied to your mortgage. You should carefully review it and compare the lender fees and expenses listed on your HUD-1 to the GFE, or Good Faith Estimate, that your lender initially gave you.

You have specific rights. "Anytime the rate on your APR changes by more than one-eighth of a percentage point, the law stipulates that a lender must redisclose that to the consumer," Tehrany says. "And they have to redisclose the loan at least three days prior to closing."

But if you don't catch something — particularly as you're signing a slew of documents during closing — you needn't worry. That's because mortgage borrowers have three days to change their minds.

"If you close on a Monday, you have the next three days — Tuesday, Wednesday and Thursday — to rescind or cancel the transaction," Mickelsen says. "So if you think something isn't how it should be, use those next few days to ask questions and investigate."

By the fifth day, Friday, the time will be up and you'll be the holder of a new mortgage.

But if you've followed these six steps, you should be able to pay it fine.