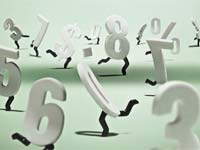 Do you know how to handle debt collectors?

For West Asset Management, a debt collection firm with 1,500 employees in 13 states, harassment by telephone was the business model, says the Federal Trade Commission.

See also: How can I stop junk mail?

Answer the phone and you’d be subject to cursing and false threats of arrest, wage garnishment or seizure of property by self-described attorneys. Hang up and instantly, there was another call. Don’t answer and your phone kept ringing.

At Unicredit America, faking up a courtroom was the preferred tactic. According to the office of the Pennsylvania Attorney General, employees dressed as sheriff’s deputies hand-delivered dubious subpoenas ordering at least 370 frightened people to its office in Erie, Pa. — which was done up as a courtroom with other employees posing as judge and bailiffs.

California-based collector Rumson, Bolling & Associates, meanwhile, used outright threats of violence, reports the FTC. Unless paid, its employees vowed to kill alleged debtors and their pets. To rape their mothers. And on at least two occasions, to desecrate the bodies of the deceased children of debtors owing on funeral bills.

What is it with debt collectors? Most of the 450,000 employees at the nation’s 4,100 agencies, in the words of their trade association president, are “salt of the earth” who play by the rules in their difficult task: trying to collect an overdue $150 billion that’s owed in this tough economy to businesses ranging from huge banks and utilities to mom-and-pop florists and veterinarians.

But others — plenty of them, judging by the more than 140,000 consumer complaints to the FTC in 2010 (27 percent of all complaints filed, the most for any single industry) — rely on lies, harassment and extortion to get money.

West Asset Management, which paid a $2.8 million settlement to the FTC, and the parent company of Rumson, Bolling & Associates declined to comment on the FTC’s charges. Michael Covatto, president of now-defunct Unicredit, could not be reached for comment.

What motivates rogues to violate the Fair Debt Collection Practices Act, the federal law that dictates what collectors can and can’t do?

“Because the incentives are high, and penalties so low, there’s much more money to be made with threats and shaking people down,” says journalist Fred Williams, who spent three months as a debt collector for a Buffalo, N.Y., agency before writing the book Fight Back Against Unfair Debt Collection Practices.

Victims can sue them in state or federal court. If they win, they can collect up to $1,000 from the collector, and possibly court and attorney fees. A class-action lawsuit by a group of consumers can seek up to $500,000 or 1 percent of the collector’s net worth, whichever is lower. Especially egregious violations can warrant civil lawsuits seeking million-dollar fines and company closure.

The FTC also may refer potential criminal violations by debt collectors to federal and state prosecutors. Then it’s up to the prosecutors to determine whether to investigate and bring criminal charges.

Many collectors feel emboldened to push the limits. Doing so can have a personal payoff — in Williams’ agency, top-performing collectors could look forward to $10,000-a-month bonuses.

The best way to avoid calls from debt collectors is to pay your bills on time. But if you get caught up in a collection process, know that you have rights under the law.

“If it’s a credit card debt, expect to receive a copy of your card application form — with your signature,” says former collector Michelle Dunn. “If it’s a medical debt, expect to see a statement or invoice outlining the services provided, dates and doctor’s name. Just getting a letter from the collection agency isn’t proof.”

But other collectors buy debts up front, usually for 30 to 50 percent of its original amount, and keep all of whatever is collected. They can make deals on their own.

Some collectors will accept monthly payments, even for amounts reduced by a settlement. “If you settle, the debt shows on the credit report that you paid it,” says Dunn. “It doesn’t say you paid less than what was owed.”

On your letter, signal with a “cc” that you’re filing copies to the Federal Trade Commission, Better Business Bureau, your state attorney general, your local chamber of commerce and ACA International, the collection industry’s trade association. This can help because “legitimate agencies like to brag about their memberships, and chambers and the ACA want members in good standing,” says Dunn.

The National Association of Consumer Advocates can give you more information about debt collection and your rights.

Williams routinely witnessed fear-prompting tactics. Some debtors were pressed to borrow more. As a collector, “the way you become most successful is getting people to take a second mortgage or create a new type of debt to pay off the one you’re calling about.”

According to officials, common violations of the law include repeated and constant calls to debtors (or any calls before 8 a.m. and after 9 p.m.), false threats to have them arrested or their property seized, or the use of profane or abusive language. Other tactics: pretending to be attorneys or police officers, or threatening to seize wages, property or Social Security payments unless paid.

Public humiliation was an effective tactic, Williams says. Some collectors “would leave messages saying they are ‘investigators’ who will call the debtor’s boss if they didn’t pay. Who wants that?”

Hard-luck stories or claims of mistaken identity fell on deaf ears. “Whether you owe or not, collectors figure you’re gaming them,” says Williams. “They justify their tactics because many debtors run their own scams, pretending to be somebody else or they’re not home.”

The best of times — and the worst

The economic turmoil of recent years has increased the volume for the debt-collecting business.

“Typically, about 3 percent of consumer debt has been turned over for collection, but today it’s running at about 6 percent,” says Mark Schiffman, spokesman for ACA International, the collection industry’s trade association.

Keeping a job in this business, however, is the hard part. “Collectors must meet quotas — bringing in a certain amount of money each month — or risk losing their jobs,” says Michelle Dunn, who owned a debt collection agency for eight years before writing The Guide to Getting Paid and other books for creditors and collectors. They face the paradox that while the amount of debt they’re trying to collect is up, the amount they’re able to collect is down.

“With unemployment and the bad economy, people don’t have the money to pay back,” says Schiffman. “Whether it’s just that or the bad reputation of the industry, most people don’t want to hear from us.”

You may also like: Is mortgage modification for you?