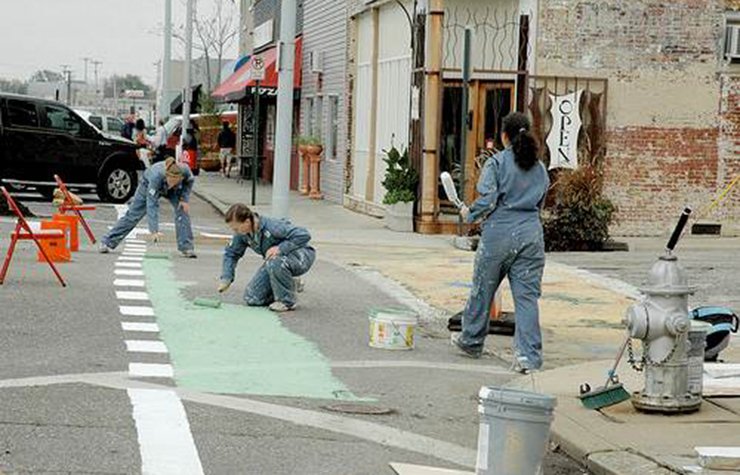 Once a bustling commercial center, Broad Avenue had been turned into a divided highway that bisected — and thus disconnected — the Binghampton neighborhood's residential and commercial areas. For decades, the district struggled with crime and blight. In 2006, Broad Avenue began to slowly emerge as an arts district. To truly thrive, however, the area needed the boost of both emotional and financial investments.

"A New Face for an Old Broad" was a temporary, three-block streetscape exhibition — populated by protected bike lanes, crosswalks, pedestrian refuge areas, pop-up shops, food vendors, and activities for visitors of all ages — in order to spur interest in the area and show what a new arts district could look like.

The event ran for two days in November 2010. (See a video about the streetscape exhibition.)

In addition, the team redesigned the street-level public spaces to illustrate how better infrastructure can breathe life into a commercial district. By focusing on bicyclists and pedestrians instead of cars, the team: 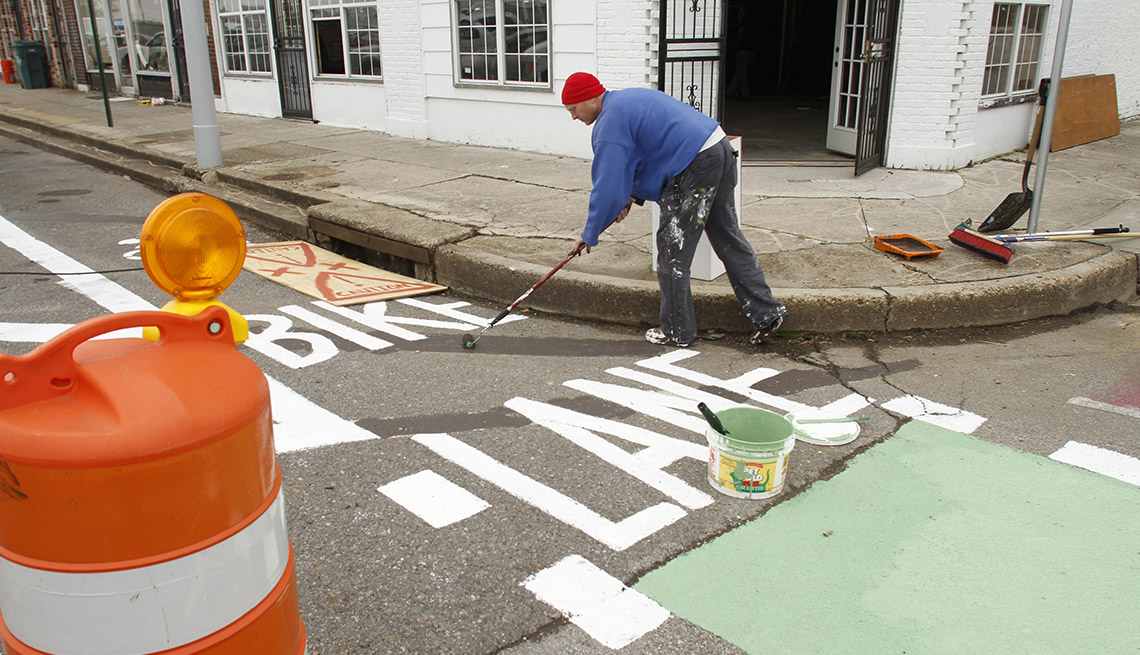 The Costs and Crew

The project received logistical and financial support from the Hyde Family Foundations, the Binghampton Development Corporation, the Memphis Regional Design Center, the City of Memphis and the Community Development Council of Greater Memphis/Livable Memphis.

The event surpassed the organizers' expectations. Original goals targeted a turnout of 5,000 people; estimates are that 13,000 people attended the event.

"At first we were concerned that the bicycling would take away from business, but we quickly saw it was helping business twofold,” said Pat Brown, business manager of T. Clifton Art. "You did have people biking, but it also helped narrow the street and slow people down. All of a sudden, people were noticing businesses they hadn't noticed before because they were speeding by at 45 miles an hour or more."

Added David Wayne Brown, president of Splash Creative, an advertising agency: "We demonstrated that inner-city, old neighborhoods can be revitalized. Everything doesn't have to be suburbanized, where we tear down the trees and build something new."

Since the demonstration project, Broad Avenue and the Binghampton neighborhood has seen more than $25 million in investments, the opening of more than two dozen new businesses and more then 30 property renovations. The temporary streetscape remained after the demonstration project. A more complete and permanent version will replace it when the Hampline path is constructed.

Through the Mayor's Innovation Delivery Team (now Innovate Memphis), a new program — MEMFix — was begun as a citywide cosponsored version of the "New Face for an Old Broad" Pop-Up Project.

At least two, whimsically-designed MATA bus stops have opened in Binghampton and several interactive public art displays have been installed.

In addition, developer Eric Goode said the area's "guerrilla-style revitalization" has prompted him to turn a 12,000-square-foot former warehouse on Broad Avenue into a retail and restaurant space. 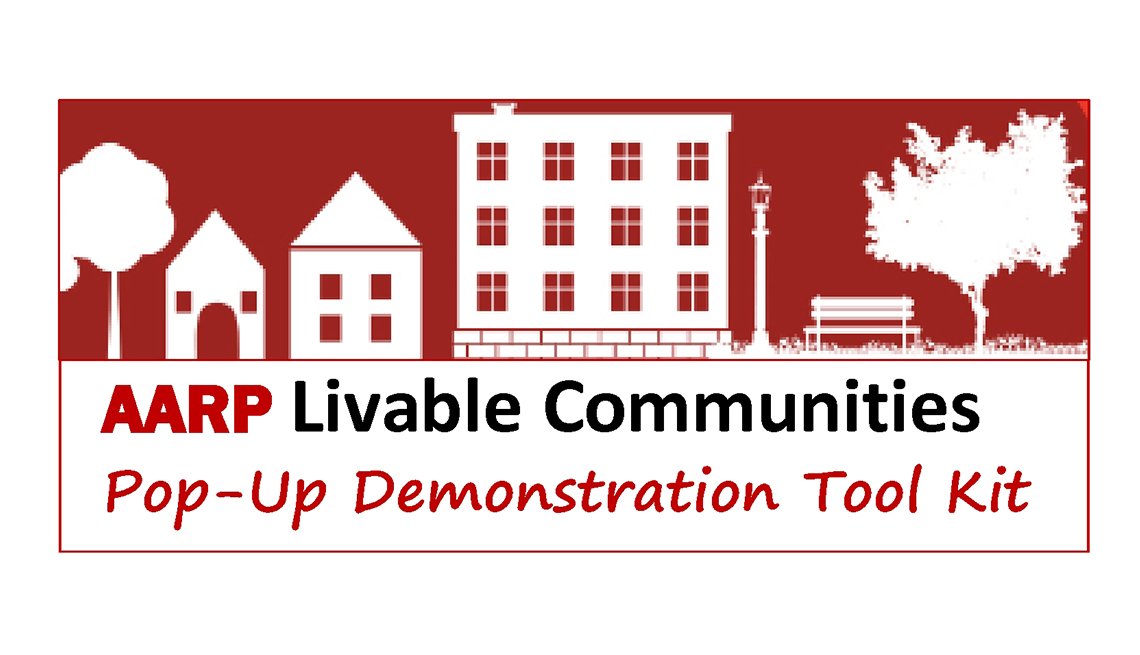