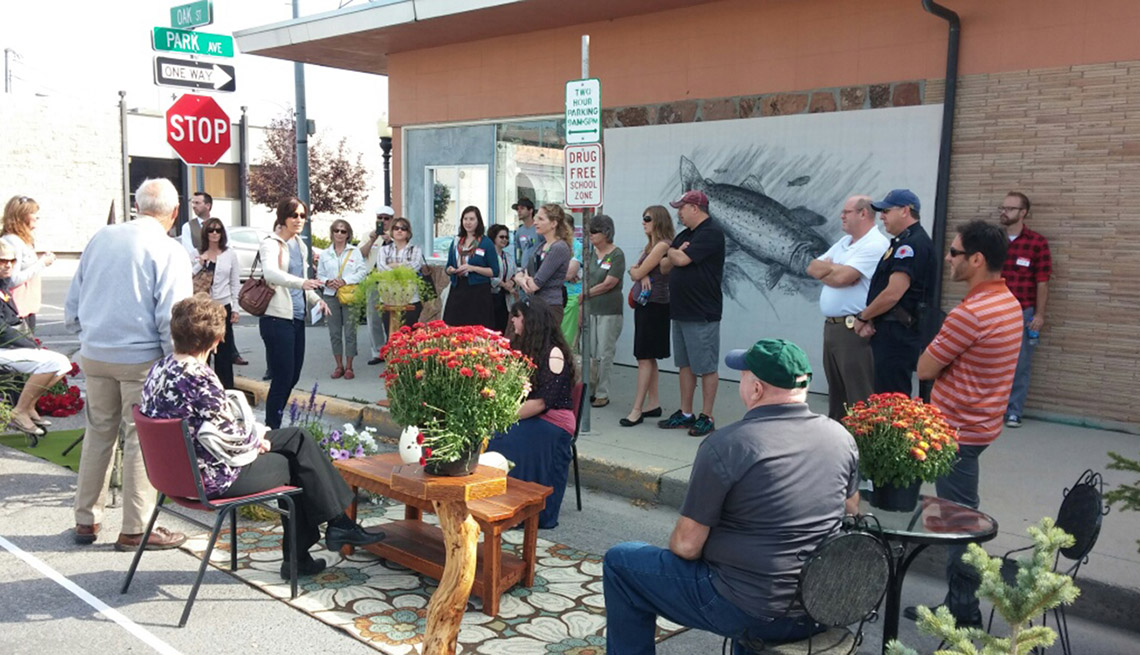 Anaconda-Deer Lodge County (A-DLC) — population 9,329 — is a consolidated city-county government with Anaconda, Montana's ninth most populous city, at its heart.

Over the past several decades, life in the once-bustling downtown has greatly diminished, leaving behind a community characterized by a struggling economy, poor health record, and a vehicle-oriented, sedentary lifestyle. Among the city's challenges:

An irony about the city's problems is that Anaconda was initially a walkable community. "It was built in 1894," noted Connie Ternes-Daniels, the county's chief executive officer. "It developed into an automobile community. For a long time we've had this discussion to stop the pass through, to create the feeling to get out of the car.''

The community outreach efforts of BAAT identified speed and the lack of pedestrian-friendly roadways as the primary reasons residents don't visit and walk around the downtown. The BAAT team worked with the nonprofit America Walks to run a community-based workshop in September 2014 with a focus on creating a walkable downtown. The groups decided to repurpose a public parking space to create a parklet, which is typically a site that has been created from a small piece of land, such as a former parking space.

The temporary parklet was ready for visitors on September 23, 2014.

A "before" and proposed "after" for Main Street.

The Anaconda Main Street Workshop focused on understanding how people engage in main streets, specifically on shopping, dining and stopping. Approximately 30 workshop attendees then participated in a walk audit and visited the parklet demonstration site, where the group stayed for about an hour and people purchased ice cream from a new shop located on the parklet's corner.

The project had limited funding, but the Building Active Anaconda Team was able to utilize skilled volunteers and generous business donations to complete the installation.

The success of the impromptu large trucks test proved helpful in moving the project forward. As a direct result of the Anaconda Main Street Workshop and parklet demonstration, a different, but overlapping, group called the Accelerate Anaconda Committee obtained county approval and funding for a parklet to be placed where the pilot pop-up project occurred. The local job corps' welding program helped with the construction.

The assorted groups were also successful in petitioning the Montana Department of Transportation (MDT) to paint bike lanes west of town and sharrows (shared vehicle and bicycle lanes) east and through the downtown. As of early 2016, the groups have not secured pedestrian curb extensions from the MDT, but the Accelerate Anaconda Committee reports that it "will not stop working for them."

The temporary parklet was permanently installed in 2016.

The following efforts would also be helpful to Anaconda: