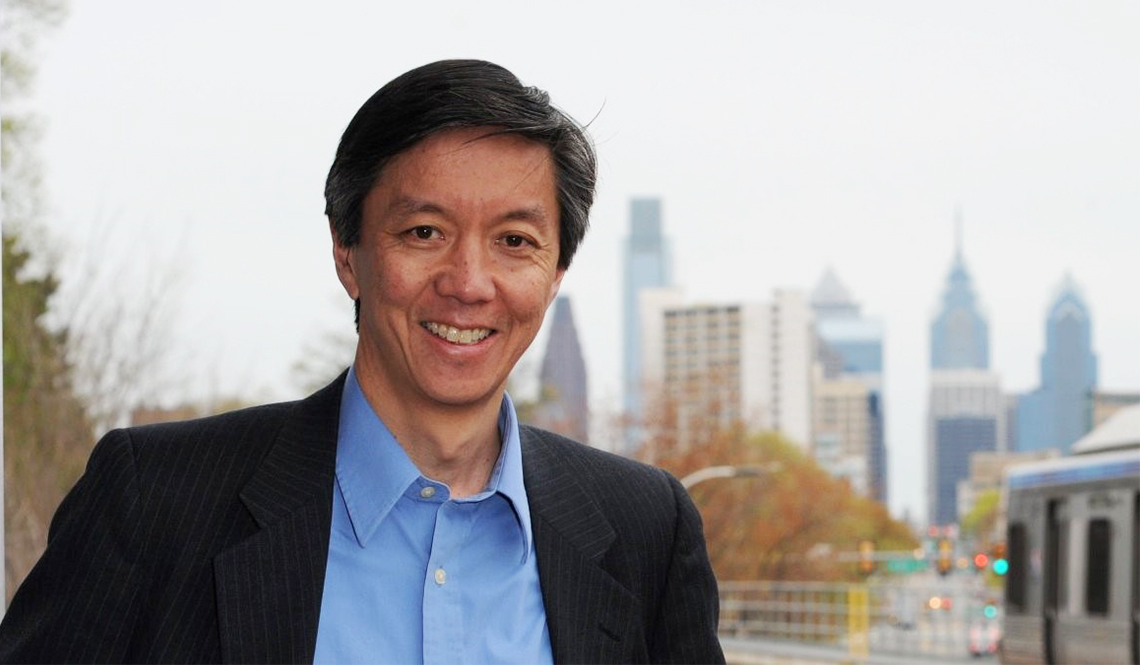 "The best communities have a lot of people involved in doing things, not just a few people with money or education or loud voices," says Toy. "High levels of participation make communities vibrant, weaving a strong social fabric together."

Andy Toy is the community development and communications director of the Philadelphia-based Southeast Asian Mutual Assistance Association Coalition or, as it's commonly called, SEAMAAC. Toy has been involved in the city's community work — as a professional or civic volunteer — since graduating from the University of Pennsylvania, where he earned degrees in economics and public and urban policy. 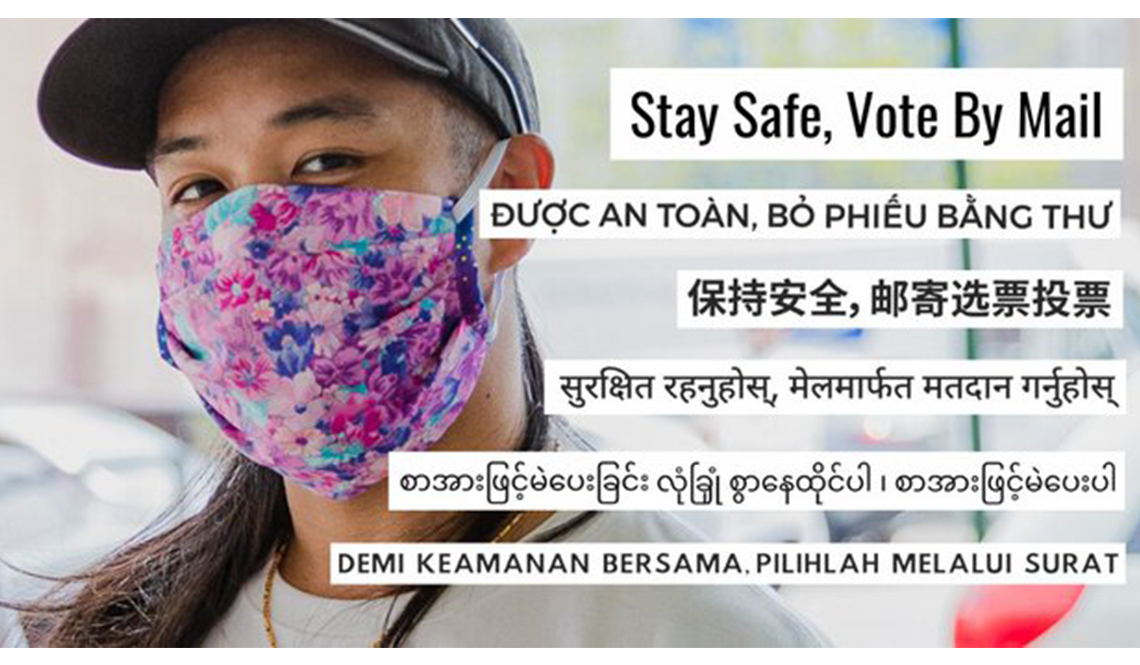 To encourage safe participation in the Pennsylvania primary during the COVID-19 pandemic, SEAMAAC posted social media messages in several Southeast Asian languages. The vast majority of the organization's staff is bilingual or multilingual with an intentional racial and ethnic diversity. Its website hosts content in Chinese, Vietnamese, Khmer, Indonesian and Burmese.

Mission: “To support and serve immigrants and refugees and other politically, socially and economically marginalized communities as they seek to advance the condition of their lives in the United States.”

Vision: "SEAMAAC envisions a strong and unified society, where immigrants and refugees work alongside other Americans to build shared political, economic and social power. We envision a community where the contributions of each generation of Americans, whether native to this land, immigrant, or brought against their will, are equally acknowledged, valued and embraced, and where all people live whole, healthy lives with joy and dignity."

Among the credentials on Toy's resume are positions with the City of Philadelphia's Commerce Department and Zoning Code Commission, the Local Initiatives Support Corporation, the Philadelphia Chinatown Development Corporation, the Logan Square Neighborhood Organization and The Enterprise Center initiative to empower minority small business owners. (Toy himself is the grandson of immigrants from Guangzhou, China, who created restaurants in Boston and Milwaukee.)

In addition, Toy is the founder of United Voices for Philadelphia, a civic engagement coalition, and the Philadelphia Public School Giving Circle, a micro-grant program.

Among Toy’s recent projects was a partnership between SEAMAAC and AARP to launch the Elders’ Story Cafe program in Mifflin Square Park, one of the few green spaces in a South Philadelphia neighborhood that is roughly one-third Asian American, one-third Black and Latino, and one-third white. Chairs and tables were placed in the park, encouraging people of all ages to gather. During the cafe events older residents shared their stories of journeying from distant lands to make a new life in Philadelphia.

AARP: Why did SEMAAC create the Elders Story Cafe?

Toy: One of the principles of SEAMAAC is to draw on the wisdom of elders. There are lessons of resilience for everyone in what they've been through. And it's valuable for older immigrants to express their experiences. But a typical senior center is not always equipped to help elders do this, especially when language is an issue.

That's why we created the multi-generational gathering spot in Mifflin Square Park and launched the story cafe program. It’s an informal setting where people of all ages and backgrounds can feel comfortable going and connecting with others.

Through interpreters fluent in four languages, older community members share their personal stories — stories that are too often taken for granted. We tried to get a good mix of the neighborhood's elders, from long-time African American and white residents, to long-tenured Vietnamese to the newest Bhutanese residents. One Vietnamese woman described escaping across a river from men firing guns. She almost drowned and her brother was killed. She wanted everyone to understand her thankfulness about being in America. We document all these stories.

The Elders' Story Cafe received grant funding from the 2018 AARP Community Challenge. Watch the short video above and read "Supporting Storytelling in Philadelphia" to learn more.

The story cafe series done in the fall of 2018 was a success, and while it hasn't been possible to host the event this year because of COVID-19, we want to do it again next year as part of a campaign to engage neighbors in the project and park renovation, which will include a meditation area, exercise path, ping-pong tables, a bathroom, more seating, adult exercise equipment and other features that were requested by older park-goers.

We also started a food truck — called "SoPhiE," for South Philly East — where we continue to incubate local chefs, so food and beverages are available. It’s like a family celebration with kids running all around. Our Burmese chef has gotten a lot of attention around town and now runs her own sushi bars in three supermarkets. During the summer of 2020, we launched a new chef, Nia Minard, whose food is Mississippi Delta African American rooted. The Philadelphia Inquirer ran an article about her and her specialty Mississippi hot tamale.

AARP: What needs or challenges do you see and work on specific to the different Asian American/Pacific Islander immigrant communities you engage with? How do you get the newer residents to participate and feel comfortable in their new neighborhoods and city?

Toy: In Philadelphia, the sense of isolation felt by older Asian Americans can be greater than for other groups because many are immigrants who experience language and cultural gaps. And they're often more dependent on their children than other groups are.

On the other hand, this stronger sense of family means multi-generational households are more common, which helps people age in place.

It's important to recognize that there's a lot of diversity among Asian Americans, ranging from low-income to upwardly mobile. Among immigrant households, some have just arrived from Bhutan, Myanmar and Indonesia. Those from Southeast Asia, mainland China, Taiwan, Pakistan and Korea are more established in the city. While we love the diversity, it comes with additional challenges. For example, SEAMAAC has hired staff with close to 20 languages and dialects represented, which enables us to reach many who would otherwise be isolated.

A few years back, SEAMAAC began what we call the Elders Gathering. We did so to pull folks from this dangerous isolation by inviting them to attend a weekly, Tuesday morning gathering where they could easily communicate with friends, get up to date on what's happening and share a light breakfast. The Elders Gathering reaches older community members who feel uncomfortable going to typical senior centers that lack language and cultural competency.

"It takes a lot of work to encourage people to become involved — and that's especially true for lower-income people who might be working three jobs, or immigrants who speak a different language. But if people from all parts of the community aren’t there when the decisions are made, they won’t help in the work of getting things done or care whether the project succeeds or not. When people are actively engaged in a project, the more ownership they have in what happens." — Andy Toy

Having a diversity of chefs on our SoPhiE Food Truck also makes people feel at home and demonstrates that their food and culture are valued.

Many of our community members come from cultures where they wouldn't be asked their opinions, so we constantly need to show that we're listening and their opinions matter.

One way we've done this is by creating a Leadership Council of Elders thats helps us make decisions for the larger gathering. Similarly, when we began planning the major park improvements, we had multiple small meetings in more than half a dozen languages to encourage participation by residents who would otherwise be drowned out by the English speakers.

AARP: Based on your long experience working in Philadelphia neighborhoods, what do you see as the building blocks of a livable community?

Communities need places where people can gather. People need a sense of being connected. These places can be a commercial corridor, a park, a corner bar, a church or temple, a barber shop, a grocery store, or even a front stoop where people stop and talk. Those locations create a sense of community and sense of place. And don’t forget places where older and younger people can get together, and live together — this is important everywhere, but particularly for immigrants.

There also needs to be a sense of hope and optimism that we can make things better, and there need to be strong community organizations that can help make that happen. The best communities have a lot of people involved in doing things, not just a few people with money or education or loud voices. High levels of participation make communities vibrant, weaving a strong social fabric together.

AARP: What’s been accomplished in making Philadelphia more age-friendly? What still needs to be done?

Toy: The city has become a more pedestrian-friendly place where elders feel comfortable walking to the store or to see friends. There are more transit options in many neighborhoods. The parks have more benches. And we’ve increased the supply of affordable senior housing, although there’s still a need for more.

We're now trying to refine our zoning code to make it easier for everyone to age in place. So far that’s not happened because of some people’s opposition to increasing housing density and affordable housing — even something as simple as letting people build accessory dwelling units on their property.  If you have more density in a neighborhood, you can have more diversity in terms of ages, incomes and cultural backgrounds.

AARP: Has your thinking about community challenges and solutions changed over time?

Toy: The problems we are facing today — inequities tied to race and class — are the same as 30 years ago. But we’ve made some progress. I’ve seen neighborhoods I thought would take centuries to come back — and now they are vibrant. But other neighborhoods still suffer from social disconnection and disinvestment.

One of the most important things I’ve learned is that nonprofits and government can be catalysts for change — but change itself happens at the neighborhood level. The art of community building is understanding that everyone’s lived experience matters and can be helpful to getting results.

Of course, it takes a lot of work to encourage people to become involved — and that's especially true for lower-income people who might be working three jobs, or immigrants who speak a different language.

How do we get people engaged? One good way is to bring everyone in a community together to talk about their vision for the future. It's also important to have programming that appeals to a broad range of people. That’s how we started our project with AARP to create a multi-generational gathering spot in Mifflin Square Park.

If people from all parts of the community aren’t there when the decisions are made, they won’t help in the work of getting things done or care whether the project succeeds or not. When people are actively engaged in a project, the more ownership they have in what happens.

Andy Toy was interviewed in August 2020. Jay Walljasper is a frequent contributor to AARP Livable Communities. The author of The Great Neighborhood Book, he writes, speaks and consults about making livable communities.