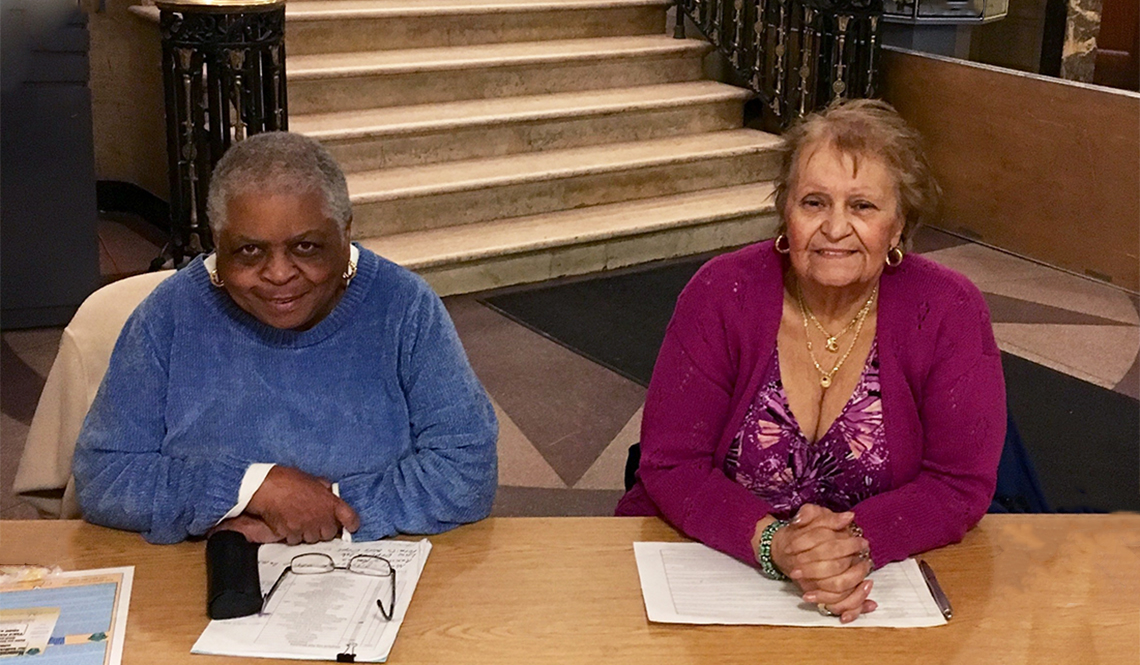 Ruth and Josephine were able to reduce their property tax bills by working as City Hall greeters.

In January 2016, when Stephanie Burke became the first new mayor of Medford, Massachusetts, in 28 years, among her first acts of business was to relaunch the Senior Work-Abatement Program. The long-dormant initiative lets residents age 60 and older spend time working at City Hall in exchange for a reduction of their property-tax bill.

Qualifying homeowners can work up to 136 hours for a maximum tax abatement of $1,500, which is nearly a third of the average Medford tax bill.

The program's goals are to:

"We were originally going to start with 25 seniors helping out by greeting people at City Hall and doing other clerical jobs," Burke says. But as the 2016 presidential election inspired residents to head out in droves for early voting, she saw a huge demand for assistance at the polling stations. So the number of workers increased. The participants relished the sense of community and purpose.

Diana Gorman, who helped register voters, describes her work experience with the abatement program as a "love fest." Greeter Carolyn Zumpanti was energized by getting to "learn a lot about City Hall."

Burke is so pleased with the program that she recommends other cities give it a try. But she offers one bit of advice: Hire or assign a dedicated coordinator so participants have a single point of contact and avoid having to navigate a "mishmash" of municipal offices.

This article is adapted from the "Work, Volunteerism and Opportunity" chapter of the AARP book Where We Live: Communities for All Ages — 100+ Inspiring Ideas From America’s Community Leaders. Download or order your free copy.