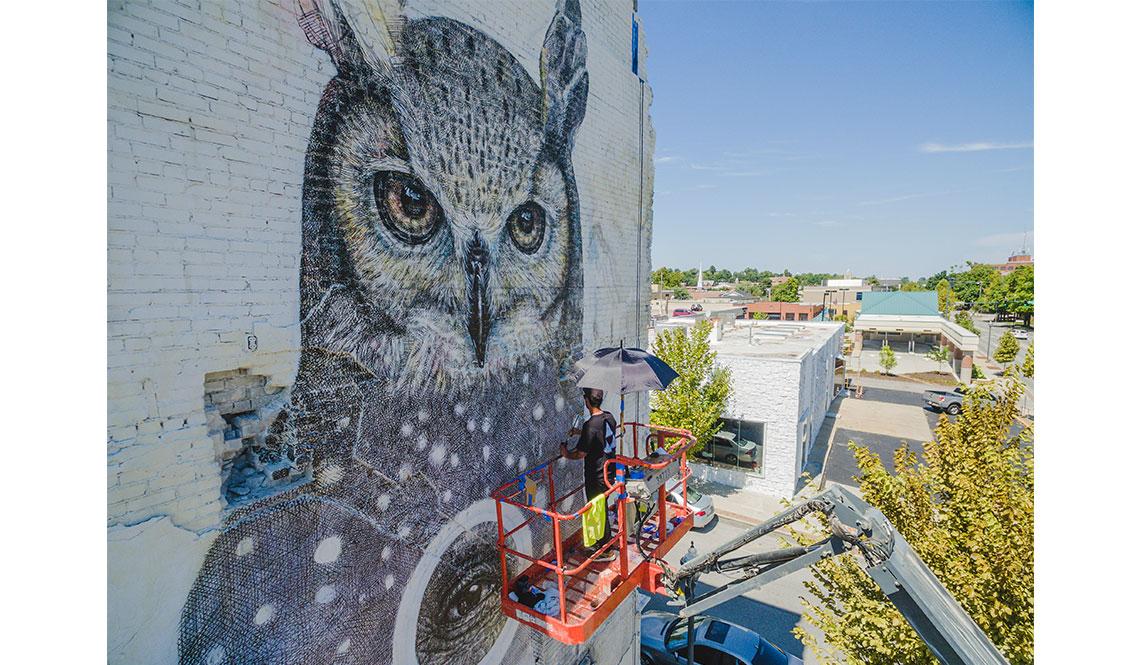 "We saw the walls of buildings as the canvas on which we wanted to paint our future."

— Claire Kolberg, organizer for The Unexpected and project manager at 64.6 Downtown

This is a story of collaboration and, yes, the unexpected consequences of making a big bet on public art. It's a story of inviting some of the world's premier street artists to the second largest city in Arkansas to create dazzling murals and boost the city's self-image and curb appeal.

The story starts with local entrepreneur Steve Clark, the driving force behind the nonprofit 64.6 Downtown, named after Fort Smith's footprint in square miles and dedicated to economic development in what was a deteriorating city center. Clark and his partners believed a festival bringing the world's coolest urban artists to town could generate publicity and energy, but they didn't have the connections to make it happen. 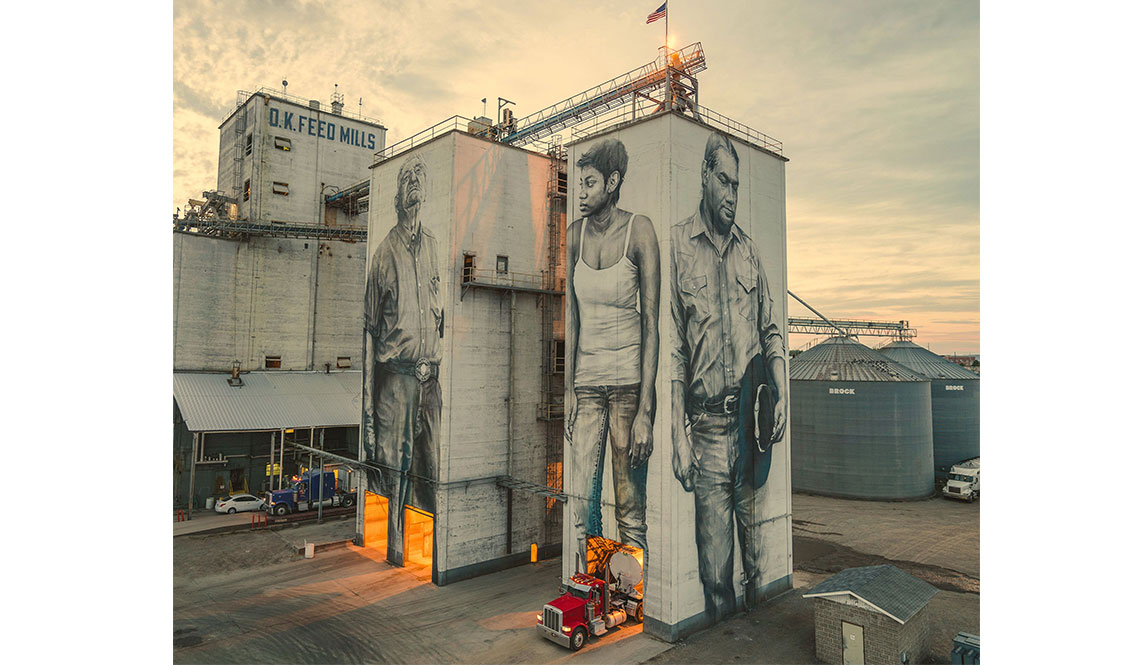 As the festival's name implies, nobody would look to Fort Smith, Arkansas, a Southern city rich in Western history, for daring urban contemporary art. And yet, in September 2015, eight superstar artists spent a little more than a week in town, creating a dozen extraordinary murals.

A local website celebrated the event: "We were rejuvenated. We all broke a sweat to go downtown and watch a handful of talented people paint cowboys, and Native Americans, and critters all over our beloved, historic downtown."

The festival's success led to a second edition in 2016, with residencies, installations, performances and videos in addition to more murals. The two festivals were the catalyst for at least half a dozen new businesses.

The project's curator, Charlotte Dutoit of JustKids, says Fort Smith "hadn't seen so many people downtown in decades. It really woke up the town."

(Editor's note: Art from the 2017 exhibition, held after this article was completed, can be viewed on the Unexpected Fort Smith website.) 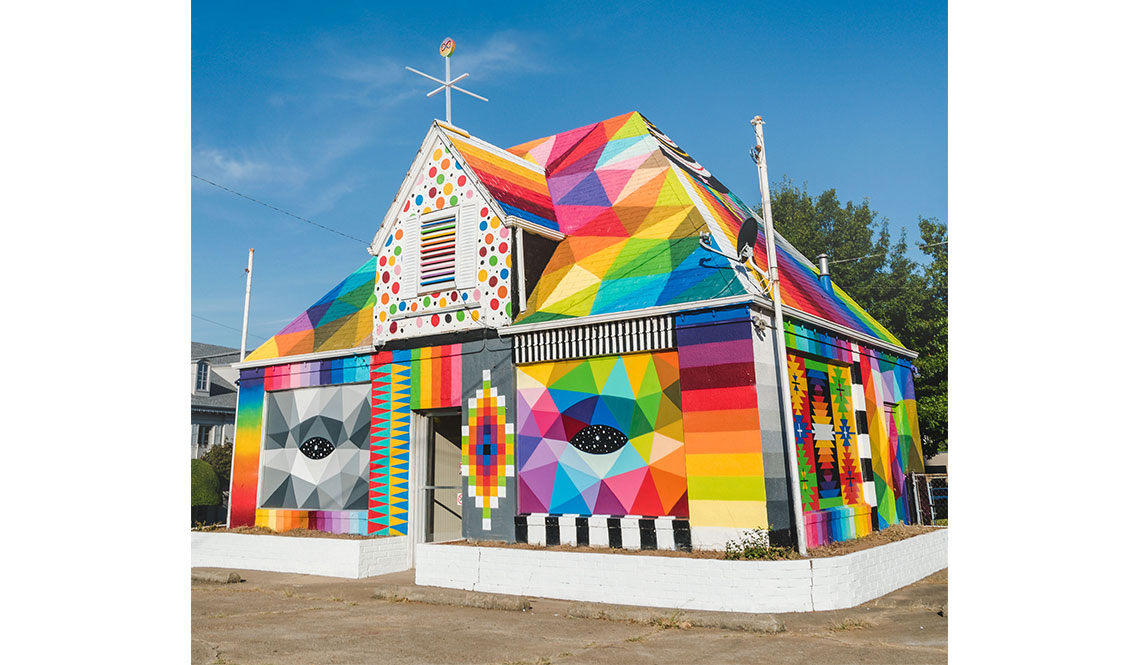 An abandoned house as painted in bright colors by muralist Okuda San Miguel.

This article is an excerpt from the "Arts, Entertainment and Fun" chapter of the AARP book Where We Live: Communities for All Ages — 100+ Inspiring Ideas From America’s Community Leaders. Download or order your free copy.