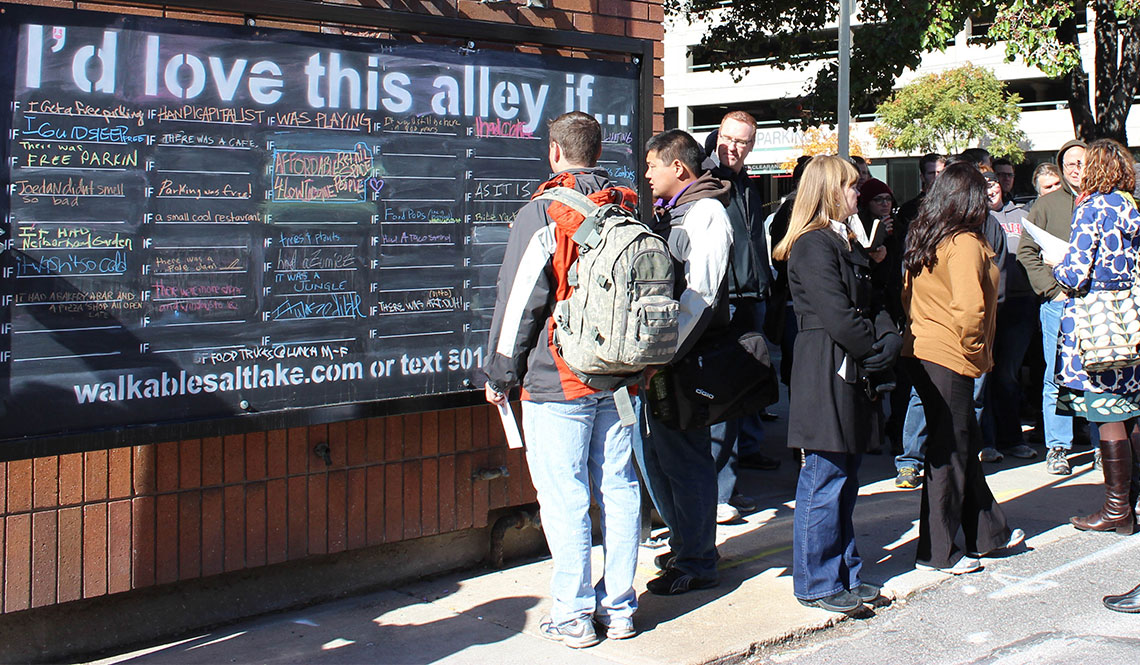 A public chalkboard made it easy to gather feedback about alleys in Salt Lake City.

Salt Lake City's pedestrian challenges began with the city layout Mormon leader Brigham Young developed in the 19th century. His plat called for blocks measuring 660 square feet with streets that were 132 feet wide.  ("Wide enough to turn an ox cart around without resorting to profanity," he purportedly said.)

Those sizable blocks were eventually divided and subdivided, with makeshift alleyways popping up as shortcuts. The downtown alleys became a quandary for contemporary planners. People wanted to use the shortcuts, but they didn’t always feel safe — and pedestrians heading into the alleyways couldn't always predict where they'd emerge on the other end.

In 2012, urban planners were trying to figure out what to do with the series of public and private alleyways that cut through the downtown area's expansive city blocks.

Inspired by artist Candy Chang's street art project in New Orleans after Hurricane Katrina, urban designer Molly Robinson decided to crowdsource the answer by setting up six community chalkboards on which she wrote the prompt "I'd love this alley if …"

The chalkboards became so filled with answers that they needed to be erased daily (after photographing the ideas) to free space for more responses.

With the chalkboards, people of all ages could write their suggestions at any time of day or night. Unlike with an online survey, the respondents were looking right at the alleyway in question. Unlike having to answer a pollster holding a clipboard, could participate on their own terms.

Among the actionable ideas: 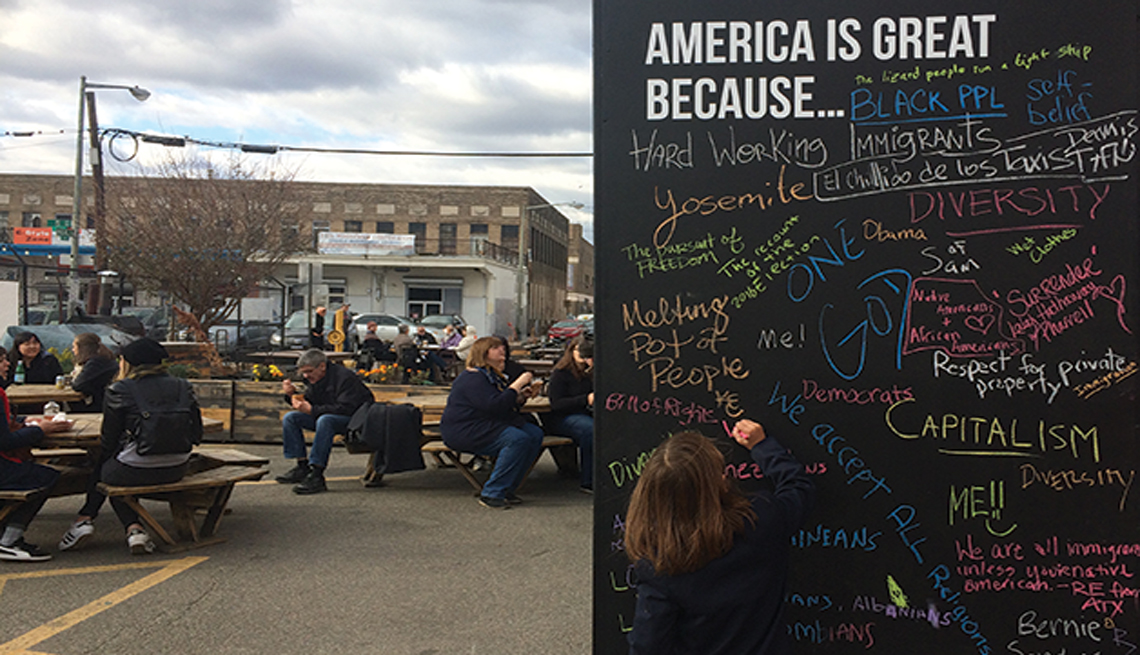 Public chalkboards and listening posts allow and encourage visitors (of all ages) to share their thoughts. The Union Market in Washington, D.C., often displays several chalkboards, each with a unique question or prompt.