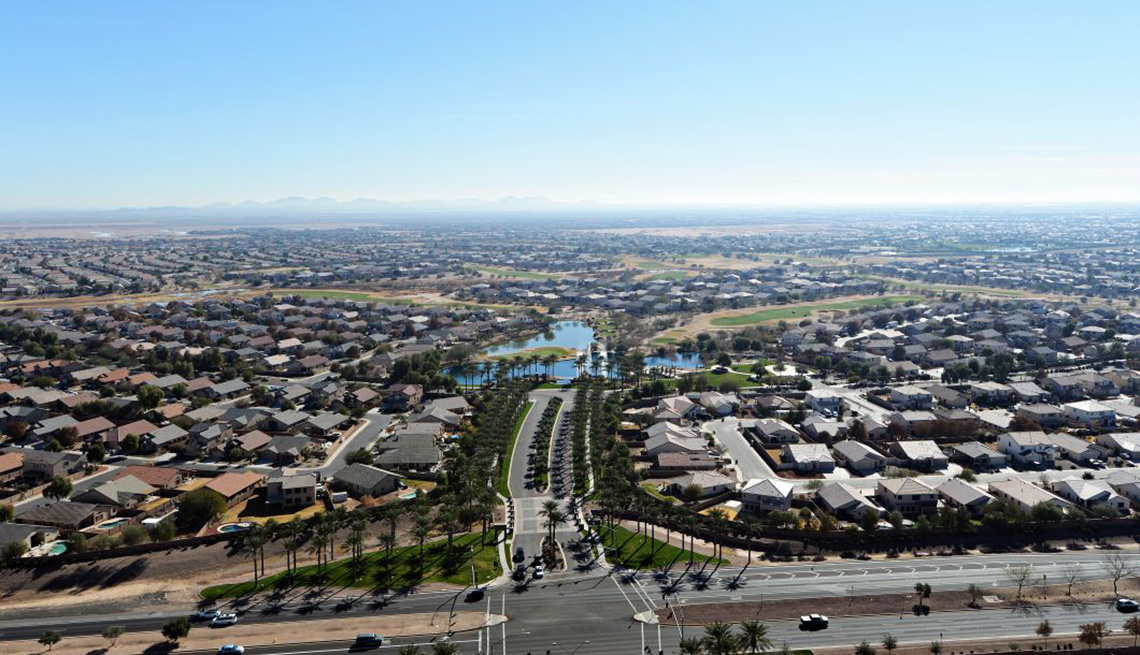 Photo from the city of Maricopa

A bird's-eye view of Maricopa City, Arizona, a sprawling suburban city seated in the Sonoran Desert.

Not long after its founding in 2003, the population of Maricopa, Arizona, a city of 1,040 residents, began to soar.

Construction projects, housing starts, new residents and new businesses made Maricopa a poster city for development and affordable homes. Within two years of its creation, Maricopa's population reached 16,000, making it one of the fastest growing cities in the United States.

"People moved here with hopes and dreams, and the recession crushed them," says Mayor Christian Price, a Maricopa resident since 2005. The city — current population 48,600 — has taken that economic downturn as an opportunity to rethink how to make Maricopa a success.

Volunteers with the Maricopa Advocate Program are trained "to champion the city and offer insight about Maricopa as a destination for businesses, visitors and residents."

Located 40 miles south of Phoenix in the Sonoran Desert, the city of Maricopa, Arizona, is a 46-square-mile-area located in Pinal County, the fastest growing county in Arizona. (Note: The city of Maricopa differs from Maricopa County, which is the home county of Phoenix and is well-known for its often-controversial county sheriff, Joe Arpaio.)

The program was launched in 2013, and the city now has several dozen volunteer advocates serving one-year terms with the option to renew.

"We were looking to solve a problem," says Price, referring to the city's hard-to-shake recession-era reputation. "Bad news spreads like wildfire. How do we take the negativity away?"

Today, growth has resumed. Home builders have returned to develop vacant lots and construct new homes. The city encourages the opening of more locally-based businesses in order to benefit both its local tax base and provide the jobs, retailers and services Maricopa's residents need.

As program participants MAP volunteers are empowered with information about Maricopa's rise and fall, as well as its current and future plans for growth. Serving as ambassadors for the city, these advocates tell Maricopa's story using reliable facts and figures to encourage prospective residents and commercial interests. 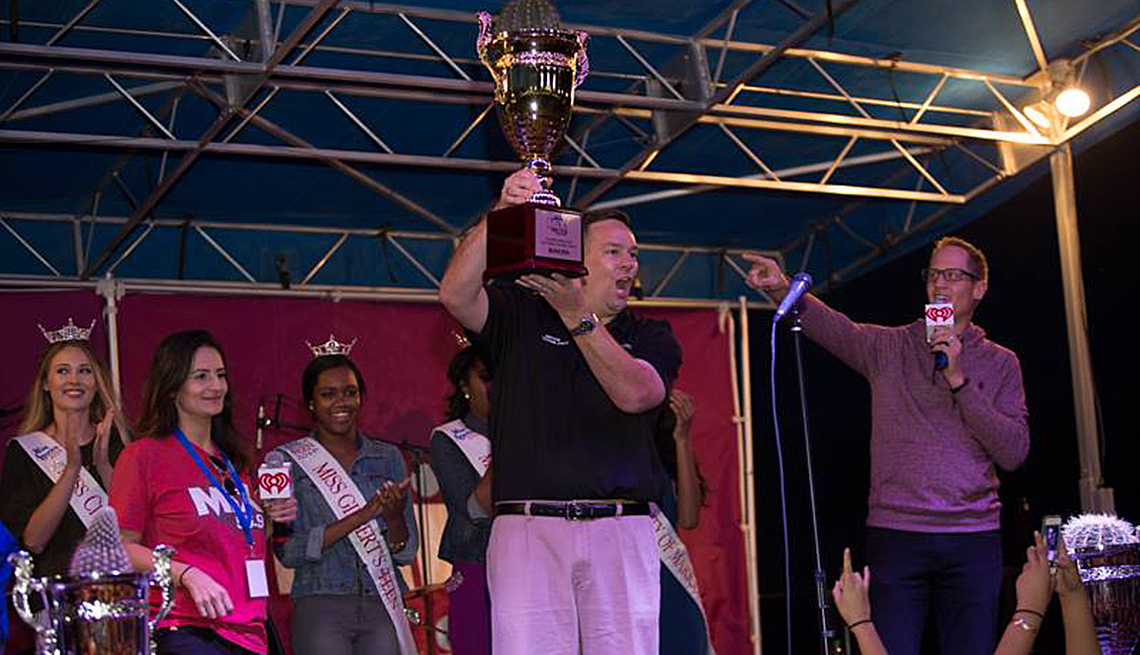 Photo from the city of Maricopa

How It Got Started

Price had seen what citizen ambassadors could do when he chaired the Greater Phoenix Economic Council. The position showed him how ordinary residents could bridge the divide between the government and the private sector.

The idea behind MAP, explains Price, is to involve residents in what's going on in Maricopa so they can become a positive public stream of information. "The more people who know the story and the backstory, the better salespeople they become," says Price. "It's huge."

Advocates receive personalized tours of city facilities and are often the first to know about a new development or business that's coming to town. Each advocate earns points for attending events and is rewarded by moving through silver, gold and platinum levels. The events, which are open to the general public, include:

The city's premier parks and recreation facility was designed for everyone. — Photo by Melissa Stanton 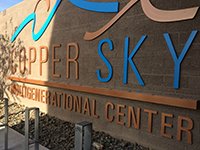 Maricopa wants to be a community for people of all ages and life stages — so much so that in 2014, when the city opened its indoor-outdoor recreation facility, it named the very popular venue the Copper Sky Multigenerational Center.

Other Maricopa events include family-friendly outings such as the annual fishing derby (in the city's 5-acre man-made lake stocked with bass, trout, catfish and other fish), Fourth of July celebration and the "Battle of the Burbs," a "best suburb" contest hosted by Mix 96.9 radio for which Maricopa is a "three-peat" winner.

How Advocates Are Recruited

Word of mouth. That's it! Any Maricopa resident or nonresident can apply online at the city's website and attend the monthly and quarterly events to learn the latest about the city's development and plans. The advocates are local business owners and individuals. They're people who want to be involved and keep their pulse on Maricopa. Of the more than 60 advocates, half are extremely active in the program.

The Prep And The Process

Advocates are tasked with sharing information. They do this by taking part in conversations with neighbors, posting on social media, socializing at events, attending HOA meetings and simply chatting with people while they're out and about. The advocates talk to their audiences — be they one person or many — about local happenings, such as a building site's status or road closures, and correct any misperceptions and squelch rumors. 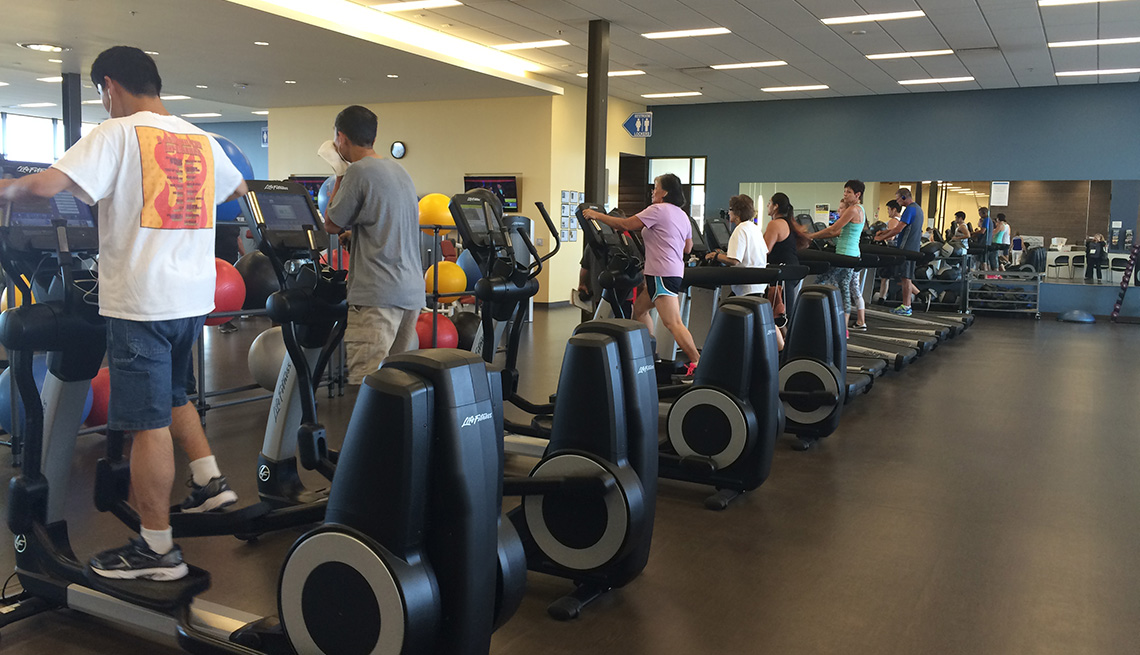 The Copper Sky Multigenerational Center is a busy gathering place with activities for babies up to senior citizens.

Construction is a frequent topic. "If there's any type of construction on a site, people want to know what's going on," explains Denyse Airheart, Maricopa's director of economic development. "Having the correct information will help bring businesses to the community."

Says Maricopa resident Ted Yocum, a platinum-level advocate: "I carry around information on our community center, city hall, the entertainment multiplex and I keep road maps in my car, so if anyone is looking at property or real estate ads, I can help them find the house — or take them there myself."

There haven't been any, says Mayor Price. In fact, the Maricopa Advocate Program is an addition to, and not a launching of, the local government's community engagement tool kit. 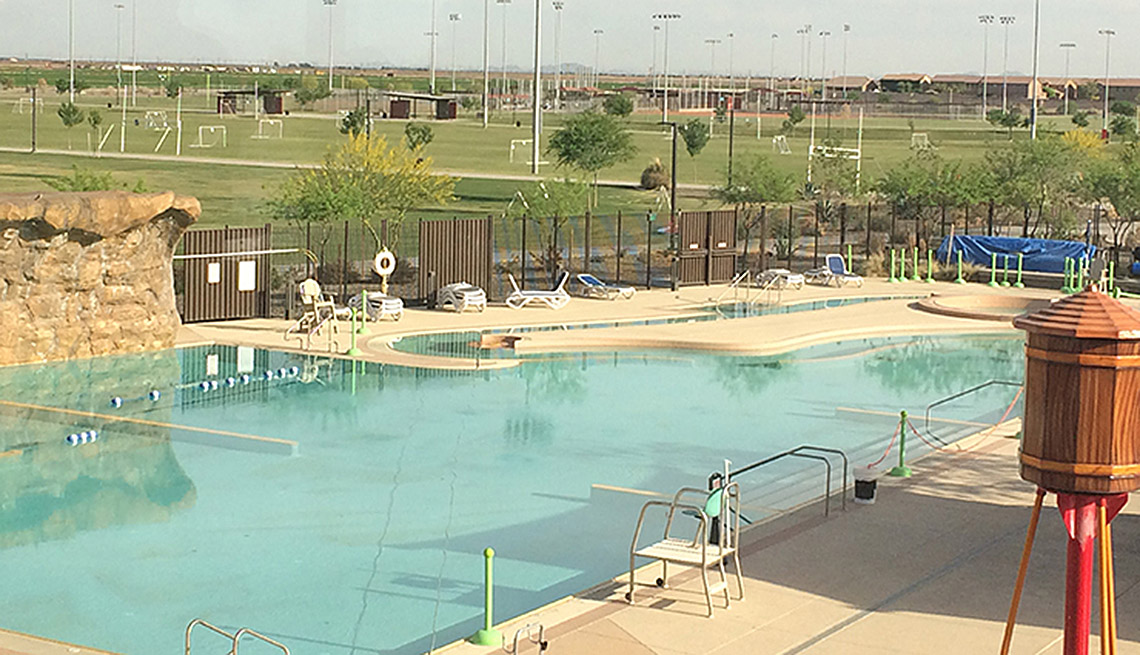 The aquatic park and lighted recreational fields at the Copper Sky Multigenerational Center.

The Maricopa Citizen Leadership Academy (MCLA), a six-week program designed to "help transform residents into the role of actively engaged citizens ... [who are] more involved in local government," has been in operation for more than a decade. The goal of the academy "is to educate citizens on the inner workings of their municipal government and create a two-way constructive dialogue" between MCLA graduates and the city's officials and staff.

Essentially nothing! The very minimal expenses (lapel pins for platinum MAP members, for example) are absorbed by the city's economic development department.

"No question we make a difference," says Ted Yocum, who describes having overheard a woman in a grocery store explain to a friend that her husband didn't want to move to Maricopa because of what he'd heard about the city's high crime rate, bad traffic, substandard schools and tough business permitting process. Yocum was able to counter each of the reasons with facts: 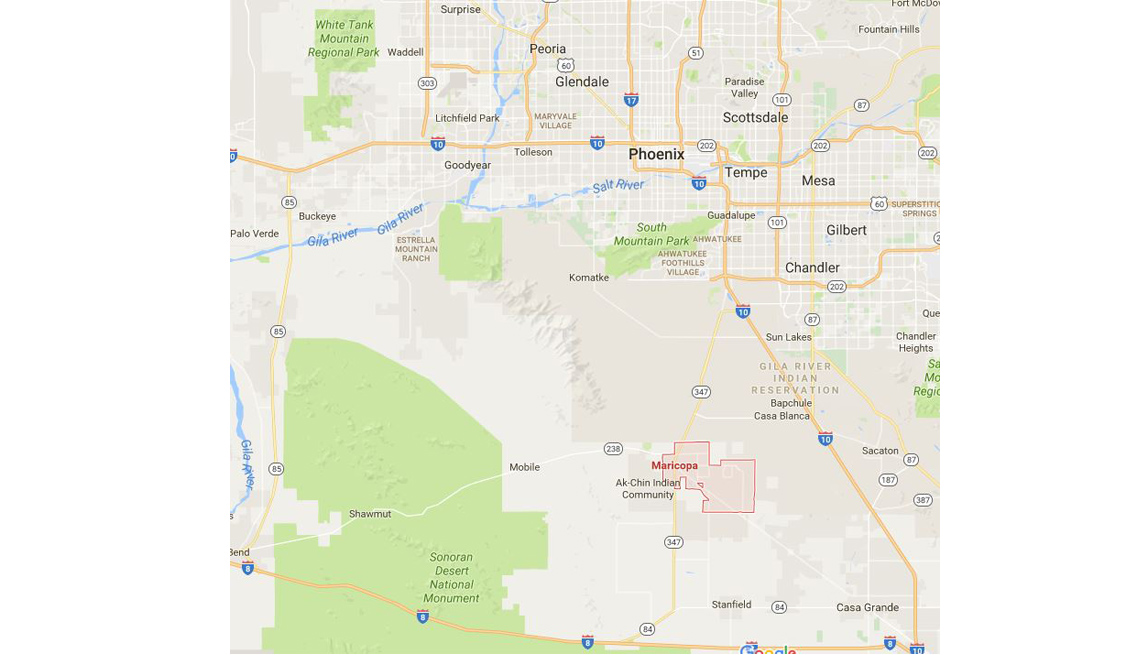 The city of Maricopa is located about 40 miles south of Phoenix.

"I talk to citizens, investors, prospective residents," says Yocum. "I go out of my way to start conversations. More people are coming into Maricopa and I think the MAP has something to do with it."

Yocum adds that his most rewarding experience is hearing someone he's spoken with explain the issues they had discussed to others. "That's when I know I've fulfilled my purpose."

"We have an army of people working for us instead of against us," says Mayor Price, proudly.

Carol Kaufmann is a writer and editor whose work has appeared in the AARP Bulletin, National Geographic, Reader's Digest and The New York Times. She is also the author of 97 Ways to Make a Cat Like You and the best-selling books Safari, Ocean and Polar, all produced by Workman Publishing.