"Many people age 50 and older are looking to be part of a social network rather than living in an isolated environment with only people their age. Missing Middle tends to be in communities that are age diverse." — Architect Daniel Parolek 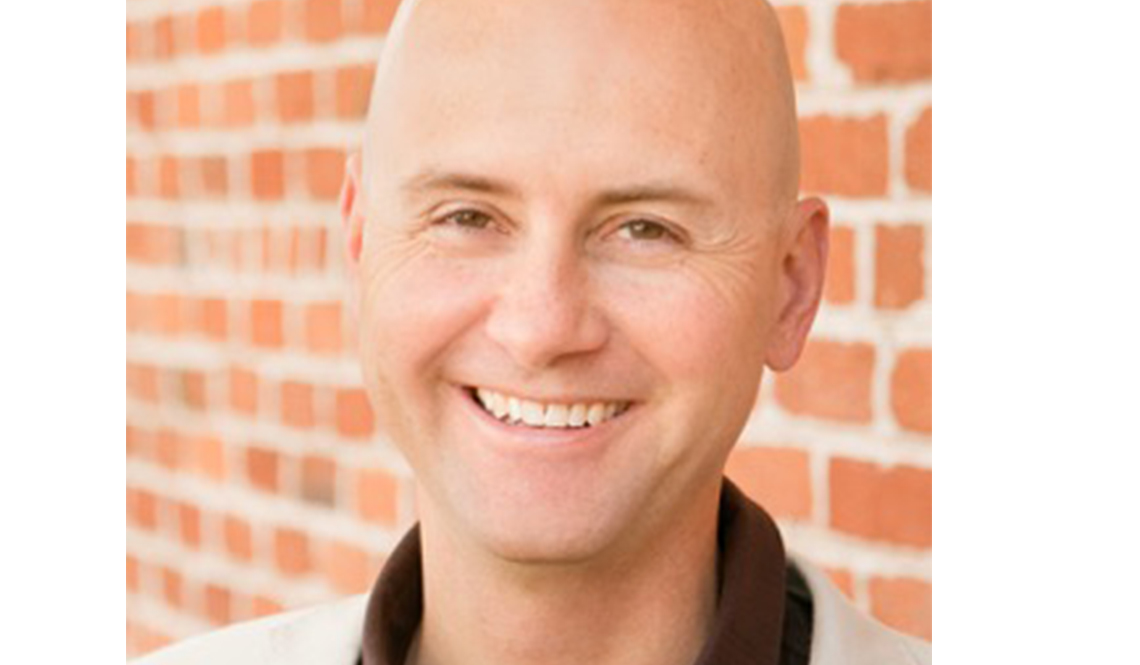 Daniel Parolek has designed projects of all sizes. In New York, he worked with esteemed architect Robert A.M. Stern on homes for former Disney CEO Michael Eisner and rock star Jon Bon Jovi. He was part of the design team for the renovation of Anaheim's baseball stadium, and he helped create a sprawling entertainment complex at Tokyo Disney.

But the Berkeley, California, architect prefers and is best known for small-scale, multi-unit or clustered housing in livable, walkable, urban communities. Parolek has even coined a term to describe his compact concept: Missing Middle Housing.

Parolek and his wife, Karen, also a principal in their architectural and urban design firm Opticos Design, live in a 1930s Spanish Revival bungalow on a tiny lot located in a close-knit neighborhood a couple of blocks from a bagel shop, bakery, grocery store and public transportation. They bike everywhere, including to work.

Next door to their home, in a duplex, a couple with one child lives in one side of the house and the father's parents reside in the other. "They are missing middle in action!" says Parolek. He thinks nearly 20 percent of his neighborhood may, in fact, be missing middle rentals or owner-occupied, but you'd never know, he points out, because the houses are of the size and scale of a typical single family house except many contain multiple units. 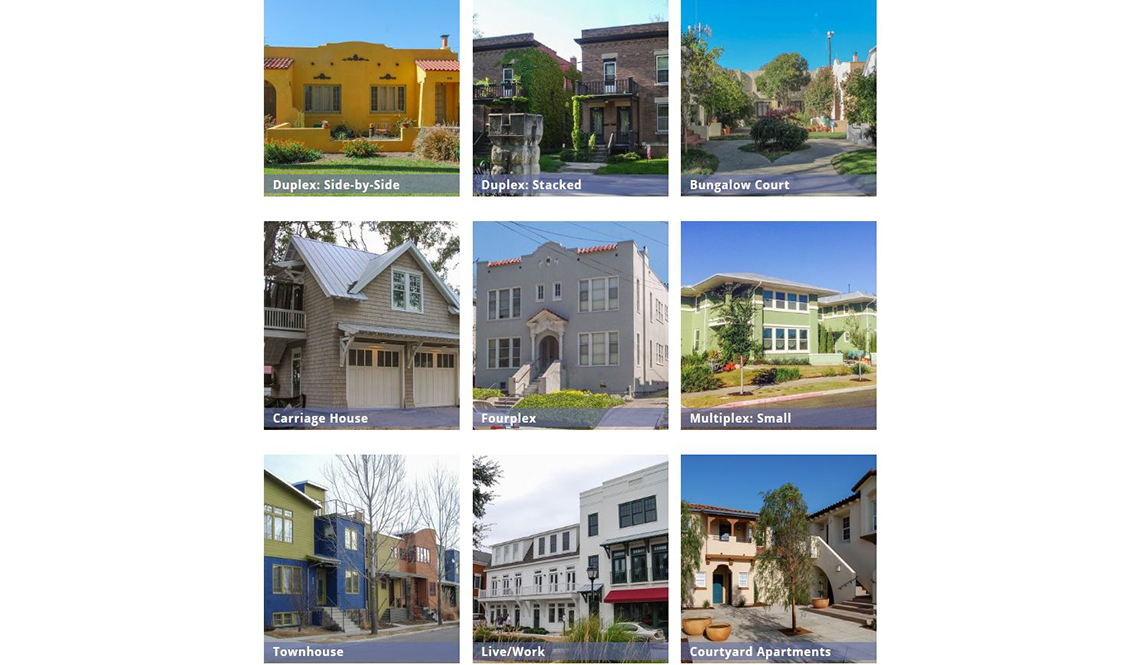 1. Why the term "Missing Middle"? Why "middle"? And why is the housing "missing"? Where did it go?

Most people consider single-family homes as small-scale housing and apartment buildings as large scale. I'm saying that what's in between those two extremes is "missing." It's missing because we haven't built a lot of them in the last 60 to 70 years, partly because of zoning barriers.

Pre-1940s architecture still exists, but since then, hundreds of millions of new homes have been built and only a tiny fraction are missing middle. Most are in cities, often on essentially vacant lots, but they're also in new communities on the edge of towns or they're part of a suburban town center or neighborhood center.

"20th century zoning laws made it illegal to have the traditional mix of uses found in older cities, where offices and apartments exist above retail stores and corner shops are in residential neighborhoods. These types of businesses are basic prerequisites for walkability — i.e., mixing different uses within walking distance so people can live, shop, work, go to school and play without having to drive."

— from "5 Questions About Form-Based Code"

2. If the American Dream is for a single family, detached home, do you think consumers and community leaders will accept anything less?

There's a rapidly shifting idea of what the American Dream is. More and more people are deciding to live in non single-family houses in exchange for being in a walkable, urban community with services and amenities. They are willing to trade down to a smaller unit to have that lifestyle.

Currently, 30 percent, if not more, of all households are single person. This will only increase. Baby boomers want to downsize; some people are not getting married or they're divorcing or they've lost their partner or are choosing a single lifestyle. You can imagine the impact these factors will continue to have on housing.

"Missing Middle" is reframing the way we think about, and discuss, housing choices in our community. If I walk into a neighborhood and say, "We're going to build a 20-dwelling-per-acre building next to your house," you can imagine the negative response. This is about stepping back and asking, "What is a compatible scale? And what kind of housing can meet those needs and be thoughtfully integrated into the right locations in neighborhoods?"

3. Missing middle is intended to appeal to all generations, but what is the specific draw for the age 50-plus demographic — and don't some of these homes have lots of (too many) steps?

Many people age 50 and older are looking to be part of a social network rather than living in an isolated environment with only people their age. Missing middle tends to be in communities that are age diverse. Many of us are living away from family. Older adults as neighbors can provide support and become surrogate grandparents.

We often say that what the young want, the baby boomer generation needs — less reliance on their cars and a desire to be part of a strong community. Walkability is key!

Yes, missing middle housing can have lots of steps. For some, walking up and down stairs keeps them fit and healthy. But there must be alternatives since a huge part of the population is getting older. It's just smart to provide more choice.

We often say that what the young want, the baby boomer generation needs — less reliance on their cars and a desire to be part of a strong community. Walkability is key!

Yes, missing middle housing can have lots of steps. For some, walking up and down stairs keeps them fit and healthy. But there must be alternatives since a huge part of the population is getting older. It's just smart to provide more choice.

This two-unit home in the Bishop Arts neighborhood of Dallas, Texas, is an example of 'Missing Middle Housing."

4. Many areas already have townhouse developments that are as sprawling and isolated as single-family suburban subdivisions. What needs to accompany this type of development so it works — and what are the advantages of this type of housing for consumers, developers, municipalities and the environment?

If you were to build a bunch of missing middle housing out in the middle of a cornfield as part of a new community but not provide amenities, there would be no reason for people to choose it.

Missing middle housing should be part of a compact, walkable neighborhood that has commercial amenities such as restaurants and small businesses. There are huge environmental benefits for this kind of housing, too. We're using less land and reducing greenhouse gas emissions — and we're getting people out of their cars.

A large demand, lack of supply and very few people specializing in this type of design is a good equation for a developer. The smart ones realize the growing market and are changing what they do to include missing middle housing. From an economic development standpoint, cities are looking for ways to be competitive, retain talent and attract high quality businesses. Millennials, baby boomers and lots of people in between are looking for a walkable, urban lifestyle.

5. What do you see in terms of the adoption of missing middle housing in the next three to five years?

More and more cities are realizing that their zoning is broken and asking it to be fixed to incentivize this type of housing. I think we are going to be seeing a lot more of it. Many communities are really struggling with housing that is affordable and are looking for ways to provide more choices. Builders are thinking about how they can meet this shifting demand.

Cities that don't respond to missing middle housing will suffer economically, and developers will be in a tough spot in five to 10 years if they don't. Research shows that 90 percent of the housing built between now and 2040 will need to be missing middle housing or what we call "Upper Missing Middle," which are slightly larger housing types, to meet the demand for non-single family housing. That's pretty shocking! The timing is right. The market is waiting. The question is, will individuals and communities respond?