Membership is for the best stages in life. See everything AARP has to offer.

A nurse assists an elderly female patient to walk outdoors.

Excerpted from Disrupt Aging: A Bold New Path to Living Your Best Life at Every Age by Jo Ann Jenkins, published by PublicAffairs, a member of the Perseus Books Group (2016). 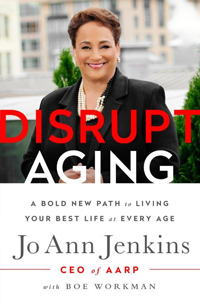 I can’t think of anyone who has done more to disrupt the traditional, institutional model of nursing homes than Dr. Bill Thomas.

When Bill attended Harvard Medical School in the mid-1980s, the specialty that interested him the least was geriatrics. Surgery had a swashbuckling appeal, medicine carried an intellectual panache and emergency medicine seemed to combine the best of both worlds. After finishing a residency in family medicine, he took a job as an ER physician in a small hospital in rural New York and felt like he had found the perfect fit.

Dr. Thomas was just a couple of years into his medical career when a local nursing home director called to ask whether he would consider taking over as the facility's physician and medical director. The answer was an easy and quick, "No."

Why leave the ER for something as mundane as a nursing home? The next day he logged a 24-hour shift in the ER, nearly all of it on his feet, came home bone tired, and, perfectly timed, the phone rang again. "Just wondering if you might reconsider?" This time, he answered, "Well, maybe …"

After a quick tour of the facility and with visions of an uninterrupted night's sleep dancing in his head, Dr. Thomas became a nursing home doctor. He quickly fell in love. He fell in love with the residents, their families, and the staff who cared for them all. These were good people, and they needed help. The facility was clean and well-managed, yet something was missing, something big.

He began to visit the home in the evenings and on his off days and would sit and watch and listen. His daily journal from that time tells the tale: "The clinical care here is good, very good, but people are suffering and dying from loneliness, helplessness and boredom." He decided to do something about that suffering and, together with his wife, Judith (Jude) Meyers Thomas, created a radical new approach to long-term care founded on the simplest of ideas: Life is better in a garden.

Soon the facility came alive with the vibrant energy of children, the songs of birds (actually hundreds of parakeets), cuddly cats and loyal dogs. The nursing home facility had become much less like a hospital and much more like a garden. It was 1992, and this new approach became the original "Eden Alternative."

The idea blossomed and spread across the United States and, then, to many countries around the world. In 1999, Bill and Jude — along with their five children aged nine years to four months — took off on a bus tour called Eden Across America. The goal was to radically change every nursing home in America for the better.

It was on that trip that Bill came to understand that many of the nursing homes he visited were themselves rapidly aging and that if something radical wasn’t done soon, the old buildings would be replaced by new facilities of similar design, and the entire cycle would repeat itself. Sadly, the nursing home model of that era was basically a modified hospital, without any thought given to incorporating the comforts and amenities of home. Pulling out a clean sheet of paper, Dr. Thomas sketched an entirely new vision, one that eliminated the old model entirely. 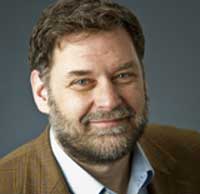 Now known as the Green House model of care, this innovative approach to long-term care is radically changing the care provided to older adults, including those with significant needs, all of whom can now live and thrive in a place that looks, feels and operates very much like a home.

The idea behind the Green House model is to make residents feel like they're living in a regular home instead of a hospital. At the Presbyterian Villages of Michigan Green House, for example, each house has an energy-efficient design, 10 private rooms with private baths, a community living room with a fireplace, a kitchen, and a dining room. The houses are run by trained caregivers. Doctors, physical therapists, and other specialists come as needed. All of this leads to a better quality of life for the residents and more peace of mind for their families.

Green Houses strike a creative balance between group living (with a trained support staff) and the privacy of ordinary home life. Residents are free to set their own schedules, unlike in a standard nursing home, where most facilities are shared and daily schedules are rigid.

Allowing residents to have autonomy has had positive results: studies show that residents are happier and stay healthier longer than those in traditional nursing homes. And employees, who are now empowered to lead and think creatively, find their work more rewarding — lowering the turnover rate.

Today, Green Houses are cropping up across the country. There are more than 170 Green Houses operating in nearly 30 states, with more being developed each year.

How To Buy The Book

Disrupt Aging: A Bold New Path to Living Your Best Life at Any Age

A livable community is livable for people of all ages.