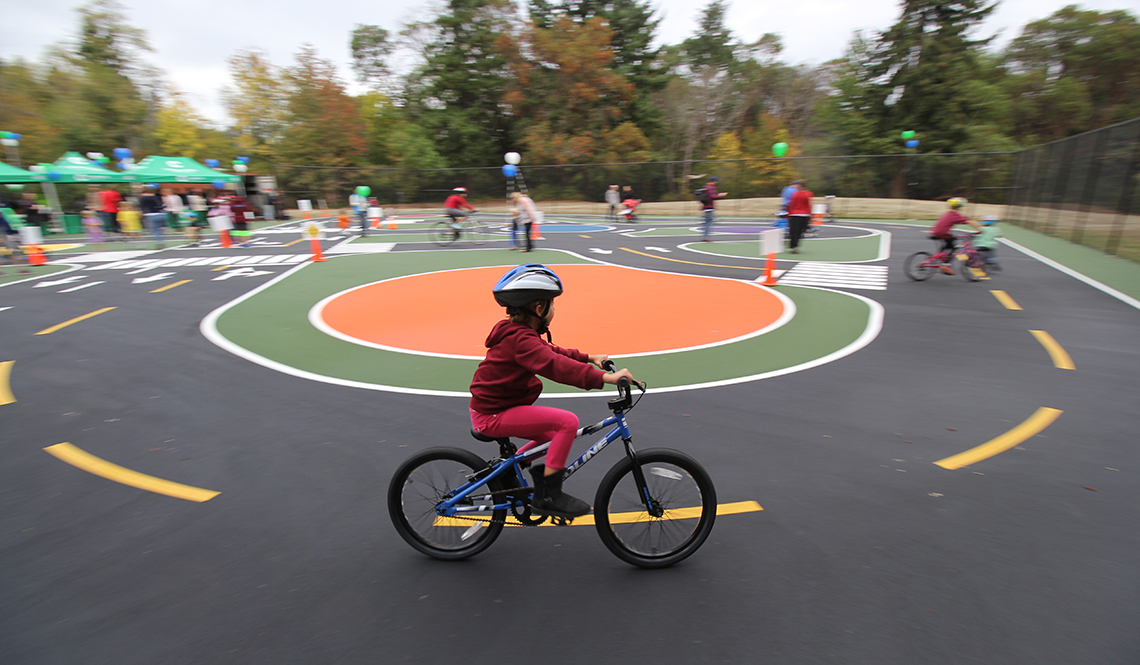 Cyclists of all ages and abilities can benefit from learning how to share streets with cars and pedestrians.

The second of its kind in Washington State, the playground is a space where cyclists of all ages can learn the rules of the real roads and hone their skills in a safe, comfortable setting.

Like LEGO and Danish pastry, the concept of a bike playground is an import from Denmark, which has several bicycle playgrounds — sometimes called traffic gardens — including the Children's Traffic Playground in Copenhagen, where the streetscape includes child-only traffic lanes.

After seeing the Danish model, Seattle-based landscape architect Steve Durrant of Alta Planning + Design discussed the idea with the Cascade club. He offer to design the playground.

Elizabeth Kiker, then executive director of Cascade, was familiar with the concept after being involved in building a bike playground, called a "learning loop," in Arlington, Virginia.