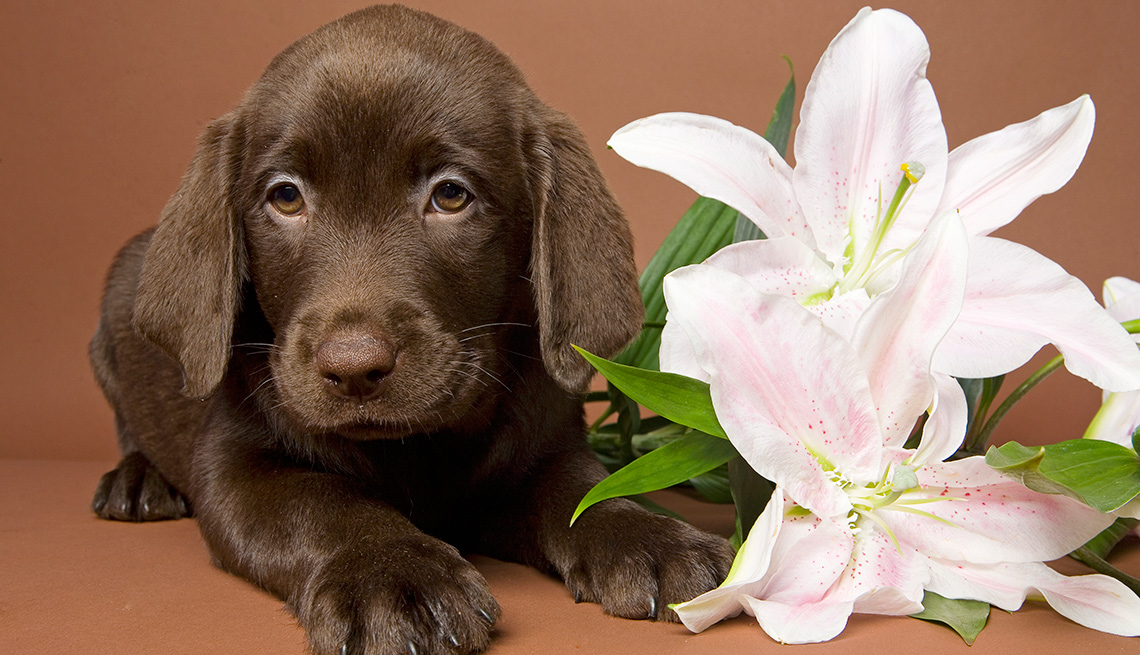 Among other hidden dangers, the ASPCA cites a long list of highly toxic springtime flowers, such as lilies, rhododendron and azaleas.

Spring inspires us to throw open the windows, get out the cleaning products and plant new bulbs in the garden. But those very acts of the season can also spell hidden danger for household pets.

“Two of the main concerns for pets in the spring are toxic plants [or gardening products] and open windows without a secured screen,” said veterinarian Tina Wismer, medical director of the American Society for the Prevention of Cruelty to Animals’ (ASPCA) Poison Control Center, based in Urbana, Ill. Cats, especially, are susceptible to jumping or falling from windows, which emphasizes the importance of installing sturdy, well-fitting window screens, Wismer added.

That doesn’t mean you have to hide your pet away all season. Here are spring's most common hidden hazards to your pet — and ways to avoid them.

Cordon off your springtime garden. The season’s tulips and plants may be pretty on the outside, but deadly on the inside. The ASPCA cites a long list of highly toxic springtime flowers, such as rhododendrons and azaleas. The dangers don’t end there. “We start to get calls [around spring] about pets nibbling on emerging plants, along with lawn and garden products, such as pesticides and herbicides,” Pet Poison Helpline's Brutlag tells AARP. Dangers also arise from bags of fertilizer, which cats or dogs can easily tear open. But the biggest danger, Brutlag said, comes from the season’s plants and flowers brought indoors. Some of the worst offenders include Easter lilies, as well as similar lily varieties — such as stargazer, tiger and rubrum — typically found in flower bouquets. While dogs may only experience an upset stomach, cats are far more vulnerable. “Just a few bites of the flower, leaf or even the pollen can cause kidney failure,” said Brutlag, noting cats treated more than 18 hours after exposure face poor prognosis.

Of course, potential dangers to your pet don’t come and go with spring. The Pet Poison Helpline also sees large spikes in feline exposures around Valentine’s Day and Mother’s Day, due to accidental flower bouquet consumption, Brutlag said. Meanwhile, the ASPCA reports that Labrador retrievers trigger the most calls to its poison control center year-round by ingesting dangerous substances such as chewing gum sweetened with xylitol. Pondering potential dangers to your pet can be scary. But by getting into springtime practice, you’ll be a pet safety pro come summer — and all year round.