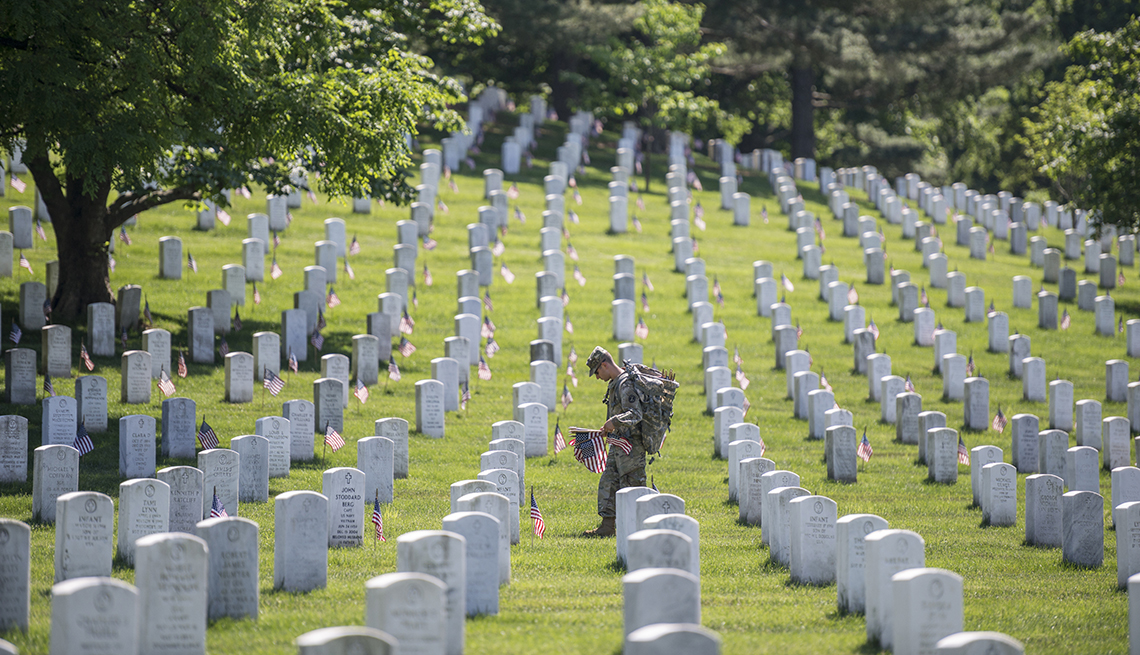 En español | The Department of Justice will use eminent domain to annex land and roads next to Arlington National Cemetery to expand the military memorial park by 49 acres.

The department filed a civil suit Monday in federal court in Alexandria, Virginia, to take the land that Arlington County owns around the U.S. Air Force Memorial. The federal government will realign roads, build a bike path, widen sidewalks, move overhead power lines underground, install lighting and plant trees in exchange for the land, which is expected to allow for about 60,000 more burial sites.

Last September, the Army and Arlington cemetery officials proposed a change in burial requirements to extend the grounds’ life span 150 more years. The proposal would make U.S. service members who did not serve in combat after World War II ineligible for interment.

"The DOJ announcement does not affect the eligibility requirements. The proposed change to eligibility is undergoing executive branch review at this time,” said Barbara M. Lewandrowski, public affairs officer at Arlington National Cemetery. In September, Arlington officials had expected any changes in burial criteria to take nine months to put in place.

Congress already authorized the Army to acquire land for the Arlington National Cemetery Southern Expansion Project. The Constitution allows Congress to take real estate for a public use. In return, the government pays for the property.

"The Department of the Army and others worked to realign roads and real estate to ensure a much needed expansion of Arlington National Cemetery so that this space can continue being a hallowed resting ground for our nation's service members,” said G. Zachary Terwilliger, U.S. attorney for the Eastern District of Virginia.

The total projected cost is estimated at $420 million. Congress already has appropriated $280 million.

Arlington National Cemetery's 639 acres is the final resting place for about 400,000 service members and their families. However, the former plantation of Confederate Gen. Robert E. Lee has been filling up since it was turned into a burial ground 156 years ago during the Civil War.

Now fewer than 95,000 burial spaces remain. An average of 27 to 30 funeral services occur each weekday and six to eight on Saturdays, cemetery officials say.

Army officials are in the process of creating new rules for burial in Arlington National Cemetery. They won't affect veterans’ burial benefits or eligibility for the Department of Veterans Affairs 137 national cemeteries and 115 state cemeteries.

Those eligible for below-ground interment would include:

Those who would be placed above ground would include: