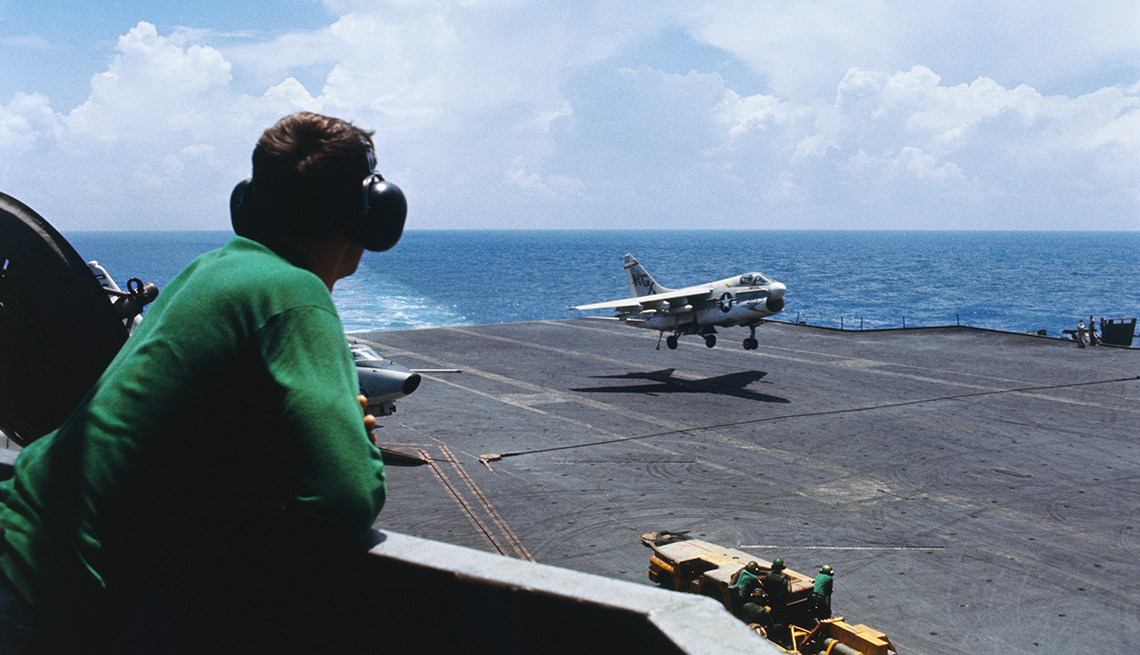 En español | The president signed the Blue Water Navy Vietnam Veterans Act into law, giving tens of thousands of veterans who were stationed on ships off the shore of Vietnam disability benefits for their exposure to Agent Orange.

In January, a federal appeals court ruled that in passing the Agent Orange Act of 1991, Congress intended to include Vietnam's territorial sea.

Alfred Procopio Jr., who served on the aircraft carrier USS Intrepid off the Vietnam coast, filed the appeal after being denied disability claims related to his diabetes and prostate cancer. The appeals court ruled that he was “entitled to a presumption of service connection."

In March, a group of 10 veterans organizations wrote to President Trump asking him to direct the Justice Department not to appeal the decision. Weeks later, Veterans Affairs (VA) Secretary Robert Wilkie told the Senate Armed Services Committee that he would recommend the Department of Justice not fight the court's decision. The bill was then unanimously approved by the House and Senate.

The VA is considering adding other diseases, including bladder cancer, hypothyroidism, hypertension and Parkinson's-like symptoms.

"I want to say thank you to the veteran service organizations and the countless veterans across the country who have been with us throughout this fight. Thank you for never losing hope that this country would deliver on the promise it made to our veterans,” said Rep. Mark Takano (D-Calif.), chair of the House Committee on Veterans’ Affairs in a statement after the Senate passed the bill.