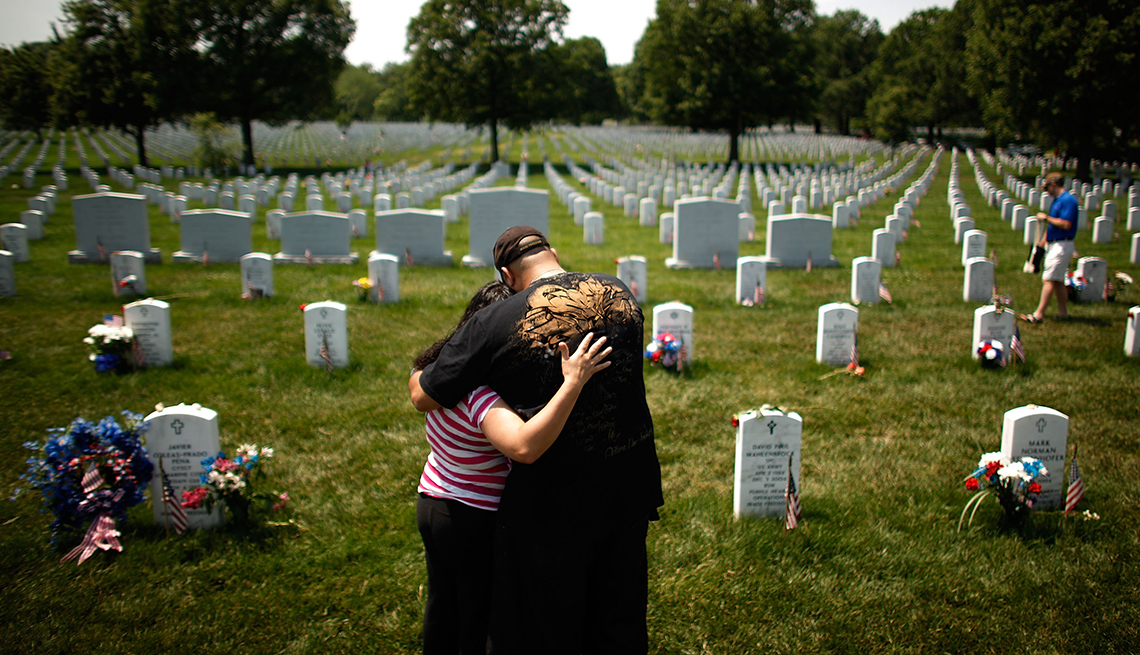 For many Americans, Memorial Day means the unofficial start of summer. It may mean a long weekend getaway or finding bargains at supersales. But for those who have served in the military, and particularly for Gold Star families (the immediate family members of someone who died while serving in the armed forces), the day is far from a happy celebration.

Steen, a Gold Star widow, suggests that Americans get out of the habit of wishing people a happy Memorial Day and instead say, “We will do our best to remember."

"To a Gold Star family member, every day is Memorial Day. The void left after losing a loved one is never filled,” says John Raughter, an American Legion spokesman. “The pain of losing a parent, child, spouse or sibling never fully goes away. We can only support them and let them know that the sacrifices that they have made will never be forgotten by our grateful nation.”

"Even if the child didn't die in war… I'll say something like, ‘Your son John volunteered to serve to protect and defend his country at a time where people are looking to do us great harm,’" she adds.

Steen advises steering clear of often-used phrases, including comparing someone's loss to another person's death or adding a religious tone. She suggests personalizing the condolences.

"What you can do for a family, which I did recently, is say, ‘I didn't know your son very well, but the times that I spent with him I always walked away feeling good.’ With this parent you would have thought I said, ‘Hey, you just won the lottery!’ It meant a lot to them because it's personal,” says Steen, who wrote, We Regret to Inform You: A Survival Guide for Gold Star Parents and Those Who Support Them.

Additionally, Steen says that simply raising your American flag or wearing a patriotic T-shirt (that doesn't say “Happy Memorial Day") is a great way to get the message across.

"As a Gold Star widow, it means a lot when you're out some place and you see someone on Memorial Day that has a shirt that represents the holiday,” Steen says. “It does mean a lot — it means that somebody cares.”