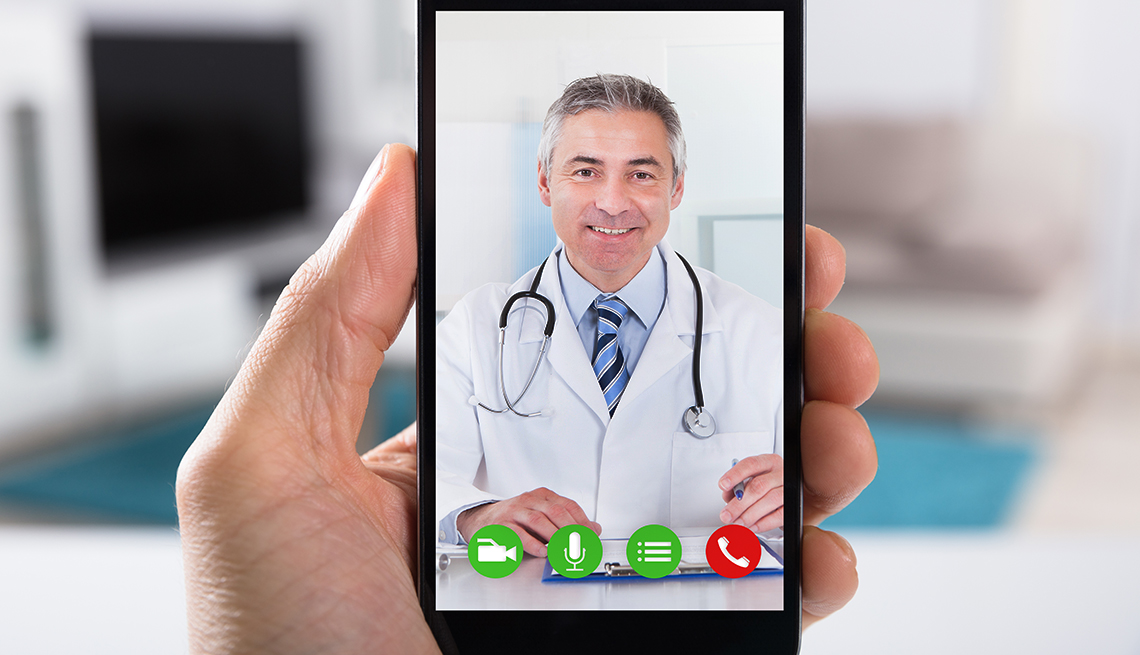 VA Video Connect can be used by any veteran who has video-capable technology — such as a smartphone, tablet or computer.

For many veterans, communicating with a doctor in real time will now be as convenient as putting a new app on their smartphone, tablet or personal computer.

VA Video Connect, which the U.S. Department of Veterans Affairs (VA) began piloting in 2017, is now being rolled out to veterans across the country. The service enables veterans to interact with their physicians using a secure video connection to address nearly any issue that does not require an in-person visit.

The app can be used by any veteran who has video-capable technology — such as a smartphone, tablet or computer — a reliable internet connection, and access to a VA provider who uses the service. The VA began rolling out Video Connect in July 2017; as of April 20, 4,500 VA providers had used it to communicate with more than 22,500 veterans. The VA hopes that increased use of Video Connect will help relieve some of the agency’s wait time and access issues.

The new service has already demonstrated its capabilities. When VA Video Connect was being piloted last year, its introduction coincided with the devastation left behind by hurricanes Harvey and Irma. Video Connect enabled VA physicians to remotely get veterans the care they needed, underscoring its potential to reach patients unable to physically travel because of their disability or distance from their doctor.

The service is also valuable to veterans who have mental health issues. It can put patients in virtual touch with psychiatrists and counselors, bypassing the often long waits for appointments. “Having that availability is important, whether in person or through telemedicine,” says Garry Augustine, executive director of DAV (Disabled American Veterans), a nonprofit organization that provides services for and lobbies on behalf of more than a million wounded veterans. “It’s a good option for times when a vet needs to be able to talk to a professional quickly,” Augustine says.

Telemedicine is not a new service for the VA. According to a spokesperson, the department pioneered telemedicine nearly 60 years ago, using closed-circuit television to connect a mental health therapist with a group of veterans gathered in a remote location. By 2006, advancements in technology allowed the VA to enable physicians to use telemedicine to screen veterans in remote medical facilities for conditions such as diabetic eye disease.

VA Video Connect works on any device that has an internet connection, a web camera, a microphone and speakers. It is available in the Apple App Store for iPhones and iPads. On personal computers and Android or Windows mobile devices, VA Video Connect operates as a web-based app, and it does not require an app download. To determine whether a device is compatible with VA Video Connect, veterans can visit the VA Video Connect test site.