She dishes on her home setup, favorite gear, what listeners ask, and fads to ignore﻿

For more than 20 years, Kim Komando has been one of America’s most popular voices in personal technology.﻿

The 58-year-old can be heard giving advice on more than 500 U.S. radio stations, as well as on SiriusXM satellite radio. She is also a columnist for USA Today and has written dozens of consumer tech guides. We asked Komando to discuss her take on modern digital life and what tools are most useful.

﻿What technology can you not live without?

The Find My feature on my iPhone is fabulous. I can see where my son is at college, and he doesn’t mind me looking. I think back to when I was 20 years old — would I really have wanted my parents to do that? But children today grew up with it; it’s just, like — OK, yes.

Also, we have a golden retriever. Her name’s Abby, and she’s 3. If anything were to happen to Abby, I think my husband would become discombobulated. She wears an Apple AirTag tracker and a Fi brand collar with a GPS. So at any given moment, we know exactly where she is.

What other current technology excites you?

Wearables. That’s phenomenal technology, especially for people to monitor any type of health issue. Wearables allow you to really know what’s going on with your body. A lot of people don’t realize this, but they keep track of not only your steps but your walking asymmetry, too.

That can tell you about your likelihood to fall. You can learn your step length and everything like that, plus monitor your heart, your blood pressure.

Also, my iRobot vacuum is the coolest thing. Oh my God, I love it. I say, “Alexa, tell the Roomba to vacuum the kitchen.” And she says, “Would you like the Roomba to wash the floor afterward?” And I go, “Yes, as a matter of fact, I would.”

I had a woman who lost her cat call the show. She had put on Facebook, “Here’s my phone number. Call me if you find my cat.” Then she’s wondering why all these people are calling her [for other things]. I try to not give out my phone number if I don’t have to.

On air. You can hear the three-hour, call-in Kim Komando Show every week on more than 500 stations across the country. Or listen to her one-minute Daily Tech Update on many of the same stations. Search for your local station and times.

Online. Or tune in anytime to listen to podcasts of her shows.

My setup is kind of ridiculous. In my new house, I was given the opportunity to start from scratch. I wasn’t limited by what was already there as far as infrastructure.﻿

So I have 30,000 feet of Cat 6 ethernet cable [the current top speed and quality] in the walls, in the ceilings﻿ — ﻿ everywhere you can't see it. I know that everybody says wireless is great. Yeah, it’s great until it doesn’t work. But I do also use Wi-Fi mesh networks.

The home theater in the new house has a 180-inch screen. And it has a Barco projector and Focal speakers. If I’m going to sit down and watch something, I want to be totally immersed in it.

Do you have other smart home devices that you love?

Well, of course, you can’t beat a smart video doorbell to see who’s there. I mean, that is just a necessity.

I also have smart sprinklers — so when it rains, they don’t water the lawn. I have all kinds of smart lights, including some that set themes for the house.

Now, the downside to smart devices is that they act up. I have a lot of patience with this because I’ve been around it for so long.﻿

Do you use a smart speaker?

I have an Amazon Echo device, so I’ll just say, “Play whatever music.” I have subscriptions to Spotify and Apple Music. I share playlists with my family members, which is kind of cool because then I have some new music and they have new music.

One thing that’s a lot of fun: My husband always says the same thing — “Alexa, what’s the weather today?” I changed it so Alexa answers, “What’s wrong with you? Look out the window. Can’t you see that it’s a beautiful day in Santa Barbara?”

What are some big concerns among your listeners?

I’m getting a lot of calls lately from people who are caregivers for their parents, and they ask: “Are there any tech solutions I can use with my parents, because they live 500 miles away and putting a camera in their bedroom is not an option?” Parents want to remain independent, and even at our age, we’re still the child in that relationship.

Tech can put your mind at ease — anything from panic buttons to send an alert if a fall has occurred, to pill containers that notify you when medications are not taken, to GPS sensors for shoes and some that look like jewelry. Also, set up smart speakers so your parents can call you — or 911 — by using only their voice.

Do questions about tech sometimes bleed into other areas of life?

I get questions about Facebook, such as: “There’s this obnoxious person — and if I say something’s black, then they say in a comment that it’s white.” Social media drama is the worst.

The easiest way to deal with it is to block the person, so you no longer see their posts. You can also create two social media accounts: one for close friends and family, and one for those other people. But whatever you do, when you actually see the person, don’t try to explain your social media posts and their reactions. That’s usually a no-win situation.

What big technology trends do you think were mostly hype?

Oh, gosh, there have been so many. I think the whole thing of buying and selling internet domain names was hype. And now, of course, it’s cryptocurrency.

People also are buying NFTs [unique, original digital files called non-fungible tokens] and thinking they’re going to turn into millions of dollars. I mean, [Twitter cofounder] Jack Dorsey’s first tweet sold for $2.9 million as an NFT. The guy who bought it was thinking he was going to make $50 million. And when he went to sell it, the highest bid was $280.

I think the metaverse [the concept of an expansive virtual world that we can all enter and leave at will] is hype. I don’t want to put those virtual reality goggles on. I want to go outside. I want to see things. I want to touch somebody. I think that’s a big hype machine right now.﻿

Hype is also creating a perceived necessity to have the latest and greatest device. We all don’t need the new iPhone 13. You know, the iPhone 11 is great. But we do get sucked into bigger, better, smaller, greater, thinner, less expensive.

How do you stay on top of trends?

I find that talking to people is incredibly enlightening — especially when it’s a niece or nephew or my son and his friends, because you see what they’re doing.

I was talking to them about Snapchat. And they’re, like, “Nobody does Snapchat anymore. We’re all going to TikTok.”

Are there examples where you reject technology?

One of the things you might find interesting is how I track my day. I’ve tried every digital time-management tool known.

But I use a paper notebook, where I can write things by hand. I do use digital reminders, but there’s nothing like writing a note. If I want to remember something on a certain day, it’s right there on my calendar.

What sparked your interest in the tech world?

My mother worked for Bell Labs, and I would go to the office with her. That was my introduction to working with terminals and computers and things like that. Because I was a kid, everybody was, like, “Oh, here, you can try this.”

I went to college and was going to study architecture. I wasn’t very good at it. My father was working for United Airlines, and he said to me: “Kim, I’m doing a whole bunch of new hires. Can you go to the Arizona State University library and do a report for me? Give me the top 10 degrees and how much money they make.”

So I emailed him my report. Then he called me up and asked, “Can you explain this to me?”

So I explained it to him. At the end of the conversation, I said, “By the way, I’m switching my major to computers” because it was number 1 on the list.

When I graduated from ASU, my dad said, “Just so you know, that was all b.s. — that report.”

He tricked you into finding a new career path?

Let’s talk about your radio show. How do you field listener questions?

On radio, it’s really hard to give step-by-step instructions. Imagine trying to help your parents navigate through their computer’s control panel, only you have 6.5 million people listening. That’s just not going to happen.

So I tell people, “If you can Google the steps and head to the manufacturer’s website, then you probably should.” But when you’re looking for trustworthy advice, that’s when I come into play.

How has your show evolved?

When I first pitched the show, the people at ABC told me that computers were just for geeks and freaks. A guy at CBS told me that the internet was a fad, like the Pet Rock. So when nobody would give me a chance, I started my own network and my own show.

In the beginning, it was kind of a fix-it show: “How do I get this to work? How do I get on America Online?” Back then it wasn’t just computers and printers. It was televisions and phones and tablets, routers and everything else along the line.

And then it transitioned to the broader notion that we all live a digital life. I don’t think there’s anything that affects us more than technology. 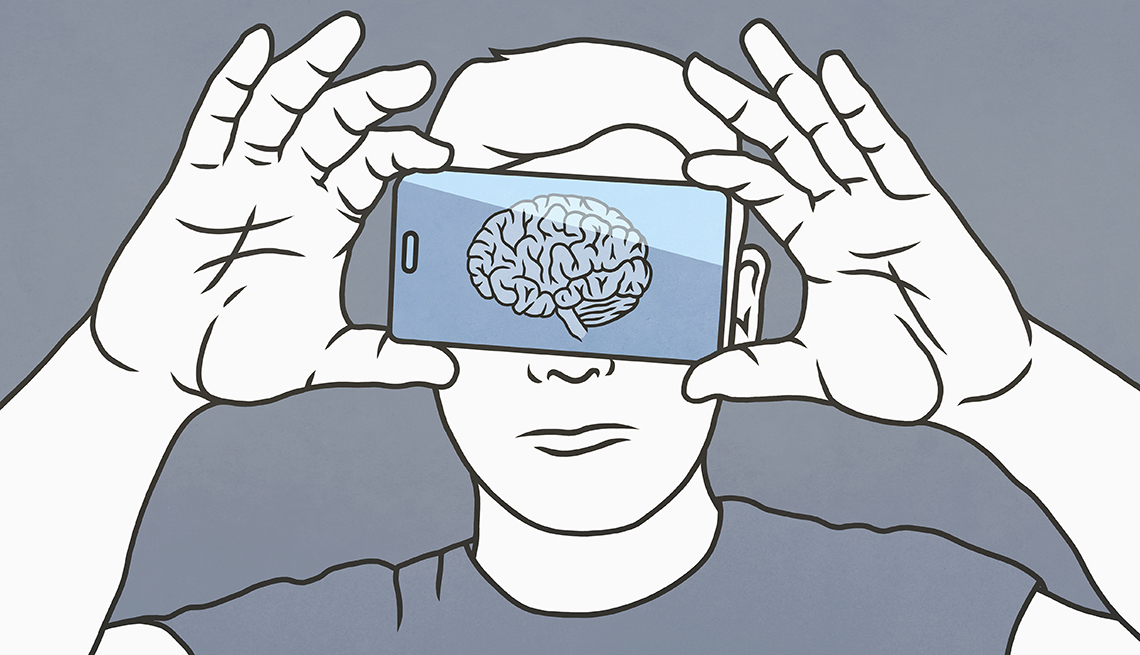 8 Ways Your Smartphone Is Rewiring Your Mind

Do you rely too much on technology instead of your brain? It didn’t start with the computer in your pocket 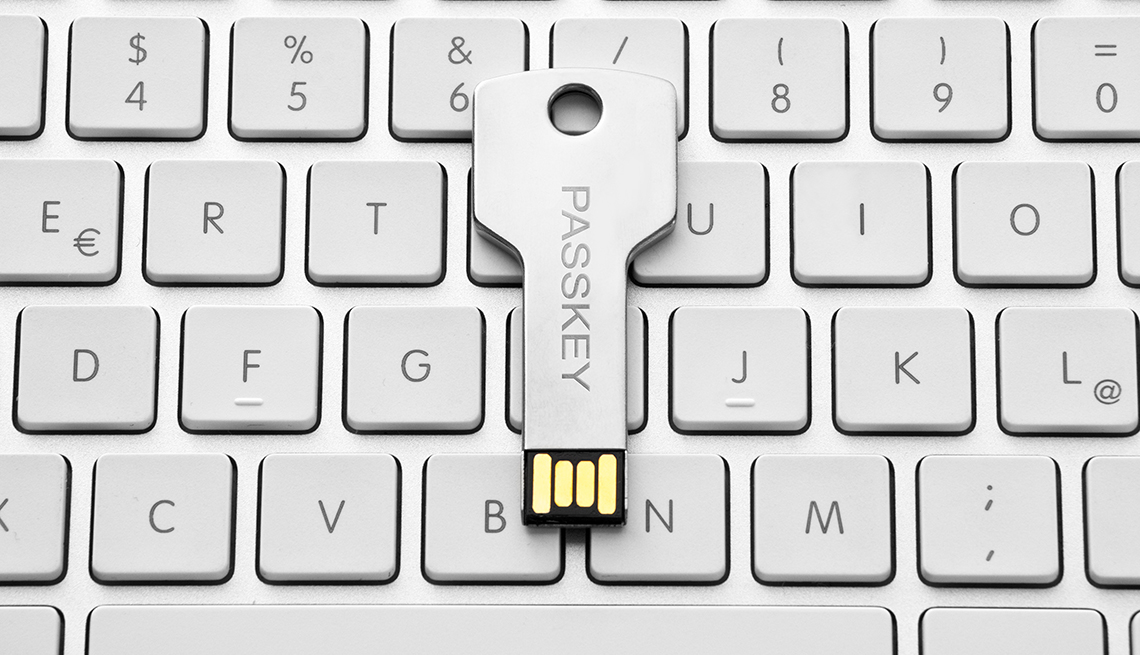 Passwords could soon become a thing of the past. Find out what passkeys are, and why the tech industry wants to make them the standard tool for logging in. 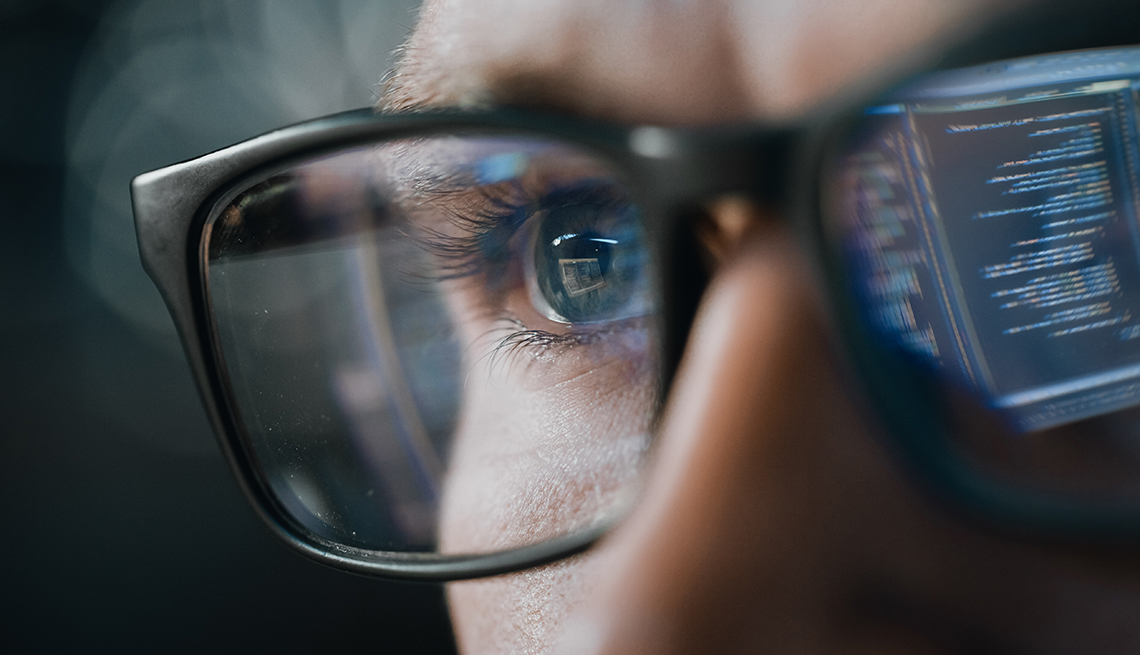 Learn the Many Ways to Change Your Display Settings

Staring too long at your computer monitor can strain your vision. Find out how you can adjust your screen settings to make it easier on your eyes.