What 5G Wireless and Gigabit Internet Mean for You

Faster speeds, yes, but the smart home and internet of things will be built on them 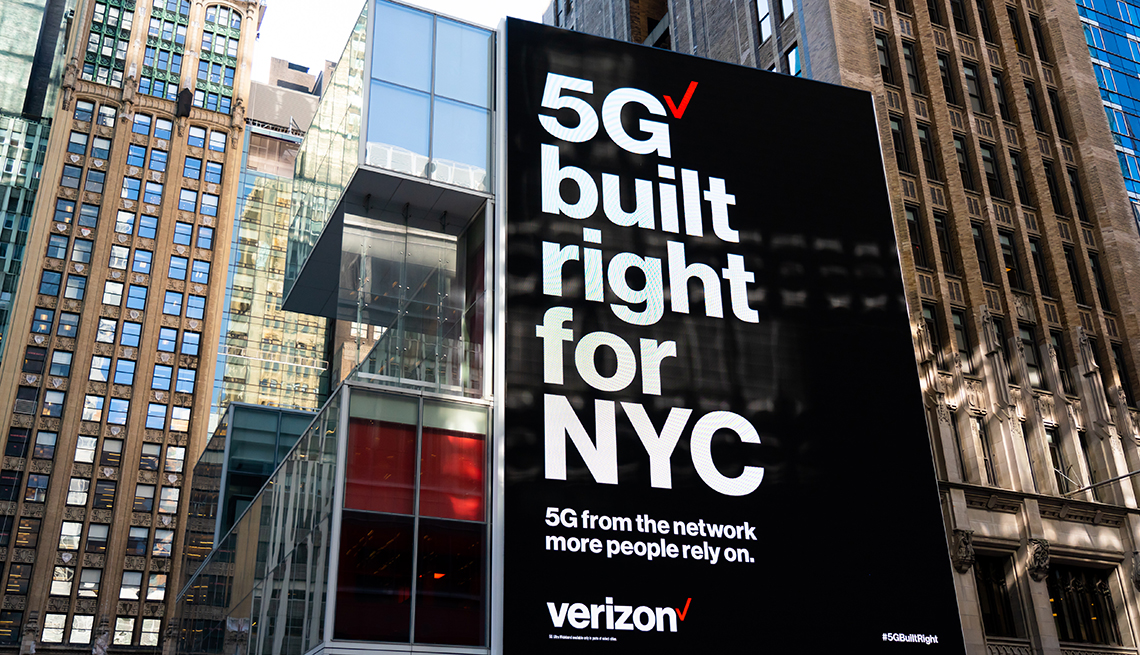 Who wouldn't want a zippier connection to the internet, whether stuck at home during the pandemic or having started to venture out again?

For tech-savvy folks, that speedy connection may come through 5G, the industry label applied to the souped-up next generation of wireless. AT&T, Verizon and T-Mobile/Sprint, as well as their counterparts overseas, have spent tens of billions of dollars and several years building out their respective 5G networks and have already begun deploying 5G around the world.

Consumers also may get superfast connections through gigabit internet solutions for home use, provided not through traditional copper wires but through fiber-optic lines.

5G is shorthand for fifth generation, and it promises cellphone speeds as much as 100 times faster than the norm today, 4G LTE. Gigabit internet (so named because data are transmitted at up to 1 gigabit or 1,000 megabits per second) also promises that kind of speed — about double that of the fastest cable internet. Where 5G is a wireless solution, gigabit internet requires an ethernet cable that runs to a modem, which connects your home to the internet, and then to a router, which allows all your devices to use the internet simultaneously and to talk to one another.

Both technologies allow you to download a full-length movie onto a device in seconds, rather than in many minutes. Or you can stream video, play a game or get on a video chat with no discernable latency or lag time.

The dreams for 5G wireless

While both technologies promise faster download and upload speeds than you've ever experienced, they are different animals.

• Gigabit-speed internet transmits its data as pulses of light through thin strands of glass bundled into fiber-optic cables, though approaches to and into the home vary. Cables have to be threaded through neighborhoods to each home, often on telephone poles, just like coaxial cable for cable-TV service was installed in the 1970s and 1980s. The 1-gigabit-per-second speeds can slow inside older houses that connect to the fiber-optic cable through copper wires.

• 5G cellular networks are more mobile, using radio waves to transmit data. High-frequency 5G can have the same speed for downloads as gig-speed fiber-optic service. Potential 5G drawbacks are a need for many cell towers because the high-band waves have a shorter range and those radio waves have problems passing through walls and windows to get inside a building.

5G isn't just about lightning-fast smartphones. The longer-term ideal will affect everything from self-driving cars to robots for remote surgery. That includes every internet-connected appliance or gadget that helps you age in place: from camera doorbells that let you monitor package deliveries to smart refrigerators that alert you when you're running low on milk to Wi-Fi-enabled thermostats that learn your schedule.

In some more rural areas, 5G may become a fixed wireless, in-home broadband alternative to gigabit internet. Fixed wireless service connects one location to the internet via a stationary antenna, so an internet provider doesn't need to run a more expensive fiber-optic line. But in many places, the 5G and gig internet technologies are more likely to be complementary than competitive.

Are these viable options for older adults? Yes, but with caveats. The hype around 5G has raced past reality. These are early days in the rollout, and several questions around coverage, devices and pricing remain.

The realities of 5G today

• Not all 5G is equal. Simply put, 5G comes in different flavors. For example, AT&T markets two variants, 5G and 5G+. But only the latter, now available in select markets, offers the carrier's top speeds.

Without getting too bogged down in geek speak, speed and capacity differences relate to the swath of radio spectrum that a mobile carrier has licensed. High-frequency bands, which you may see expressed as millimeter wave, carry gobs of data for short distances. The lower bands extend range but do so at a far slower pace, in some cases no faster than 4G.

While you can safely ignore the jargon, it is perfectly reasonable to ask your wireless company what kind of speeds and coverage you can expect now and in the near future where you live, work and travel.

• The service has holes. Even if a map shows coverage in your area, an entire city or region is not blanketed. Some reception changes from block to block or differs indoors and outside.

Reception may not extend to the suburbs, let alone to more rural locales. Fortunately, you will revert to 4G if 5G drops off.

• You likely will pay more. You may not see a higher bill immediately, because promotions can last a year or two. But parting with extra cash is in the cards for some.

Although Verizon's 5G wireless service is included in many of the company's premium plans, it adds $10 to a monthly bill for customers on lower-priced unlimited plans.

Also, you will have to buy a new 5G-ready phone, likely more expensive than 4G LTE models, since premium handsets are the first to embrace the latest technology. But 5G devices will soon “start coming down to more affordable price ranges,” says Pete Lancia, vice president of marketing at Qualcomm. 5G chips from the San Diego–based company go into many of the wireless devices.

For now, all the 5G phones are top-of-the-line Android devices from the likes of LG, Motorola, OnePlus and Samsung. But phones aren't the only 5G devices.

Verizon has just started selling the Lenovo Flex 5G, billed as the world's first 5G laptop. At nearly $1,400, it doesn't come cheap; plus you'll pay $30 monthly on top of an existing phone line or $90 without 5G service.

If you want to buy any device available now, make sure it will be able to use all the future variants of 5G.

• Apple's not a player — yet. Apple hasn't unveiled any 5G iPhones, but industry experts are betting that will change in September, when the company announces its new lineup.

"It uses the same frequency bands that have long been used for other things like 3G, 4G and broadcast television. Only the data is arranged differently,” Greengart explains.

• The lines may blur for consumers. With so many people staying at home during the pandemic, robust connectivity has never been more important. If you've become hooked on streaming video and Zoom chat sessions, that's likely to be your new normal when you are able to move around more freely.

If you upgrade to gigabit internet service, to reap the benefits, you probably will have to replace both your modem and your router. (Some internet providers offer both in one setup.) That's an added expense.

But if you live in an area with big yards and few people, you may find that 5G becomes your answer to high-speed home internet service.

5G service could bring “faster home broadband to suburban and rural areas that do not have good options today because stringing cable or burying fiber-optic cables is too expensive,” Greengart says. Look for ads touting such service next year. 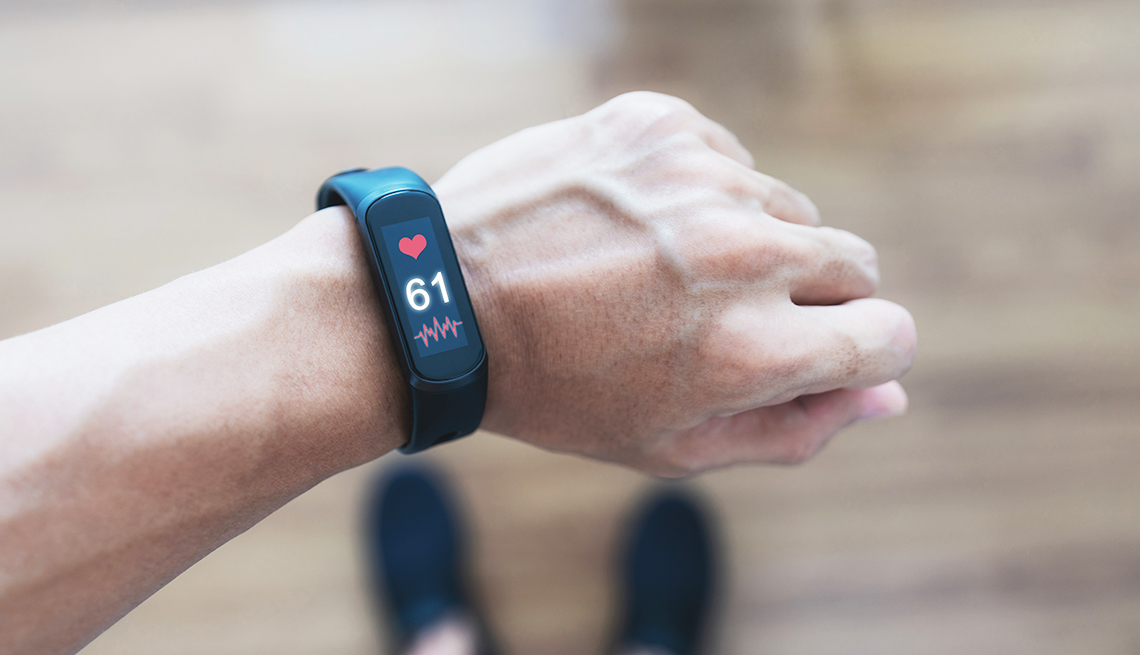 Could Your Fitness Tracker Detect COVID-19?

Could an App Really Stop the Next Pandemic?

Smartphones could warn you about exposure, but what are the privacy risks? 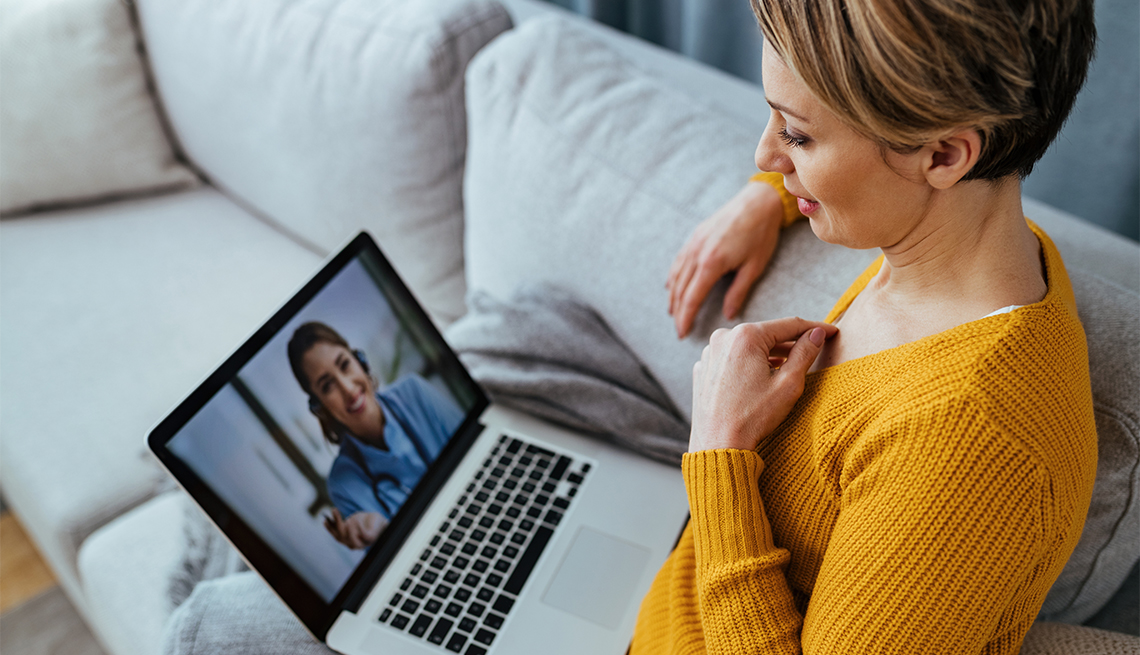 A Step-by-Step Guide to Using Telemedicine