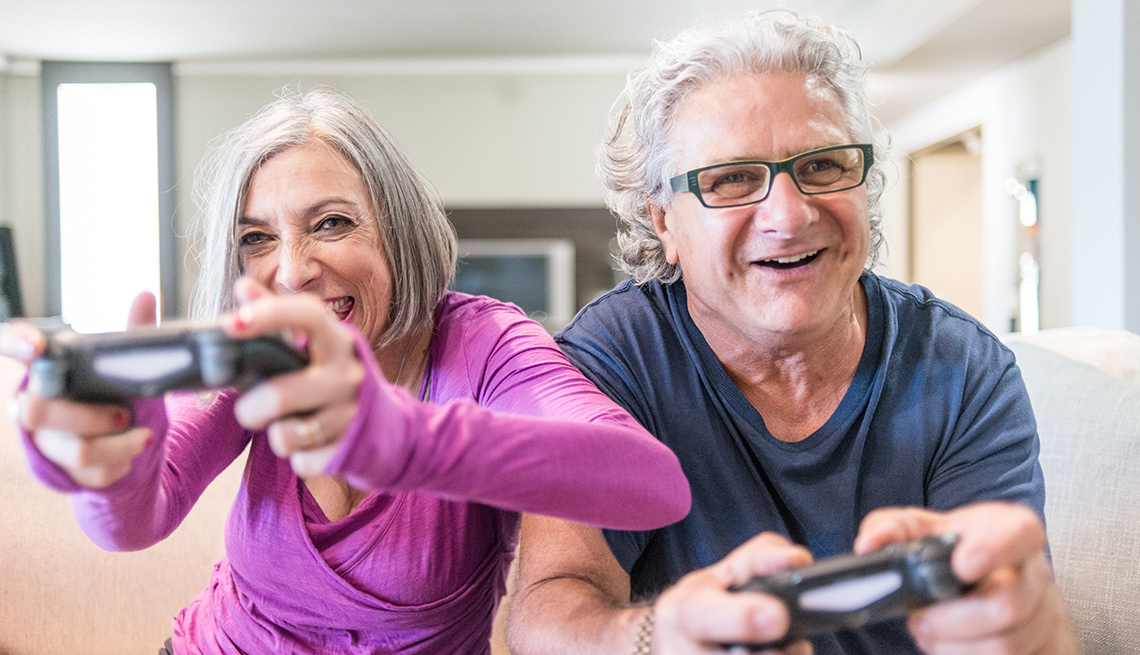 Growing older doesn't have to mean “game over,” at least according to a new survey from AARP that finds video games are booming among people age 50 and older. The research also found that video games are more popular among older women than older men.

For the report, AARP conducted an online survey in June of 3,737 people age 50 and older. The survey defined a video game as any interactive digital entertainment played via a computer, a game console (like the Xbox or PlayStation), or a phone or tablet.

Forty-seven percent of the respondents who said they play video games also said they played them daily, an increase of 7 percentage points since the 2016 survey. The average amount of time older adults spent playing a game was 5 hours per week, the research found.

The biggest spike in game play among older adults was among those age 50-59, the same generation that grew up playing Atari and Ms. Pac-Man decades ago. Game play for that group was 49 percent in the 2019 survey, up from 40 percent three years ago. For adults age 60-69, game play grew three percentage points, from 41 percent in 2016 to 44 percent in 2019. Among those age 70 and older, there was a two-percentage point increase in game play, from 37 percent to 39 percent.

Sharpen your skills with online trivia and puzzles from AARP Games

While they are playing for fun, these adults also are adding up to big business. The survey offers a snapshot of an audience that is likely to have a growing effect on the video game industry at large, using their spending power to shape which types of games are made and become successful. According to the report, gamers 50 and older spent an estimated $3.5 billion on gaming within the six-month timeframe from January to June 2019, up from $523 million in 2016.

The study also found a big difference in game play by gender. The survey found that 49 percent of women age 50 and older were gamers, while just 40 percent of men were. Women are playing video games more often, too, with 53 percent of them say they play video games every day, while just 39 percent on men said the same in the 2019 survey.

Most people age 50 and older who play video games do so on their phones or other mobile devices (73 percent, up from 57 percent in 2016). Puzzle and logic games were the most popular type of game (49 percent of respondents), followed closely by card and tile games — minus the gambling — with 47 percent.

%{postComment}%
Kenneth Terrell covers employment, age discrimination, work and jobs, careers, and Congress for AARP. He previously worked for the Education Writers Association and  U.S. News & World Report, where he reported on government and politics, business, education, science and technology, and lifestyle news.