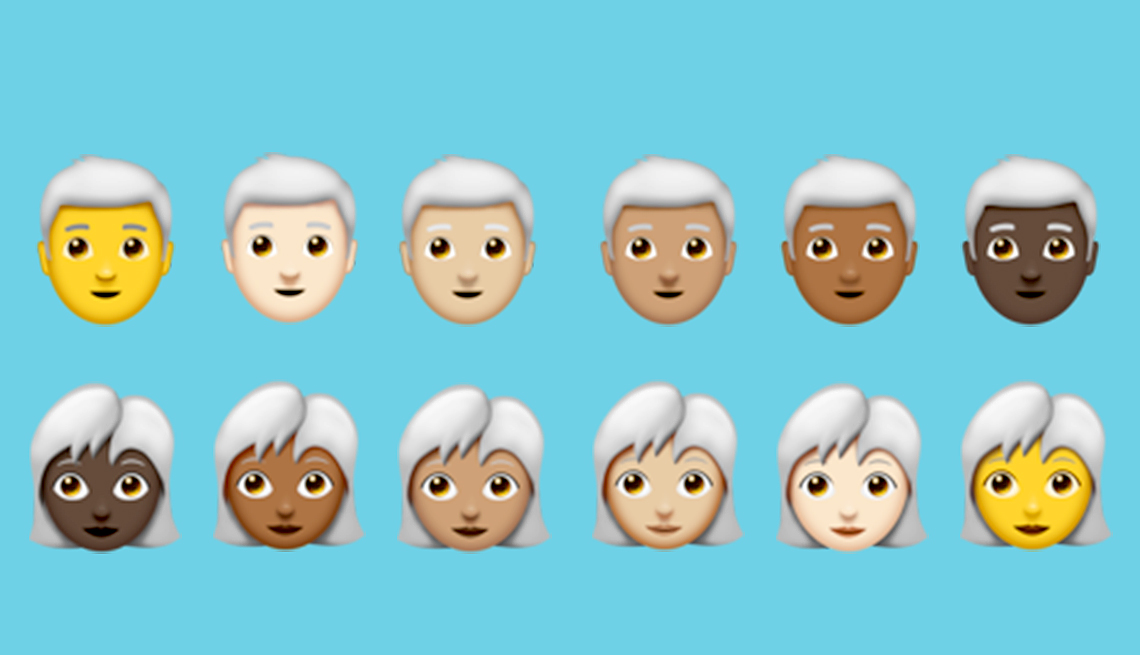 The latest round of newly approved emojis are set for release in the second half of 2018 and include new white- or grey-haired options.

Emojis will be allowed to go more gracefully grey when the latest round of digital communication symbols are released to the public later this year. Among the new emojis approved by the Unicode Consortium — the Silicon Valley alliance that promotes consistent text and symbols across global writing systems — are sets of white- or grey-haired emojis, in both genders and across multiple skin colors.

They aren’t the first grey-haired emojis, but they do represent an improvement. Currently, texters, emailers and instant messengers have only two options to send more mature-looking characters. There’s the “old man” emoji, an aging fellow adorned with glasses and sporting a bald head save for a somewhat sad ring of grey hair. Attach him to a message and you’ll convey a sense of doddering semicomprehension, but the old man emoji looks positively vigorous compared with his current “old lady” counterpart, who wears her reading glasses on the bridge of her nose and her gray hair up in an old-fashioned bun.

Unicode President Mark Davis said the 2018 emojis, which number more than 150, should be ready for use across devices in the second half of this year. In addition to the grey-haired emojis, among the more anticipated new inclusions are redhead emojis, natural hair emojis and superheroes. New emoji animal additions will include a kangaroo, a hippo, a raccoon and a peacock (no word on whether it’s of the emotional support variety). Sports and activities emojis coming soon are softball, lacrosse, sewing and knitting, among others. Foodies can anticipate sending off bagel and cupcake emojis, and fashionistas are all atwitter over the long-awaited women’s flat shoe emoji.