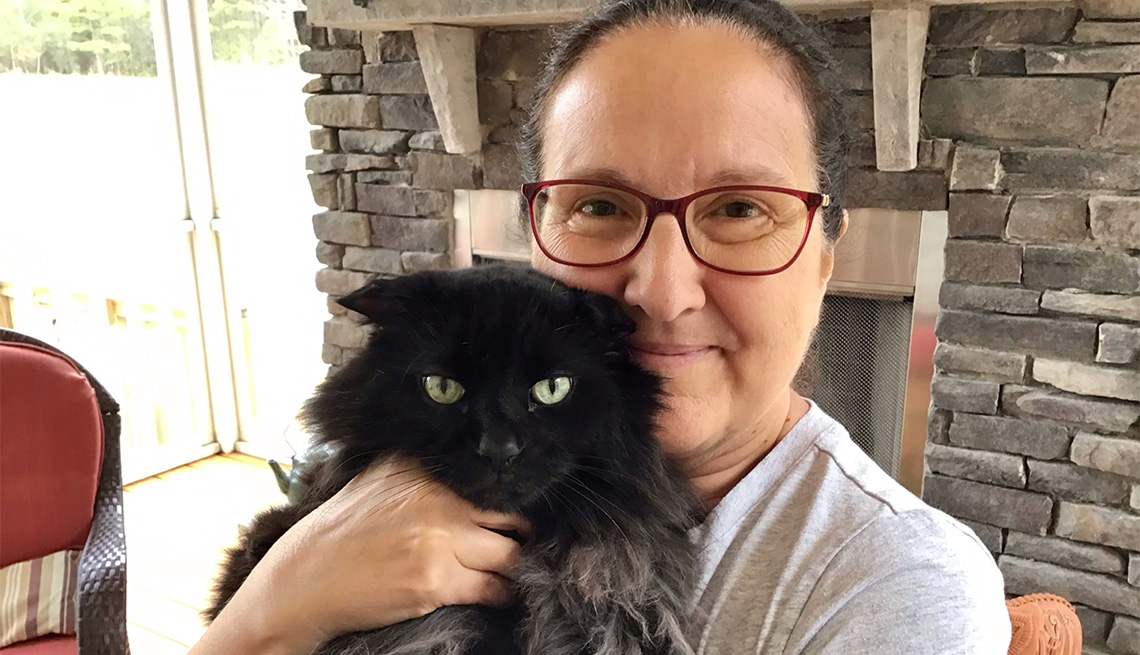 The chicken- and turkey-flavored meals are hard to find these days because of a widespread pet food shortage. Canned cat food — from well-known brands like Fancy Feast, Friskies and 9 Lives — is the most elusive. Several factors are responsible, including pandemic-related manufacturing delays, bad weather, and an uptick in pet ownership and pampering.

The situation is reminiscent of last year's toilet paper sales surge, and the recent shortage of Grape-Nuts that had some fans paying as much as $110 a box through an online black market.

Bishop says she often finds herself muttering under her breath as she searches the shelves for something her cats won't turn their noses up to.

"I'm clearly not the only one wondering what their kittens will eat,” says Bishop, 51, who lives in Penfield, New York. “I've shared smiles — under masks — with other shoppers talking to themselves in the cat food aisle."

Chris Anthony, manager at Country Harvest Family Market in Palmerton, Pennsylvania, says his supplier sent an email in February stating that pet food producers Nestlé Purina and J.M. Smucker Co. were experiencing COVID-19-related supply issues. Supplies — including aluminum packaging — were scarce and the companies no longer could meet demand, a situation expected to last at least until May.

"One delivery we'll get some Fancy Feast and various flavors, and the next delivery we don't get anything,” Anthony says. “Our customers are frustrated. They're tired of the whole thing."

The United Kingdom is also dealing with a national shortage, with one supplier now rationing merchandise to be sure as many pets as possible can be fed.

Lots of reasons for shortage

Natural pet food manufacturer Freshpet has reported manufacturing shutdowns due to severe winter storms. Other companies are running into problems with labor, machinery and packaging.

"There's so much that goes into making a product, and if there's a break in any part of that process, it causes a problem,” Anthony says. “Increased demand doesn't help, either."

PetSmart attributes its shortages of wet food, both in stores and online, to people adding pets to their families throughout the pandemic.

"We are committed to doing all we can to help pet parents feed and care for their pets, and are actively working with our manufacturing and shipping partners to ensure supply is increased to better meet the current demand,” says Erin Gray, PetSmart's senior manager of corporate communications.

The same diet is necessary for some

For Frosty, a rescue cat who has belonged to Barbara Hengstenberg and her husband, Bill, for seven years now, eating the same diet is important for his severe gastrointestinal issues.

Hengstenberg, 59, said she was nervous when she couldn't find Frosty's preferred 9 Lives Meaty Paté Super Supper canned food. Luckily, he weathered a couple of days with a substitute brand better than expected. Hengstenberg, of Bear Creek, North Carolina, now stocks up on his usual fare on the rare occasions she finds it. (He eats in his own room, built specifically for him with a tiled alcove for the litter box, wooden cabinets and counters, and cat-themed artwork.)

"We don't have children, so our pets have always been very, very special to us,” she says.

Not everyone is noticing the scarcity.

"I've seen it on the internet, but we've got cat food out the wazoo here,” says one clerk at Nashville Pet Products in Nashville, Tennessee.

But for those like David Saltz, 49, of Auburn, Massachusetts, searching for Fancy Feast's Classic Tender Beef Paté has been a tall order. He has two cats, and the older one, Tiger, is “very picky.” In the beginning of his search he scoured Google and every possible brick-and-mortar store — from pet stores to big-box and dollar stores — within 50 miles, all with no luck.

"I tried literally every other variety of soft canned cat food in the store — including a few cans of some way overpriced, niche, microbrew, small-batch, all-natural, wild-animal-approved, non-GMO, grass-fed (did I mention ridiculously overpriced?) canned food,” Saltz says. “Almost all were turned down. Only occasionally would she eat a bit of a particular flavor, and I would go buy more of that kind, but she was having none of it."

Saltz even posted a plea on Reddit. When someone in the thread noted that Chewy.com had the food back in stock, he immediately ordered a case. The next day, when he went back to the site to order more, it was sold out again.

Finally, a few weeks ago, Saltz found the favored Fancy Feast on Amazon. He ordered two cases and signed up for automatic deliveries every two weeks. He also set up an alert on Chewy.com.

"Tiger is happy again,” he says.

Robin L. Flanigan is a contributing writer who covers mental health, education and human-interest stories for several national publications. A former reporter for several daily newspapers, her work has also appeared in People, USA Today and Education Week. She is the author of the children's book M is for Mindful.