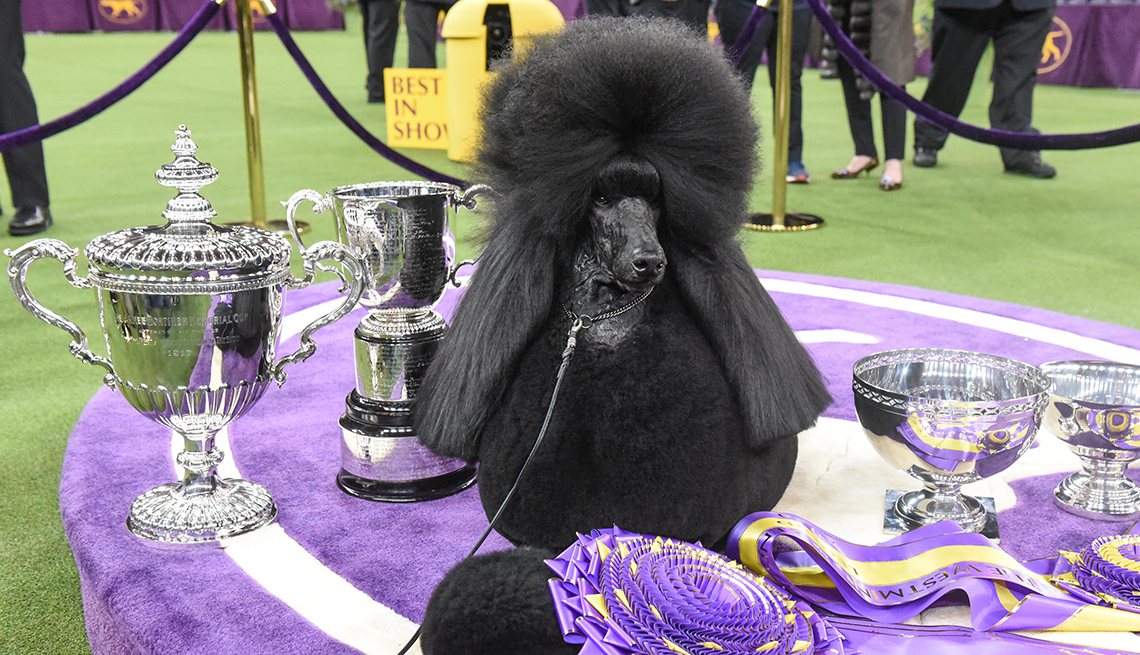 There’s nothing like retiring in your prime — and so goes the plan for Westminster’s newly crowned champion Siba, a 4-year-old standard poodle who will be taking her leave from the dog show circuit having earned top marks at the competition Tuesday.

Her victory — the first for the breed since 1991 — marks the 10th time a poodle has won the Westminster Kennel Club competition, now in its 144th year.

Siba’s poise isn’t the only distinguishing thing about her: The prim pup has discerning taste, too. As Siba’s handler Crystal Murray-Clas told NBC Philadelphia, the best-in-show winner sustains herself solely on chicken meat. That means no kibble, no turkey and certainly no vegetables.

To fuel up before her award-winning strut, she dined on grilled chicken sandwiches from a nearby McDonald’s.

Not everyone was pleased with her victory, particularly those in the crowd cheering for golden retriever Daniel.

Some even took to social media to express their frustration, alleging a long-standing pattern of preferential treatment when it comes to judging poodles and other so-called “blue blood” breeds.

But Siba’s elegant charm (not to mention her meticulously coiffed black fur) won the hearts of many. Murray-Clas says that her prize-winning pooch knows she’s special, adding, “I think everything she does shows that.”

As for what Siba will get up to in retirement? Hopefully, eating as much chicken as she pleases.