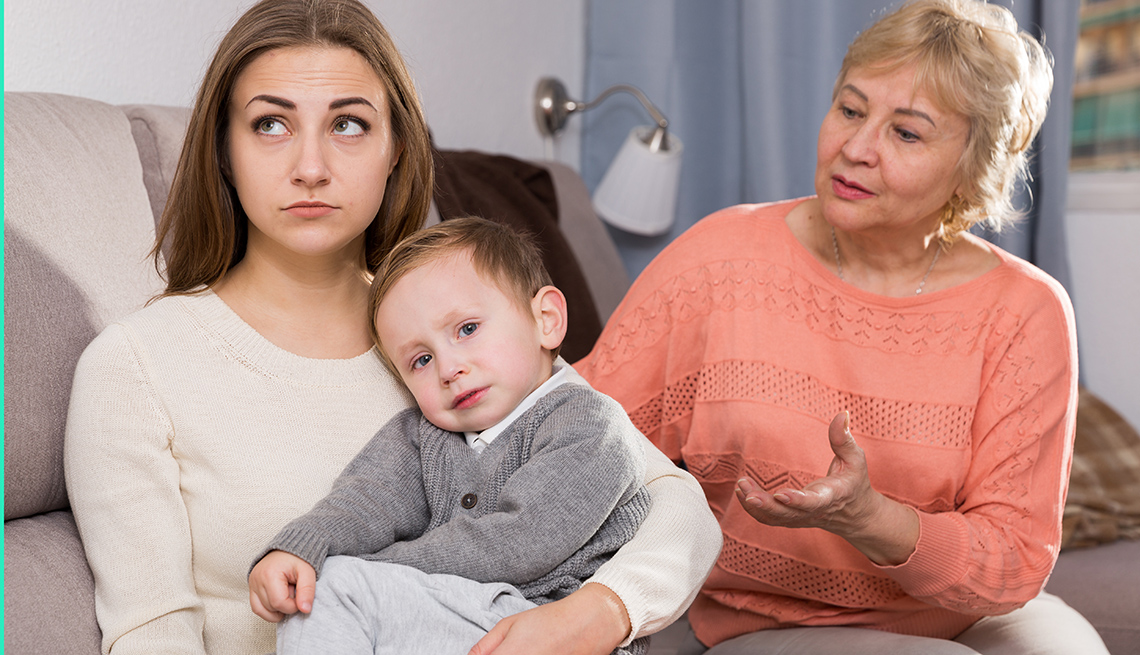 The C.S. Mott Children's Hospital National Poll on Children's Health surveyed 2,016 parents with children under 18 and asked them about the role of grandparents in their lives and in the lives of their children.

New views on discipline tactics — such as spanking and other types of corporal punishment — as well as new research on child safety, like using a booster seat or letting children stay home alone, can spur conflict.

Researchers found that when grandparents didn't support or comply with parents’ requests about how to raise grandchildren “parents were likely to limit the grandparent's time with the child,” says Sarah Clark, who codirected the national poll, based at the University of Michigan. “We think this has a negative impact for children and grandparents."

Generational differences can be an issue

Parents reported their most common areas of disagreement with grandparents about grandchildren, according to a new poll:

• 22 percent said treating some grandchildren differently than others

Kay Hickey, 86, of Amagansett, New York, says differences in parenting expectations may be caused by the age gap between parents and their children. “The most important difference is the cultural difference between my era and theirs,” Hickey says of her two children and four grandchildren.

Respondents to the poll said smartphones and the internet have presented parenting challenges that their own parents never faced. “I think that children today are absolutely immersed in their iPhones,” Hickey says. “I see them wherever they are, and I think it's horrible.”

Privacy concerns surrounding social media are also a common cause of disagreement.

"More parents are realizing that everything posted about a child creates a ‘digital footprint,’ “ Clark says. “As children get older, those cute photos or stories may become a source of embarrassment. [Those] situations can cause intergenerational conflicts.”

The poll found that such restrictions are most common when grandparents do not abide by parenting choices. According to the survey, about half of grandparents adjusted to align themselves with parents’ preferences when asked, but some also flatly rejected such requests.

The outcome in those cases were significant: 42 percent of parents limited time with grandchildren if grandparents refused to change their behavior when asked.

"The biggest thing we found in this study is that grandparents should try their best to comply with parent requests to change their way of interacting with grandchildren,” Clark says.

Norman Dreyfuss, 77, of Edwards, Colorado, has taken a noninterventionist approach when it comes to helping raise his six grandchildren.

"My philosophy is to stay out of it unless” advice is requested, he says. “We've never been that intrusive with our children or grandchildren."

Should you change your behavior?

Lenient parenting by grandparents can make adult parents feel their authority is being undermined. Preventing grandchildren from doing things allowed by parents also can create disagreements.

The most effective strategies to avoid intergenerational conflict center on communication and empathy, says Sarah Clark, codirector of the poll.

"Children benefit when parents and grandparents are on the same page, so make an effort,” Clark says.