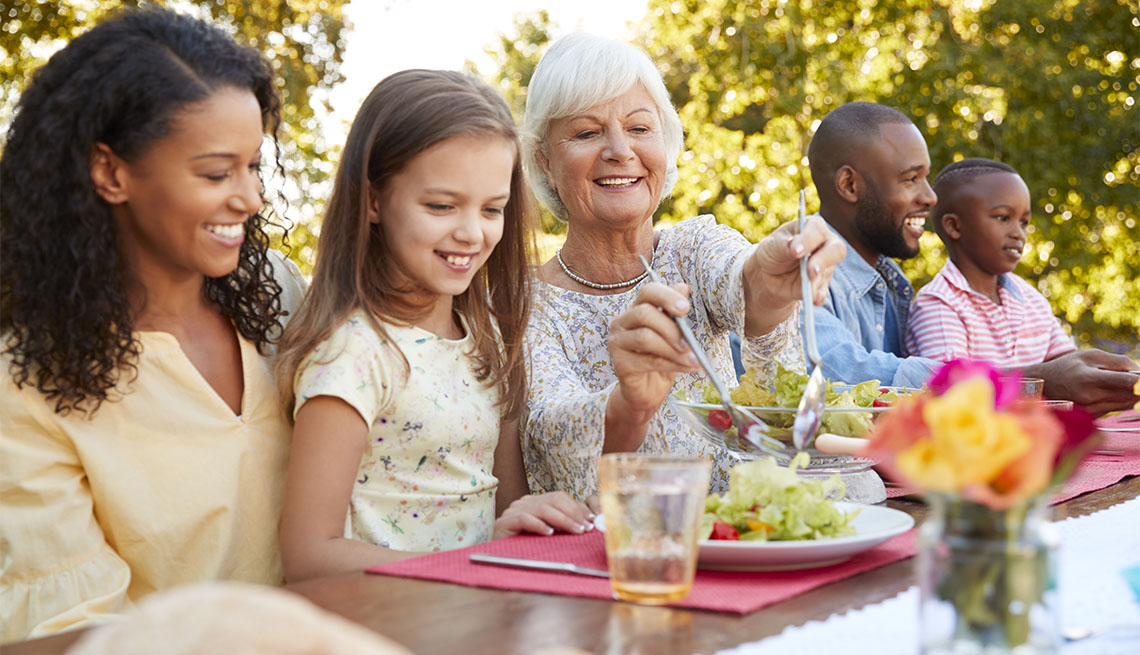 Alison Bryant, AARP's senior vice president of research, says that grandparents are navigating changes and adapting their role to fit the new family unit. “I've been studying grandparents for the past 20 years,” Bryant says, adding that the average age of a first-time grandparent is now 50. “What I see is a continued evolution of grandparents being way more in touch than people seem to think. The perceptions that people have, and certainly the way they're portrayed in the media — it's just really off.”

That evolution is particulary evident when it comes to the sensitive topics of multiculturalism and sexuality.

The survey found that the number of grandparents with multiracial grandchildren has increased — up to 20 percent of those surveyed in 2018. And of those who have mixed-race grandkids, nearly 90 percent say it is important for those grands to learn about the heritage they don't share; 70 percent are willing to dig in and help the kids with their explorations.

Still, some things have not changed. Grandparents continue to view their main role as being “imparters of wisdom and morals” and that of a respected elder, says Bryant. Sometimes old school vs. new school ways of raising kids can clash, especially when it comes to parenting styles and discipline. Most grandparents still believe their way of raising children was superior to their own children's current practices; they say parents today are too lax with their children, and 54 percent see spanking as an effective form of discipline. “There's frustration on both sides — parents and grandparents,” Bryant says.

AARP's “Grandparents Today” survey questioned 2,654 grandparents age 38 and older on a range of topics including health, attitudes about technology and travel.