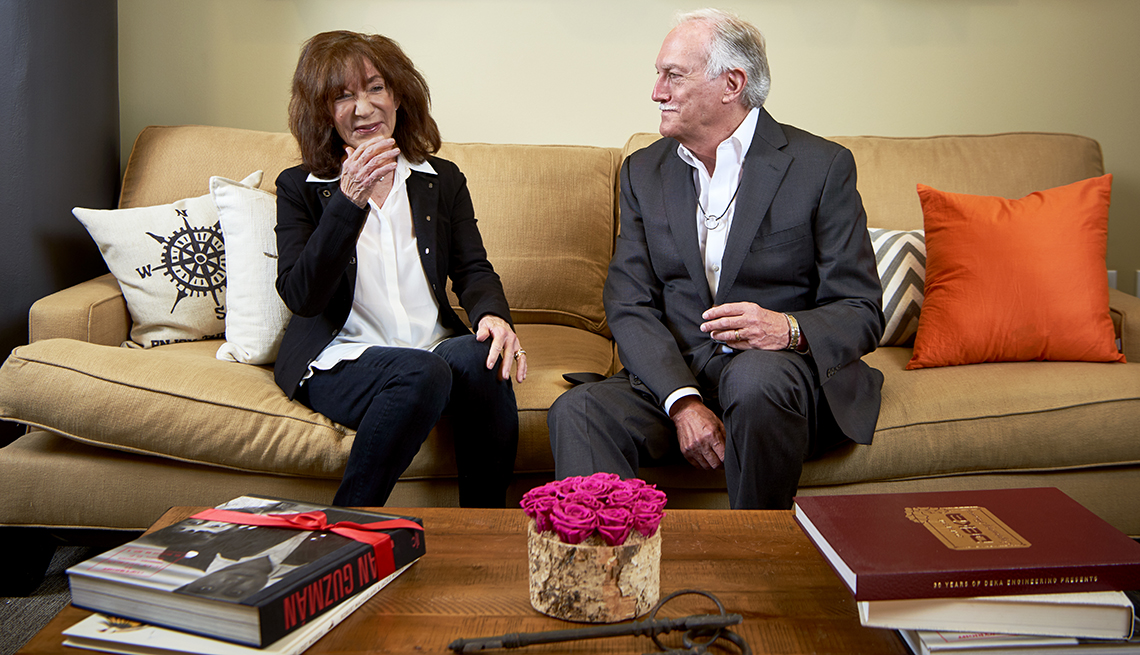 En español | You could understand if Jackie and Mike Bezos wanted to rest on their child-rearing laurels. As the parents of three children, including Amazon CEO Jeff Bezos, they could just take pride in raising a son who’s now the wealthiest person in the United States and leave it at that.

But they haven’t. Through their Bezos Family Foundation, Jackie, 72, and Mike, 73, have spent millions of dollars on projects intended to nurture the skills and opportunities of children.

One of their babies, so to speak, is Vroom, a program intended to boost children’s early brain development. Available in various free formats, including a smartphone app and regular text messages, Vroom shows adults (parents, teachers, paid caregivers and, yes, grandparents) how to use simple everyday activities to stimulate a child’s learning from birth through age 5 — a crucial time of development. Recent research indicates that certain brain skills — including paying attention, thinking flexibly and remembering things — are predictors of lifelong success. So, Vroom includes tips, based on academic research, for fostering these skills. For example, if your 2-year-old grandchild has a favorite song, one Vroom tip is to sing a line from the song, then pause to let her try to sing the next few words. That, according to Vroom, will help teach her to listen carefully and exercise her memory.

Here’s what Jackie and Mike had to say about their work, parenting and grandparenting.

AARP: How did you come up with Vroom?

Jackie Bezos: We have been funding research into the infant and toddler brain for quite a while. It became very evident that the science was out there, but it never really got into the hands of parents and caregivers, including grandparents.

Mike Bezos: We went to those neuroscientists who have conducted research and we asked them, “If you had three minutes to talk to a busy parent who is going to her second job and share what is important that they do to strengthen their relationship with their babies and toddlers, what would you tell them?” All of them started coming up with all sorts of terrific ideas and thoughts: “This is what they have to do.” “They have to look at the baby in the eyes when they talk to them.” “If the baby points at something, you follow that lead.”

They also shared why it was important that parents and caregivers do this. What’s happening in those babies’ brains? What is that strengthening?

Jackie: There was this opportunity to actually translate the science into actionable moments that parents and caregivers could use with their children. That was our starting point.

Mike: Later on, we started partnering with local organizations, communities, nonprofits that are already working in the early-learning field. They have taken Vroom and expanded it as a tool for sharing with parents. Everything that we had about Vroom — everything that we had developed — is at no cost to anyone to use. It’s available on our website. We are now reaching over 900,000 families in the U.S. and around the world.

For entertainment news and home & family advice, get our monthly Lifestyle newsletter.

AARP: Where do grandparents fit in?

Mike: We are so aware of the role that grandparents play. It has always been that way, but in today’s world, more so with busy parents. So everything that we share about Vroom is applicable to anyone who interacts with babies, toddlers or kids. Grandparents have so many stories to tell. They have so much information to share with those kids, even at an early age of 6 months when they don’t really understand. They are learning to talk, and they’re getting themselves ready for when they can issue those first words. So talking to the baby or reading to them is big.

Once parents and caregivers, grandparents, aunts, uncles — anyone — understand the science behind these methods and know how to interact with babies, they cannot undo it. They cannot unknow it. It totally changes the way you behave toward that child.

AARP: What kind of an influence do you want to have on your 11 grandchildren?

Jackie: Well, I have to confess that right now my title in the family is Captain of Chaos.

AARP: Tell us about it.

Jackie: It’s really just because I try to have crazy fun with the kids when we’re all together. We have a grandparents camp every year that we throw for a week, and it’s all very heavily themed, and all 11 of them come together. For example, one time they spent a week learning about engineering and innovation. Then the children built small bridges and obstacle courses that the whole family competed in.

Mike: We’ve been doing this for 12 years now.

Jackie: We had a theme for each year, and the biggest part of this is to trigger or spark curiosity. So they actually become someone different every summer, collectively. We do crazy things. The very first one, we pretended we were survivors of a shipwreck off the coast. The setup was, they didn’t know each other when they came together as survivors. They didn’t speak the same language, and they had lost everything when the ship went down. So they had to make their own clothing. They had to come up with their own written and oral language so they could communicate with one another. Then they had to figure out who was going to be charged with which task for their new entity — their new country — and so they picked the oldest one to be the governor. Now the governor is sitting one office away from me as an intern here.

AARP: So, from your point of view, the more chaos the better?

Jackie: I don’t know if I believe the more chaos the better, but I’m not afraid of chaos.

AARP: What legacy do you want to leave for those 11 kids?

Jackie: What began this was our desire for them to know each other well and to realize that they share something very intimate, which is their family. I think life becomes very complicated, and it’s always wonderful to have someone you can trust to call upon. Each one of them now has 10 very trusted advisers who are walking through life with them.

Mike: I want my grandkids to think of me as another friend. Not as a grandfather who is unreachable or is to be treated differently than anyone else. I want them to know that I am very much to be treated as a friend, as more than just a familial relation. I think we sort of have that relationship.

Games to get a grandchild thinking

When you’re changing your grandchild’s diaper, make funny noises to get him to giggle or coo. Then giggle and coo back at him. Try to keep going back and forth.

The science: You’re building the connections his brain will need later on for conversation and language.

Read all you can out loud — signs, recipes or ads in a magazine. Point at words and talk about what they mean.

The science: You’re helping your grandchild make her first links between written words and what they stand for.

As you fold the laundry, start calling the objects the wrong name or color. Call a pair of pants a “dress,” or a red shirt “purple.” See if your grandchild can catch your mistakes.

The science: You’re helping him learn to pay attention, to recall what he knows and to use self-control to stop copying you and say the right word.

Have your grandchild pretend to be a statue while you try to make her laugh and move. Take turns as the statue.

The science: She learns to tune out distractions to achieve a goal.

The science: He is learning empathy by trying to understand your emotion and to express his own feelings.

—As told to Jane Isay

Jane Isay is the author of Unconditional Love: A Guide to Navigating the Joys and Challenges of Being a Grandparent Today.