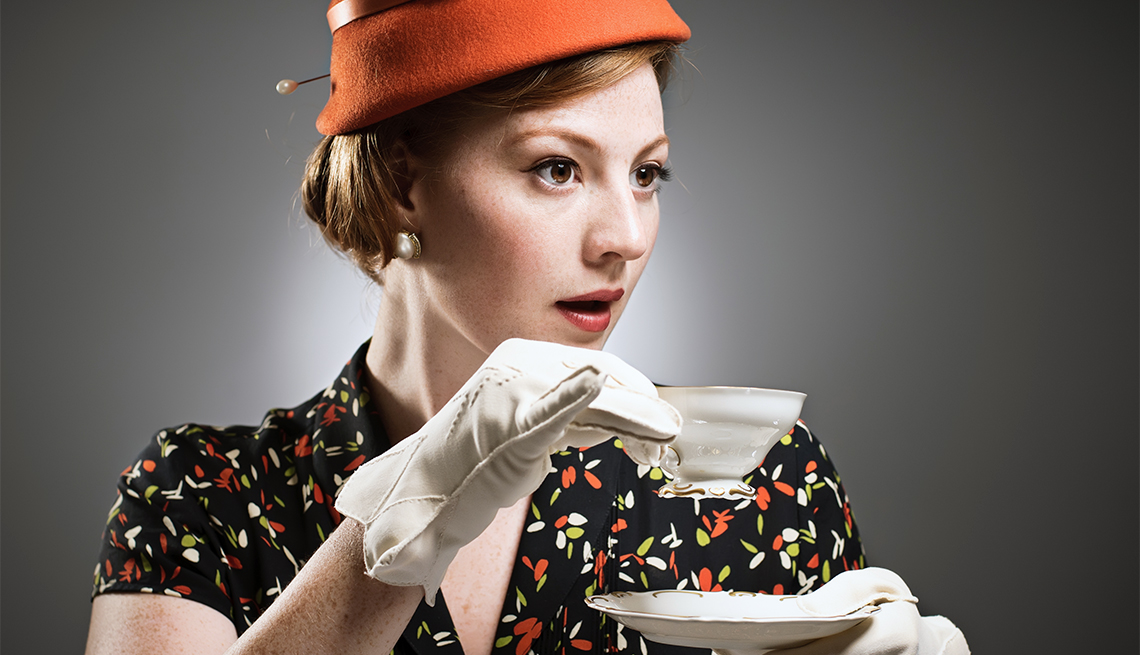 The core principles of good etiquette in any social situation are "consideration, respect and honesty,” experts say.

Etiquette might bring to mind formal dinners where you need to know which fork to use or be seen as a rube by the nose-in-the-air crowd. That’s not what etiquette is really about, insists Daniel Post Senning, great-great-grandson of the famed manners maven Emily Post and an etiquette expert at the Emily Post Institute.

Senning says Emily Post would agree that “good etiquette is about investing in the quality of the time you spend with others. It’s about caring for others, caring for their comfort and enjoyment.”

Etiquette definitely matters. But it’s not about the fork.

A few guidelines from Senning:

Depending on the occasion, if you’re a guest in someone’s home you’ll want to bring a small gift as a thank-you. Use your judgment as to whether it’s appropriate: You don’t necessarily need one if you’re stopping by a neighbor’s for coffee, but when someone is going through some effort as a host, it’s a nice gesture, says Senning, who adds that “whatever you give, it shouldn’t feel like an obligation; you want to give it with a spirit of generosity.”

Sweets or gifts for the home. “Things like candles, soaps,” Senning says. “Those kind of disposable luxuries are really a nice approach. Or bring something that has a personal connection. Maybe they really love the doughnuts in your town, so you bring some doughnuts.”

Flowers. “It’s nice to bring them in a little vase or in a way that’s easy to deal with. You don’t want to just bring long-stemmed flowers wrapped in paper. You want to make it easy for your host.”

Wine. “Think twice about bringing it. Not everybody wants alcohol, and some [hosts] don’t know what to do with it. They think, ‘Am I expected to serve it?’ The answer is no. If you’re bringing a bottle of wine you shouldn’t expect them to serve it. If you know it’s what someone really likes, wine is not a bad gift. It’s just something to think about.”

Whether you get an evite or a formal printed invitation, it’s considerate to tell the host as soon as you can whether you’re coming.

No maybes. “I think the hardest thing for any host is a question mark on a guest list,” Senning says. “I’m not a big fan of the ‘maybe.’”

Hosts should ping nonresponders. “If you’re hosting the party and haven’t heard back from people, it’s OK to do a follow-up and ask — without being accusatory — if they’re coming.”

“Sometimes something’s a cliché because it’s true,” Senning says, “and one of the oldest clichés about gift giving is that it’s the thought that counts.” It’s so true, he adds.

Put thought into it. “You want to think about the person and you want that gift to reflect that forethought, a generosity of spirit, a little bit of care and investment in the relationship, and what you know about the person. That is much more important than the dollar value or the particular thing that’s exchanged.”

Gift cards. “There’s nothing wrong with them, but make an effort to make it personal in some way  — at least jot a little note with it. Maybe you want to get them a book but don’t know what they like to read, so give them a gift card to a local bookstore. That’s one way to personalize the thought.”

Written thank-you notes are a simple way to express gratitude when a gift isn’t given in person. It’s also thoughtful to send one when someone has done something especially kind or helpful for you.

When you don’t need to write one. “If you’ve thanked someone in person, warmly, generously — you’ve looked them in the eye, you’ve smiled — you’re probably covered,” Senning says. “Most people will acknowledge that as the most meaningful, significant way to thank someone.”

When you do. “If you haven’t had that opportunity, you absolutely want to write a note. They don’t need to be a big deal — the person’s name at the top, then two, three sentences. If you don’t send one, the ‘thank-you note police’ will not come take you away, but how good does it feel when you get a little note in the mail? Isn’t it nice to think about making someone else feel good?”

Emailed thank-yous. “An emailed thank-you message can feel impersonal to people. I’m not saying don’t use it, but I like the idea of sort of notching it up. The handwritten note really tells someone that you’ve invested a little of yourself in that thanks.”

Just remember the core principles of good etiquette in any social situation, Senning says: “Consideration, respect and honesty. They’re the same wherever you go.”