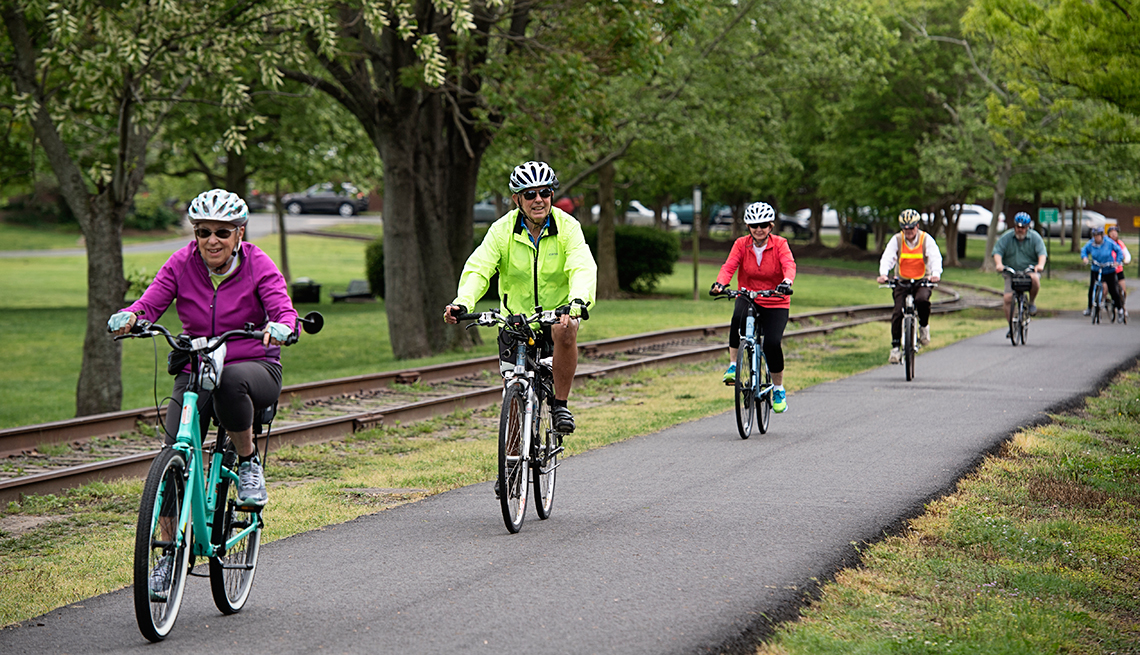 The Washington Post/Getty Images
By
Tracy Thompson
AARP
May 09, 2017

The 15-year-old “village” movement, in which older residents of a neighborhood form a nonprofit community group to help one another remain in their own homes as they age, is seeking new members from the boomer generation.

And the 50+ set, most of whom aren’t yet looking for household companions or drivers to get them to doctors’ appointments, are finding in the movement a new sense of community and a way to make new friends.

Between 30 and 40 percent of the roughly 220 villages that have been formed across the United States in the last decade and a half have recently opened membership tracks to younger members, Natalie Galucia, head of the St. Louis-based Village to Village Network, told the Washington Post.

Younger members who don’t necessarily need all those things can join for a reduced fee and become “associate” or “social” members. Those groups usually focus on strictly fun outings — things like bike rides, wine tastings, girls’ nights out and bridge clubs. There’s no age limit: Some older members who don’t need all the services pay only for social memberships, too.

At Home in Alexandria, a village group in Northern Virginia, was formed six years ago.

“There was a perception that we’re just a bunch of old people sitting around at home dying,” executive director Cele Garrett told the Post. Instead, her group found that many members were joining purely for the social aspect. Now, she said, “We do maybe a dozen things a month, which is why our social membership has become so popular.”

An added benefit: As long as social members do not receive any tangible services in exchange for their dues, the villages’ nonprofit status means that those dues are tax deductible. And when the day comes, as it will, when boomers find they actually need the services the villages provide, they’re already members.

“You will not be calling a stranger for help,” said Lynn Golub-Rofrano, who heads a village in Washington, D.C.’s Georgetown area. “You’ll be calling someone you know.”