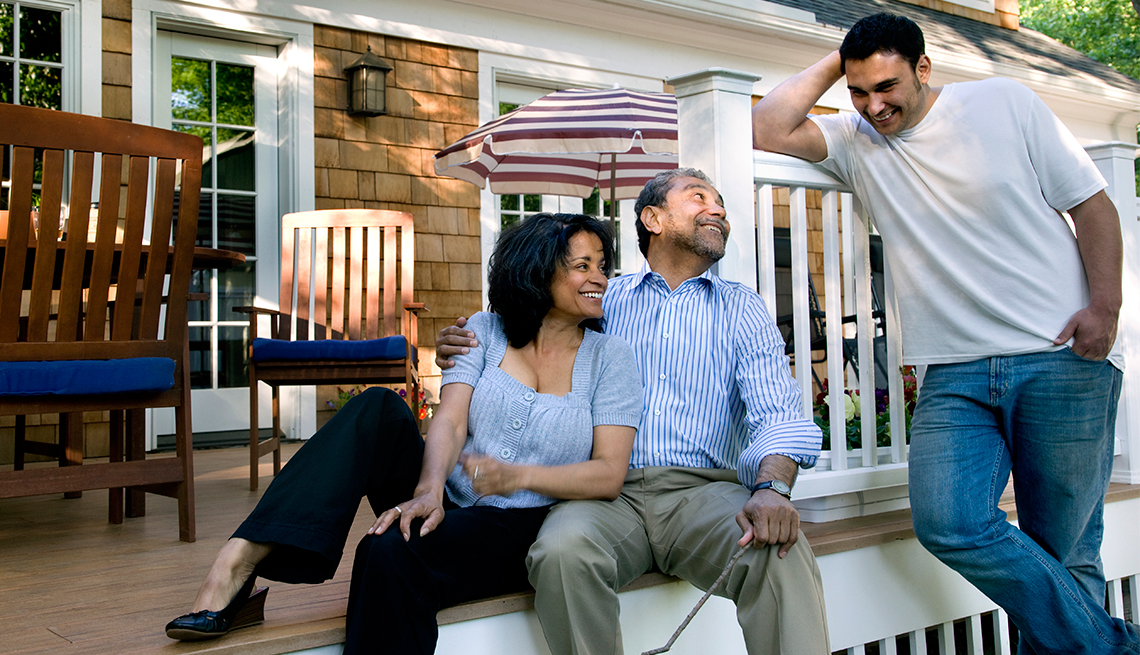 Boomerang adult kids can cause stress on parent's marriage.

After college graduation, my daughter lived at home for nine months, working part time and trying to launch her career. The job search was stressful for both of us. How long would it take to land a job in TV news? What was the backup plan if she couldn't find anything in that field?

Added to that disruption was our no-longer empty nest. Living with five roommates for four years, our daughter had developed definite preferences in everything. Suddenly my lifestyle was under scrutiny by her, from how often I ran the dishwasher to my cooking.

On a parenting website, moms vent about losing their empty nest. One mother, who refused to let her son move home, wrote: "We have really enjoyed the life we have created in our empty nest. It does not mean we don't love the kids — but after 30 years of nurturing them, we know they have the skills to do this well." Another mom, with kids already in residence, wrote: "I have suggested to my husband that we ask all the children to give us a weekend to ourselves once every two months, hoping that we can emphasize to the kids that we need our own space as a couple."

Researchers have studied how boomerang kids impact their parents' marriage. A 2013 study found that most empty nesters found no negative impact. However, five years earlier, the same 257 parents were asked the same question about the effect of a child's return on their marriage, and they reported marital stress. What changed?

In 2008, many college grads moved home because of high unemployment, says Eden M. Davis, a University of Texas doctoral student in human development and family sciences. By 2013, the economy rebounded, and moving home was a choice rather than a forced decision.

There's no denying that the husband-wife relationship is compromised with an adult child living at home, says Debbie Pincus, a therapist in Westchester County, N.Y. The relationship becomes a triangle, with two insiders and one outsider. Every marriage has its ups and downs, Pincus says, and the adult child often becomes the diffuser for tensions.

Parents also need to realize that no matter how self-sufficient an adult child, it's still an intrusion to have someone else living in a previously empty nest. Pincus' new college-grad daughter is living at home to save money. While she notes that their relationship is excellent and her daughter is self-sufficient, she says, "There's an energy she throws off, so I am still thinking about her a lot. It's just different than if no one was living here."

Pincus advises parents not to feel guilty about expressing their own needs, whether it's for more privacy or setting a deadline for the child to move out. But also be aware if the child is dragging his or her feet, it might be because of helicopter parenting. "The child can't fully separate unless the parent is willing to let go," she says.

With a little luck and encouragement, your child will eventually move out, sometimes on a moment's notice. My daughter came to breakfast one morning with a stunned look. "I just got a text with a job offer, and they want me to start in two weeks." Just like that she was gone to a new life, 350 miles away!