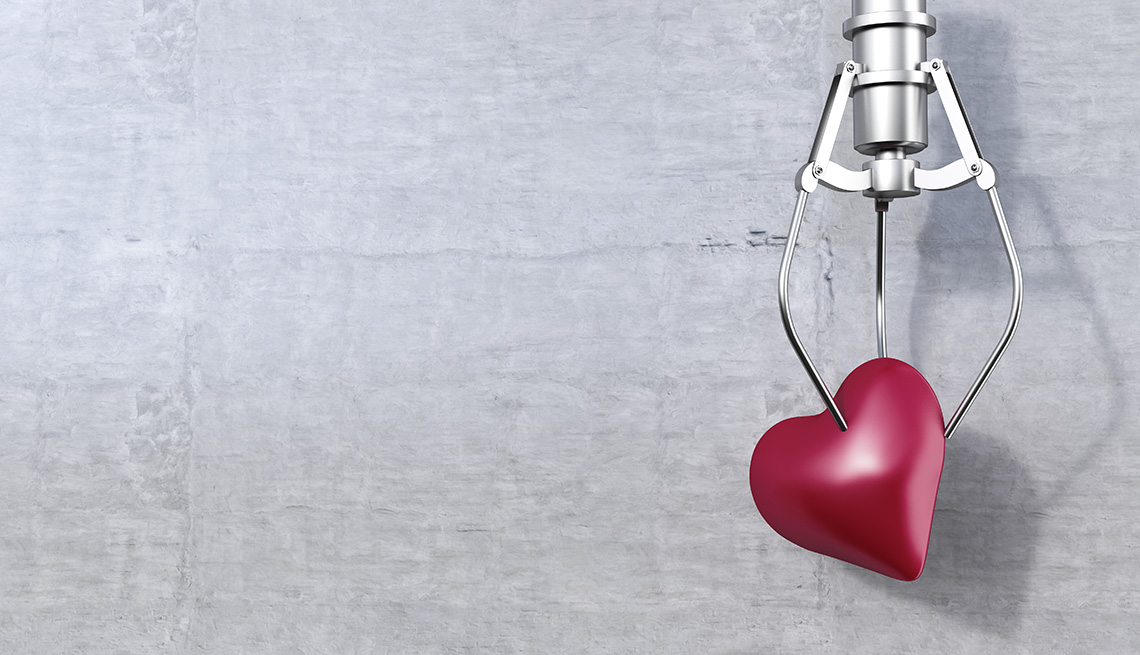 Most of us harbor a gauzy memory of an early love, someone we fell hard for then left behind. While we may not think of our lost loves often, the recollection reminds us what it was like to be young and head-over-heels. For some of us it ends there, with a smile and a melancholy sigh. But for others, that pleasant memory signals a beginning. Reuniting with your first love isn’t just the stuff of movies and romance novels: Nancy Kalish, Ph.D., emeritus professor of psychology at Cal State Sacramento, and author of Lost & Found Lovers, has spent more than two decades researching the lost love phenomenon.

Launched in 1993, her Lost Love Project analyzed 1,000 surveys in 50 states and 28 countries, with participants ranging in age from 18 to 89. Kalish made some surprising discoveries. The person more likely to try and rekindle a romance had a specific profile: The majority (82%) had been adolescents at the time of their initial romances: 55% had been 17 or younger; 29% had been 18 to 22, and 10% had been young adults, 23 to 29 years old. No matter how old they were when they reunited and no matter how many romances they had had during their lives, 62% of the participants reported that they chose to reunite with their first loves. The older they were when they reunited, and the longer they had been separated, the better the odds that the reunion would endure. In fact, an astonishing 72% reported that they were “still together” at the time they filled out the surveys (and in one case, the participants had reunited 50 years prior to participating in the study).

First loves defied the divorce rate, too: 78% of reunited happily and remained in love over many years of marriage, with divorce a minimal 1.5%. Time and tide had not ravaged those early, intense feelings: 71% reported that compared to all their other loves in the past, the first love reunion was their most intense romance of all.

Why these rekindled romances endure is simple, according to Kalish: a shared history forms a powerful bond. “The couples grew up together; they spent their formative years together, and developed their identities with each other,” she says. The romances benefited from good friendships, too. “Many of my couples had not been in actual romances the first time. They were just friends, sometimes very young friends, like 8 or 9 years old. The shared roots are the important factor; old friends make us feel comfortable and we can talk about old times. It’s very healing to reunite.”

Kalish repeated her survey after the Internet made quick work of people-searching. “The Internet is creating these couples,” says Kalish. “Lost loves who would not have looked for each other earlier are now brought together through websites like Reunion.com.”

And therein looms a dark dilemma. “There is a decidedly detrimental and unexpected consequence to looking for a lost love online,” she cautions, and that is the destruction of existing marriages, often happy ones. In her first wave of research, Kalish says the affair rate among the couples was 30%; in her Internet-era study, that jumped to 62%.

“These already married participants had not gone looking for trouble,” Kalish says. But the scenario often played out in a predictable way. One lost love contacted another, and even though that person was married, an affair ensued. “These people did not expect the reappearance of a lost love to carry such a wallop. They thought they could merely catch up on old times, get ‘closure,’ or see an old friend.”

What’s the difference between a person who sends that first, inquiring email and the one who doesn’t? The non-re-kindlers, as Kalish calls them, were older when they dated their first loves than the re-kindlers; they had much shorter first-love romances and took less time to recover emotionally from the breakup; they’d separated from their first loves because they weren’t getting along, or had different expectations, or there was physical, sexual or substance abuse, compared to the re-kindlers’ situational factors (left for college or the military; parental disapproval, etc.). A full 70% of the non-re-kindlers said they would not try reunions with their first loves, even if they could.

The new study participants didn’t enjoy the same reunion success as the first—that number plummeted to 56% from 72% in the initial study—because most of the people who had affairs did not leave their marriages. “For the few reunited lost loves who did leave their marriages to marry each other, they had no regrets and the divorce rate was .4%. They took years to carefully consider this decision. But there was lingering pain, nonetheless,” Kalish says. Some could no longer live with their children; others lost their community standing and friendships; others took a financial hit as they divided businesses and assets with ex-spouses. And there was the enduring guilt about hurting innocent people—the children and the jilted spouse.

Kalish points out a telling difference between re-kindlers and a garden-variety affair. In an ordinary affair, the couple has no history together and may not know each other well. It’s more about excitement. But lost and found loves share a history and know each other deeply even after so much time has passed. If their original relationship was interrupted by external factors, they seek the control they lacked the first time around, when situations or parents broke the relationship. For those who want to leave lost-love reunions, “It’s very hard,” she says. “I would liken it for some people to an addiction, where you have to do it one day at a time and cold turkey. Any kind of backsliding, you’re back to square one, just like the alcoholic.”

While reuniting with your first love might work well for people who are single, widowed or divorced and had a good relationship the first time around, Kalish cautions that people who are not planning to leave their marriages should avoid the first love reunion. “If one is married just don’t do it,” she says. “Odds are pretty high you’re going to be devastated.”