During the worst years of my stepfather's dementia, his wildly paranoid rants terrified and stung my mother.

In a typical scene, she called me in a panic one afternoon while I was at work because he was screaming at her. When I arrived at their apartment, he was sitting on the living room couch, stabbing at the air in her direction with an accusatory finger and bellowing incoherently that she'd somehow ruined his life.

I quickly turned on the TV and put on the Golf Channel. As the bucolic sight of rolling fairways and putting greens drew his attention, he gradually relaxed. I had momentarily defused the situation but couldn't stop it from happening again and again over the next few months. Nor could I ever convince my mother to not take his misplaced fury personally.

It has long been a truism in caregiver research that it is behavioral problems and personality changes — even more than physical disabilities — that are most troubling to family caregivers. For example, it may be difficult for family members to physically lift a loved one whose body has been half-paralyzed by a stroke. But if that loved one is, at the same time, trying to push away caregivers' helping hands or blaming them for tormenting him, it makes caregiving infinitely harder. 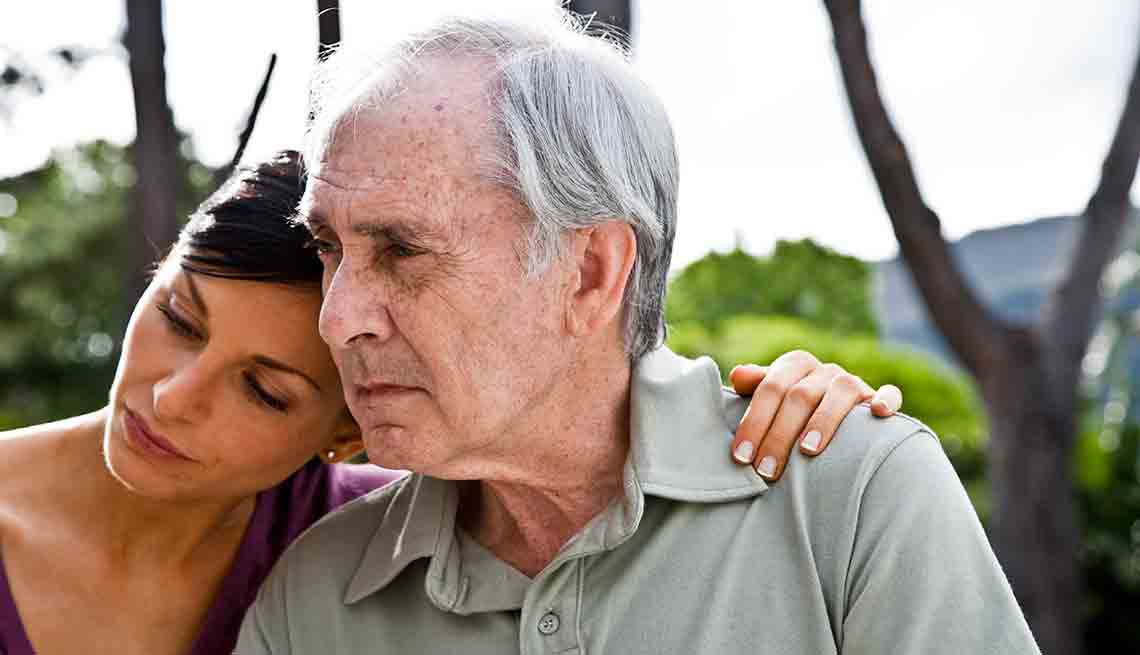 Caregivers of people with challenging behaviors have high rates of stress and depression.

All caregivers need a modicum of acknowledgement and appreciation to best sustain their efforts. But loved ones with cognitive and behavioral issues often don't have the capacity to say thanks, let alone cease lashing out at the very people who are taking care of them.

These and other challenges are documented in a new report, "Family Caregivers Providing Complex Chronic Care to People With Cognitive and Behavioral Health Conditions," by Susan C. Reinhard of AARP and Sarah Samis and Carol Levine of the United Hospital Fund. Based on data from the Home Alone survey of nearly 1,700 caregivers, the authors found that family caregivers of people with challenging behaviors often have little training and support to help them with their difficult loved ones. They also have much higher rates of stress and depression than do caregivers of patients without challenging behaviors. Caregivers under this kind of ongoing duress, in my clinical experience, are often the ones most likely to burn out.

Here are some ideas for better managing these difficult behavioral challenges.

Learn your loved ones' triggers and bring out their best

People with cognitive and behavioral problems are often highly sensitive to changes in their environment, including noise and light levels, the temperature and the amount of social stimulation. They may also function better and be more cooperative at certain times of the day than at others. By noticing the specific conditions that affect your loved ones most, you could avoid stressing them more than necessary and thereby decrease the chances they'll become agitated and resistant. In other words, take the path of least resistance and make demands upon them only under optimal circumstances.

Use calmness and clarity strategically

People with cognitive and behavioral problems are even more sensitive to caregivers' anger. Even if you have reached your limit with frustration, it is still crucial to approach care recipients with serene aplomb. Your ability to stay calm will have a calming effect on them. Keep your requests clear and simple. When meeting resistance, cajole lightly. If that still doesn't produce the desired cooperation, then back off for the time being before reapproaching your loved ones later when they may be more cooperative.

Work closely with your loved ones' physicians

People with dementia often experience greatly exacerbated cognitive deficits when they are suffering from some medical condition, such as an infection or metabolic change. People with depression often have bodily symptoms, such as increased pain, when suffering a worsening mood. Bring your loved one for medical evaluations regularly to treat all possible medical causes of behavioral changes. When physicians offer medications such as antidepressants or atypical antipsychotics to help control a care recipient's behavior, consider those treatments prudently. While those medications have potentially serious side effects, they are also a proven means of decreasing agitation and fostering family peace.

Because caring for loved ones with challenging behaviors is so stressful, it is even more imperative for you to find others who can step into your role at times so that you have regular respite. You may balk at this idea, arguing that no one else can do the job as well as you're doing. But no one can face a loved one's irrational anger day after day without either becoming angry herself or feeling numb. Neither is ideal for maintaining what should be the loving spirit of caring for a still-cherished, if addled, family member.

Barry J. Jacobs, a clinical psychologist and family therapist, is a member of the AARP Caregiving Advisory Panel.