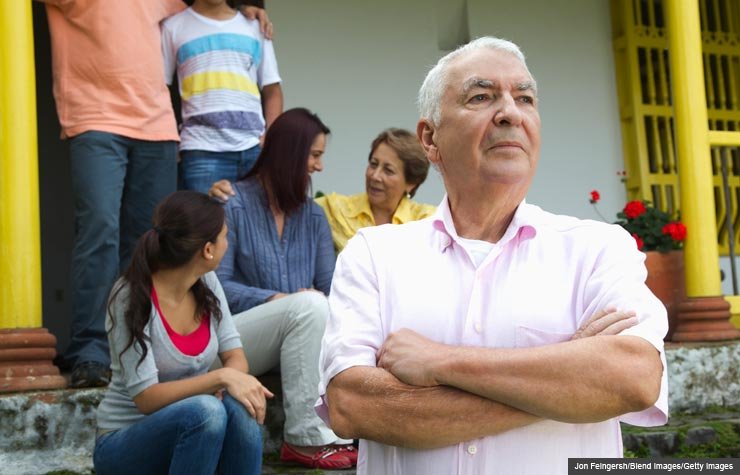 Caregiving power struggles are frustrating and can harm the quality of the parent-child relationship.

The worried 60-year-old woman tells a familiar story: "My 84-year-old father was always the boss at work and home and is used to being in charge," she says. "Now, even though his mind and body don't work so well, he still won't listen to me or allow me to do anything for him."

She is anxious to convince him to receive her loving care.

Many adult children tiptoe lightly around their parents' dignity and right to lead their own lives.

They hover on the sidelines until one of two things happens: Mom and Dad have the dawning realization they are getting older and could benefit from help; or there's a sudden event — for example, a broken hip due to a fall or car accident — that makes aid necessary without further debate.

Wanna talk? Need to vent? Need advice? Chat online with other caregivers in the same situation.

All daughters and sons pray for the first. When the second scenario occurs, many of them feel guilty that they didn't press their parents to accept assistance earlier.

In the last two years, the 60-year-old daughter has pressed hard. Her stubborn father has pushed back harder, though. "When I tried to hire someone to cut his grass to keep him from suffering heatstroke, he was furious at me for trying to take away his pride in tidying his own yard," she says. "When I offered to drive him to the doctor's office because he doesn't see well anymore, he refused, saying he doesn't need me."

They are at a standoff.

Out of a sense of urgency about his deteriorating capabilities, she makes increasingly frequent attempts to help him. Just as often, he squares his jaw and blocks her as if she — and not age — is the enemy.

These power struggles are frustrating and harm the quality of their parent-child relationship.

Here are several strategies the daughter could try to ensure her father's safety, but also appeal to his pride.

She can stress that receiving help can be empowering, not disempowering, for an aging parent: It is crucial for the daughter to show her father that she is his ally, not adversary, and that she fully supports his desire to live independently as long as he can. But she should also raise the prospect with him that accepting some help would allow him to do more of what he wants and maintain his self-sufficiency.

If he would receive help with mowing his lawn, then he would conserve energy he could then use for trimming hedges, whacking weeds or pursuing some other goal of importance to him. With the boost of helping hands, we all achieve more and go further. We become more, not less.

Emphasize the giving that is inherent in receiving: Many adult children who take care of their parents mature personally and spiritually from the experience. When aging parents allow their daughters and sons to be their caregivers, they are intentionally giving them that opportunity to learn and grow.

In contrast, aging parents who protest that they don't want to be a burden to their kids and therefore refuse to allow them to be helpful actually deprive their children of this growth experience. In my opinion, they are taking an independent stance at their children's expense.

The aforementioned daughter can make this point to her father by explaining how much it would mean to her if he would give her the chance to assist him. She could also remind him that he helped take care of his own parents when he was her age and, afterward, always felt pride in having done the right thing.

The daughter should make explicit to her father that her eyes are still upon him. If he can display calm acceptance and resolve in receiving care, it would provide her with a model of graciousness in the face of physical and cognitive decline.

If he persists in practicing denial and refusal, the lesson she'll learn is that old age is to be bitterly fought, rather than adapted to and embraced. His choice of grace would make a positive difference in her old age.

Dr. Barry J. Jacobs, Psy.D., is a clinical psychologist and family therapist who writes regularly about caregiving issues for AARP. He is the author of the book The Emotional Survival Guide for Caregivers — Looking After Yourself and Your Family While Helping an Aging Parent (Guilford, 2006).