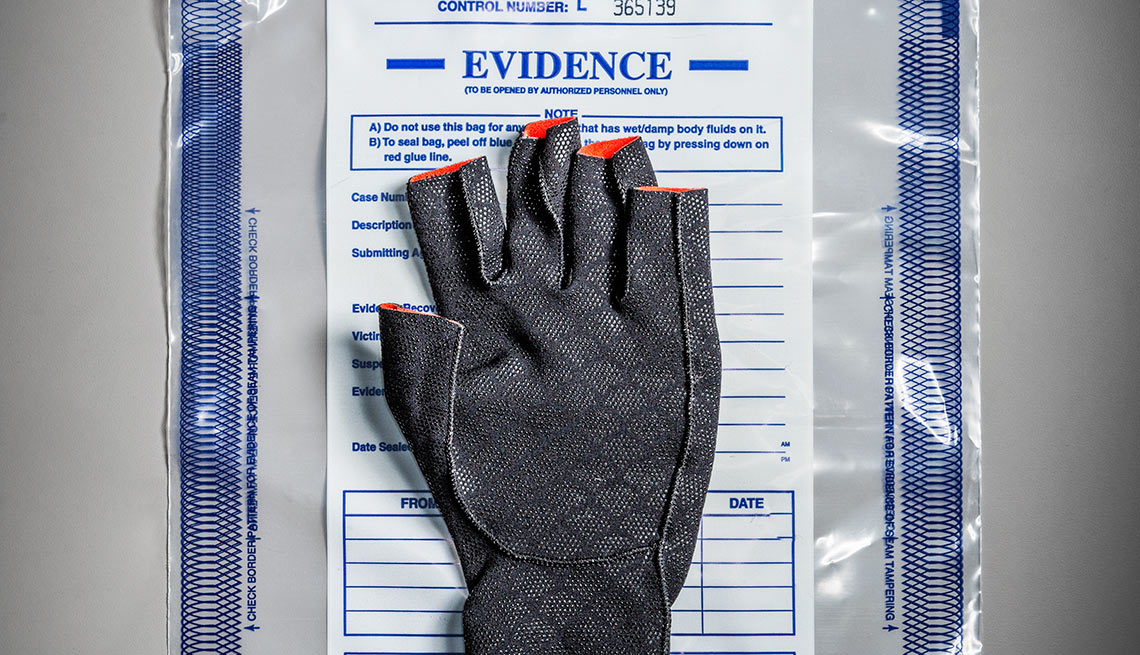 Last fall a telemarketer dialed Ryan Stumphauzer's work number in Miami. "Are you 65 or older? Do you have chronic pain?" the caller asked, offering to hook Stumphauzer up with a doctor who would prescribe a topical pain cream, for which the government would pick up the tab. "All we need is your Medicare number."

Talk about barking up the wrong tree. Ryan Stumphauzer is only 39 years old. What's more, he's a lawyer who, before entering private practice, was deputy chief of the health care fraud unit at the U.S. attorney's office in southern Florida.

Such cold-call solicitations "are 1,000 percent a red flag," explains Stumphauzer, who immediately notified the FBI. "Legitimate health care practitioners don't go around fishing for clients." Nor do they collect Medicare numbers over the phone.

Confused by Medicare forms?  Get help from others like you

Stumphauzer's experience is indicative of how brazen fraudsters can be, shotgun-blasting people at random. Why so bold? Maybe because the profit margins on seemingly innocuous medications can be high. Topical pain creams can carry a Medicare price tag of more than $260 a tube. Unscrupulous doctors in league with corrupt pharmacists or crooked medical suppliers will overprescribe the creams to patients. The doctor, pharmacist or supplier bills Medicare, then they divide the pie as they see fit. Sometimes they'll even substitute a cheap pain cream for the real thing.

This scam illustrates a basic feature of Medicare fraud: Like a pernicious virus, it is constantly evolving, giving investigators all they can handle as they seek to keep it under control.

"They're [always] looking for other scams," explains Dennis Jay, executive director of the Washington-based Coalition Against Insurance Fraud. "There's far too much money in this for them not to." When the heat gets turned up on one type of Medicare fraud — as it did on motorized wheelchairs and nutritional supplements — perpetrators shift gears and devise a new ploy.

As Jennifer Leonard, an FBI agent in charge of the Washington field office, puts it: "Fraudsters morph." They ply their illegal trade by telephone and many other means. A scam will work in one region of the country, then be picked up by criminals elsewhere. The best way to protect yourself from being victimized is to be aware of the most recent types of fraud emerging around the country. Here's a sample of Medicare schemes currently attracting the attention of antifraud experts.

A simple bait-and-switch scam making the rounds in Texas — via telemarketing, TV commercials and pushy door-to-door salespeople — involves an all-purpose "arthritis kit." Medicare recipients are targeted. They're promised relief from chronic joint discomfort, thanks to the latest in lightweight, high-tech osteoarthritis braces specially designed for troubled knees, backs, ankles, hands and elbows. "Instead you get a bunch of Velcro braces and assorted knee and ankle wraps," says Micky Heidrich Moore, a volunteer member of the Senior Medicare Patrol, a federal public education program. Meanwhile, the kit supplier bills Medicare $3,000 for state-of-the-art braces and splints.

Home health care scams, which Moore has seen in South Texas, are proliferating in places around the country.

In April alone, federal prosecutors won criminal convictions against home health care fraudsters in Louisiana, Michigan and Illinois. The new wrinkle is to sign up clients for services ranging from physical therapy to cooking and cleaning assistance. Companies charge Medicare for professional-caliber services but provide either low-level care or nothing at all. "The thing that continues to surprise me is how creative scammers are," Moore says. "Scammers are the most creative people on the planet, second only to [computer] hackers."

Phony mental health centers geared toward seniors are popping up in some communities, says Diane Cutler, supervisory special agent in the Investigations Branch of the U.S. Department of Health and Human Services (HHS) Office of Inspector General. Some are nothing more than storefront social clubs, but the operators bill Medicare for phantom psychological counseling and even conspire with ambulance companies to bill for unnecessary rides. Community mental health center scams are believed to have originated in Miami, which is "ground zero" for Medicare fraud, Cutler says. They have since cropped up in Texas, Louisiana and Michigan. "Fraud is migratory in nature," she says.

John Fullerton, a geriatric internist in San Francisco who is an expert for the government in prosecuting Medicare fraud and abuse in California clinics, says the popular forms of Medicare abuse he's watching entail doctors and pharmacists unnecessarily prescribing "high-value" Medicare Part D prescription drugs (or filling phony prescriptions) and ordering unwarranted high-end diagnostic tests. Fullerton says the public doesn't grasp the degree of collusion behind most Medicare scams. "They are sophisticated. They involve multiple cities. It's coordinated. It equals organized crime," he says. "There's no other way to define it."

Brooklyn leads the nation "by far" in physical therapy billings, says Scott Lampert, lead investigator for the HHS inspector general in New York, and these numbers are driven by frivolous claims. For example, a sleazy doctor or physical therapist will give a patient a hydromassage — which Medicare does not consider a reimbursable treatment — and bill Medicare for $100 to $150 of physical therapy. Some patients get this treatment nearly every day, and some get $20 in hush money per session. "We have a group of professional beneficiaries," Lampert says.

This universe of Medicare graft — which also encompasses the likes of diabetic test strips and hospice nursing care — is ever expanding. The conservative estimate is that sundry frauds total about $60 billion a year, roughly 10 percent of the program's overall expenditures. However, Malcolm Sparrow, a professor at Harvard University's Kennedy School of Government, has tracked Medicare crime for more than 20 years and believes the fraud rate "could easily be as high as 20 or 30 percent." He notes that Medicare is considered such easy pickings "some of the street gangs in Los Angeles are now involved in health care fraud." Ryan Stumphauzer, the former federal fraud prosecutor, says "the problem is bigger than people can imagine."

The numbers game favors chicanery. Medicare paid $247 billion for assorted outpatient services in 2013. Every month some 18,000 new providers — from nursing homes to pharmacists to physical therapists — enter the system. Every day Medicare processes roughly 4.4 million claims, most of which by law must be paid within 30 days. There's no time for rigid oversight; only 3 percent of all claims are spot checked by Medicare staff. 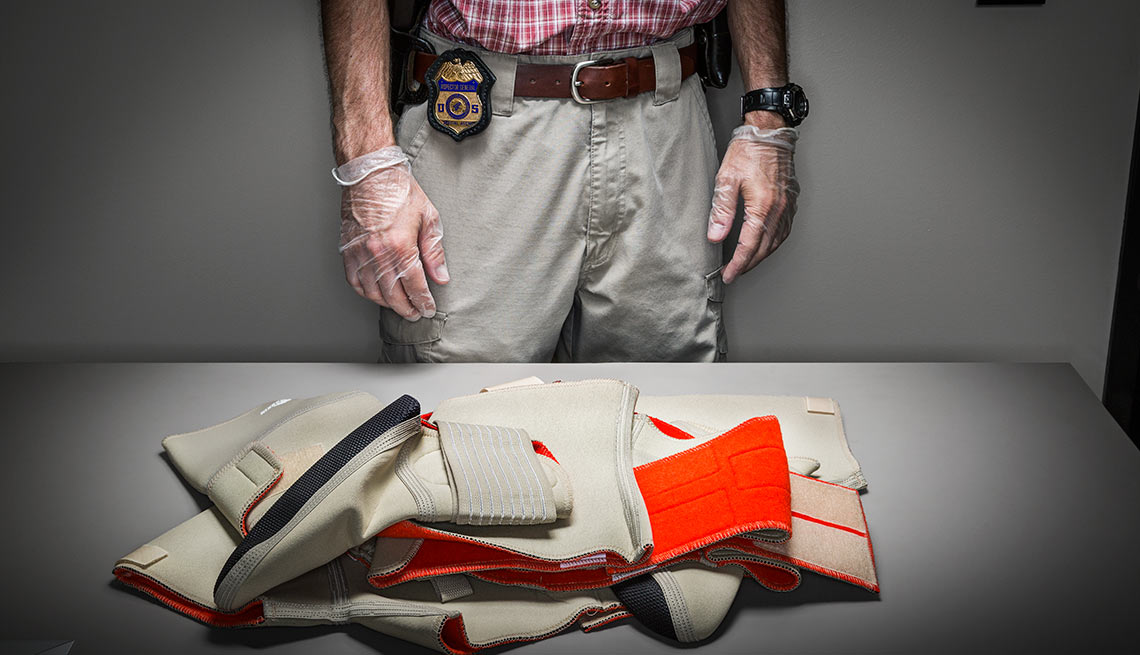 Although Medicare Fraud Strike Force teams are operating in nine cities, there still aren't enough of them.

Turning up the HEAT

The good news is that the federal government's HEAT initiative (an acronym for Health Care Fraud Prevention and Enforcement Action Team) has proved very effective. It's a joint effort of the Department of Justice and the Department of Health and Human Services. Medicare Fraud Strike Force investigative teams now operate in nine cities: Miami, Tampa, Baton Rouge, Los Angeles, Detroit, Brooklyn, Houston, Dallas and Chicago. The main criticism of the strike force teams? There aren't enough of them.

Since 2007, strike force operations have brought charges against almost 2,100 defendants responsible for more than $6.5 billion in bogus Medicare billings. The strike forces initially focused heavily on high-priced durable medical equipment, in particular motorized wheelchairs and scooters, which had become something of a fraud fad. Doctors took kickbacks from distributors to prescribe power chairs for healthy, ambulatory patients. The distributors, in turn, provided no-frills wheelchairs but sent Medicare a bill for models costing thousands of dollars more. As strike forces tightened the screws, annual Medicare spending on motorized chairs declined precipitously, from $686 million in 2007 to $190 million in 2013.

While a lot of dirt is being flushed out of the pipeline, no one harbors any illusions about completely cleaning up Medicare fraud. "It's where the money is," says the FBI's Jennifer Leonard. "It's a growth industry for opportunists."

The future of fraud detection presumably lies in the evolution of data analytics, which should make it possible to quickly flag suspicious Medicare billing activity and identify bad players. But Dennis Jay of the Coalition Against Insurance Fraud predicts the battle won't be won without a substantial public awareness component. A large majority of Americans need to realize Medicare fraud isn't a victimless crime, that this is a social contract every citizen has an obligation to preserve and protect.

"The real savings in all of this is not the technology to catch people," Jay says. "It's convincing people never to commit fraud."

Tom Dunkel is a writer based in Washington, D.C.