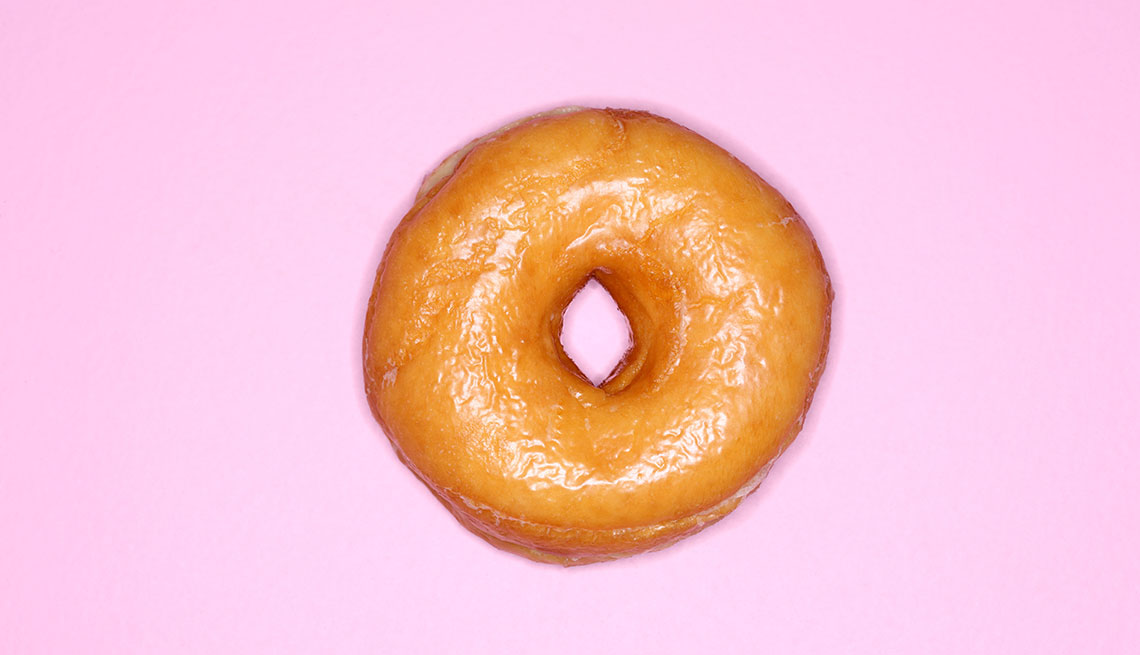 Looks can be deceiving. There may be more sugar in your breakfast than in this glazed doughnut.

When you think about starting your day off right with a healthy breakfast, you probably don’t think of a glazed doughnut. Most people would probably pick yogurt or cereal as a better alternative. But a report by Business Insider brings to light how perceived healthier options can have more sugar than a glazed doughnut.

For the sake of this experiment, Business Insider recently reviewed the sugar content of glazed doughnuts from three major doughnut shops and found they averaged about 15 grams.

The report then looked at the sugar content of other popular breakfast foods. Some of the findings, per serving:

Is any of these on your breakfast menu? If so, no need to panic, you can still have your favorite breakfast — with a few modifications.

For example, classic Cheerios with milk and Yoplait Greek 100 have just 7g of sugar each per serving. There are also several items on the menu at Starbucks with less sugar, including the cinnamon raisin bagel with butter, which has 11g of sugar.

AARP previously reported on 10 ways to reduce your sweets while still enjoying that treat. According to our report, one big benefit of a low-sugar diet: It will reduce your chances of developing diabetes, a chronic disease affecting 29 million Americans that has been linked to the nation’s growing obesity epidemic.