The Health Benefits of Fat

Quit the body shaming — a little pudge has its place 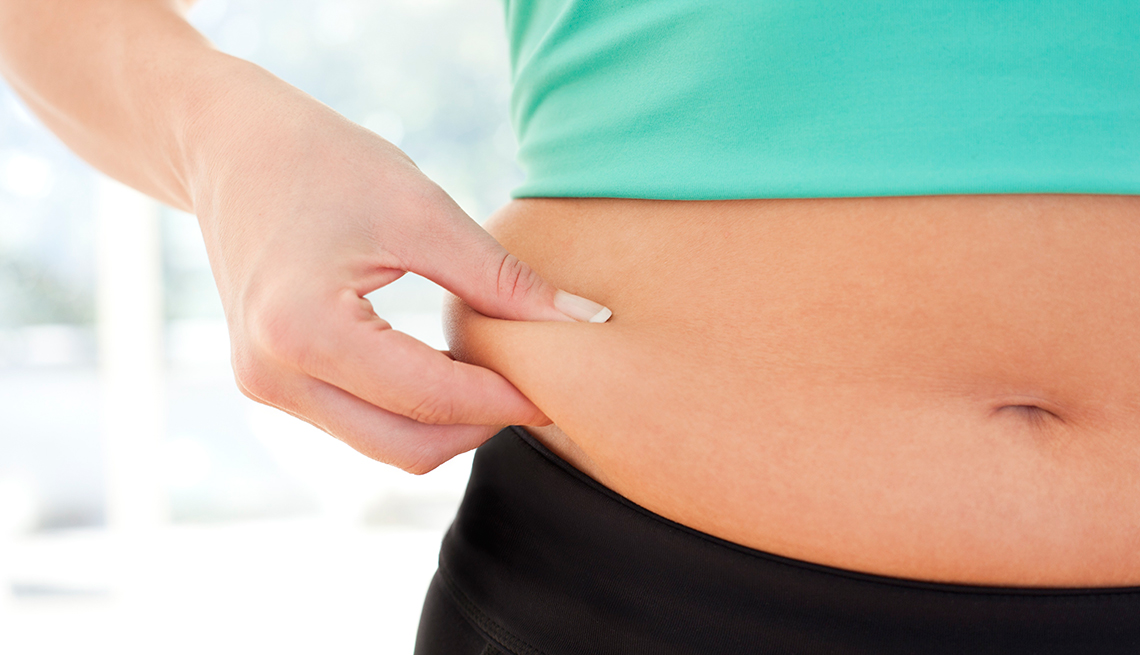 There are several ways that your body fat is of benefit to you.
Getty Images
By:
Stacy Julien
AARP
Apr 18, 2017

By no means are we encouraging you to double your food portions after reading this story. In other words, don't go get fat.

An excess amount of poundage, even on so-called "healthy" obese adults, increases the risk of developing heart disease, according to a recent Danish study. Too much fat is also linked to type 2 diabetes, osteoarthritis and certain cancers.

But ... a healthy amount of fat on your body has its benefits. Let us count four ways.

Fat serves an important role for storing energy. "Older people tend to lose weight in the later stages of life, so having those energy reserves is beneficial," says Dain LaRoche, a kinesiologist and associate professor at the University of New Hampshire. Eons ago when humans had to hunt for food, that fat storage helped us survive through the winters, he says. Having some fat reserves also aids cancer patients, who often lose weight and become frail during advanced stages of the disease.

Our fat-soluble vitamins — A, E, D and K — are absorbed in the body's fat tissue. "If people cut out all the fat in their diet, they would be deficient in those vitamins," LaRoche says. And it's less about having the fat, and more about consuming foods that have fat. By eliminating foods with fat, you miss out on nutrients that play a role in reducing inflammation, clotting blood, keeping your skin healthy and strengthening bones. You cannot find these important vitamins in doughnuts, but you can in fortified milk products, cold-water fish, carrots, avocados and a host of other foods.

In bone-chilling weather, the overweight dude has the advantage over the thin guy. Why? Fat is an insulator, so it's like wearing an extra layer of clothing. "When you're exposed to extreme cold weather, fat retards heat loss. It's an adaptive mechanism to help keep a core temperature," LaRoche says. Some studies have suggested that cold-water swimmers with a higher body mass index (BMI) have a lower risk of getting hypothermia.

4. Protects the body from trauma

Visceral fat (fat located around your organs) provides padding and a source of energy for the kidneys, liver and heart.  Fat provides a layer of protection, almost like a barrier to physical trauma, LaRoche says. Think of the pounding athletes in contact sports take when competing and training. Fat comes in handy for them, and it has for you with the bumps and falls you've taken over the years.